Book Review: "Maximalist: America in the World from Truman to Obama" 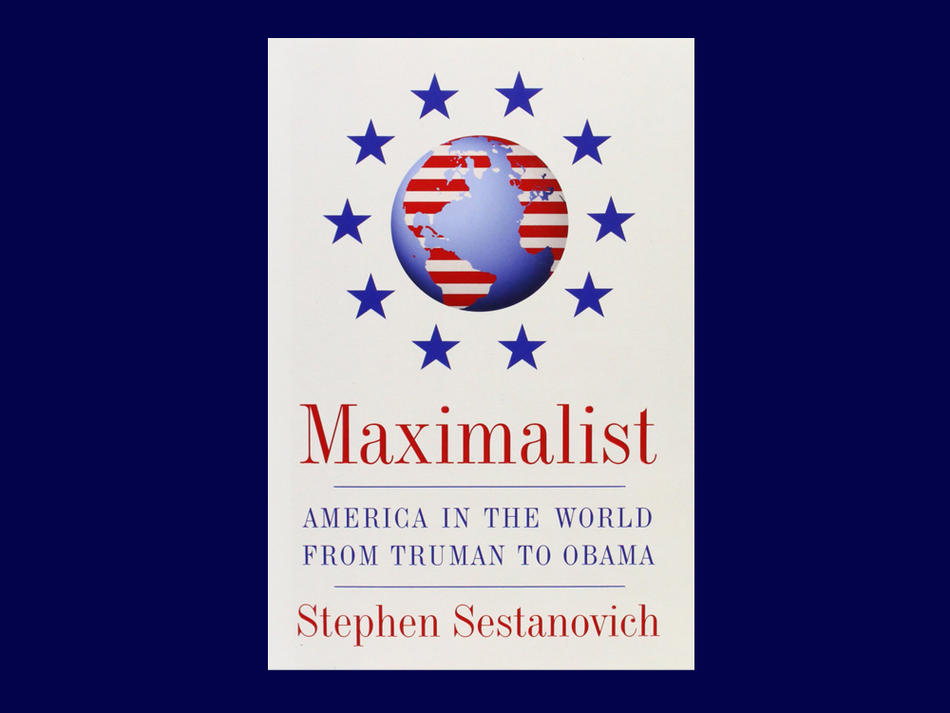 When Lyndon Johnson assumed the presidency in 1963 after the assassination of John F. Kennedy, his top priority was the large-scale program of domestic-policy reform that he would call the Great Society. As his term progressed, however, he found his attention and that of his advisers increasingly commanded by the war in Vietnam. In Stephen Sestanovich’s telling in Maximalist: America in the World from Truman to Obama, while Johnson was deeply skeptical about the utility of increased US involvement, his advisers largely were not: they unanimously favored escalation, differing only on the degree. Thus, the leader of the free world ended up feeling trapped in a policy he didn’t really believe in, one that would ultimately consume his presidency.

The intimate relationship between presidents and their closest foreign-policy advisers is Sestanovich’s subject in Maximalist. This is not a conventional history, nor a diplomatic history, but an extended interpretive essay. The questions Sestanovich asks are straightforward and revealing: What did these presidents want to achieve in office with regard to national security and foreign policy? To what extent did events and external circumstances constrain them? How did their closest advisers influence them? And finally, were they successful, in achieving their objectives and in doing well by the country they led?

Sestanovich has spent his career alternating between scholarship and policymaking, a dual perspective that serves him admirably here. A professor at Columbia’s School of International and Public Affairs and a senior fellow for Russian and Eurasian studies at the Council on Foreign Relations, he has also served in the administrations of presidents of both parties — on Ronald Reagan’s National Security Council staff and as Bill Clinton’s ambassador at large to the states newly independent from the Soviet Union. He is accordingly well positioned to evaluate policymaking at the highest level from a nonpartisan perspective.

Sestanovich’s title, Maximalist, captures half — but only half — of his thesis. What he detects over seventy years is an oscillation between presidents who have been “maximalist” in their approach to world affairs and those who have presided over periods of retrenchment — what he calls “the school of ‘more’ and the school of ‘less.’”

Inevitably, the closer the book comes to the present, the more the politics of the moment threaten to encroach. Evaluating Truman and Eisenhower is one thing; doing so with George W. Bush and Barack Obama, when partisan passions are running so hot, is a significantly taller order. Yet Sestanovich delivers an account that a reader sympathetic to both the forty-third and forty-fourth presidents, if there is such a reader, will find judicious.

Into the “more” category fall Harry S. Truman, responding to the expansionist aims of the Soviet Union in Europe and Asia despite his natural inclination toward tightfistedness; John F. Kennedy, especially in his confrontation with Soviet premier Nikita Khrushchev over nuclear missiles in Cuba; Lyndon Johnson, reluctantly ratcheting up the American commitment to the Vietnam War; Ronald Reagan, with his commitment to a US military buildup that the Soviet Union would bankrupt itself trying to match; Bill Clinton, a “hybrid” case who began his presidency skeptical of America’s global role but progressed to a view of the United States as the world’s “indispensable nation”; and George W. Bush after 9/11, leading the country into wars in Afghanistan and Iraq and orchestrating a global war on terror.

The presidents of “less” were Dwight Eisenhower, who spent eight frustrating years trying to get a grip on the vast “military– industrial complex,” as he would call it in a parting warning; Richard Nixon and his successor, Gerald Ford, who, through Henry Kissinger’s diplomacy, sought to craft an international environment safe for the much-diminished role of the United States; Jimmy Carter, who pursued “détente without Kissinger” and became paralyzed when Iran’s new revolutionary government took Americans hostage in the US embassy in Tehran; George H. W. Bush, another hybrid, who continued Ronald Reagan’s maximalism through the post–Cold War unification of Germany and the Gulf War, but ended his first and only term trying to de-emphasize global affairs in favor of domestic priorities; and now Barack Obama, who has sought to reduce the commitment of US resources abroad in favor of “nation-building at home.”

That Obama is a “retrenchment” president is something that many of his advisers would no doubt deny, as indeed other presidents and their advisers might likewise resist Sestanovich’s oversimplified classifications. Those engaged in retrenchment tend to claim that they are seeking as big a role as is practical for the United States, given external constraints, limited resources, and uncertain public support; in the early Obama administration, “smart power” became a slogan for doing more with less. And even retrenchers, Sestanovich notes, worry about the effectiveness of “half-measures,” as well as the willingness of allies to do more as the United States does less.

Maximalist policymakers, meanwhile, often defend their approach by pointing to someone advocating a position even more aggressive than their own. Here one thinks of Reagan in the 1980s. As he began to pursue diplomacy with the Soviet Union of Mikhail Gorbachev, with whom the staunchly conservative British prime minister Margaret Thatcher had declared the West could “do business,” many conservatives complained that Reagan was betraying his values.

It’s not hard to find examples of American maximalism causing the country harm. The wars in Vietnam and Iraq are Exhibits A and B. Yet that is not the whole story, nor is it easy to conclude that the United States (and the international order) would be better off if the school of “more” somehow disappeared. Sestanovich demonstrates both elements of his conclusion that “maximalism has been an essential ingredient of American success as well as of failure.” He continues: “Could perhaps just as much, or even more, have been achieved with a less ambitious, less confrontational strategy? ... A careful look at American policy since the Second World War suggests an answer that many will find awkward: the United States achieved a great deal precisely by being uncompromising and confrontational,” as Truman was in 1948 when he broke a Soviet blockade by airlifting supplies to Berlin, and as George H. W. Bush was in 1991 when he ejected Saddam Hussein from Kuwait. Both momentous decisions, and many others Sestanovich reviews here, were matters of substantial controversy even among the closest advisers to the presidents making them.

Sestanovich could have made this a better book by giving it to an incoming Columbia freshman and asking her to read it and mark where more background information would be helpful. As it stands, though, Maximalist offers a reminder that a nation as powerful as the United States will likely perpetuate its cycle of maximalism and retrenchment in presidential administrations to come. “We are not wrong to consider American diplomacy in the second half of the twentieth century a gigantic success story,” Sestanovich writes, “but it usually didn’t feel that way at the time.”

Top Stories
Book Review: Horse
Can the World’s Religions Help Save Us from Ecological Peril?
What Declassified Government Documents Reveal About America’s Dark Secrets
The Pacifist's Guide to Satanism
Learning to Live with the Voices in Your Head
All categories >
Read more from Tod Linberg