Book Review: "The Price of Inequality" 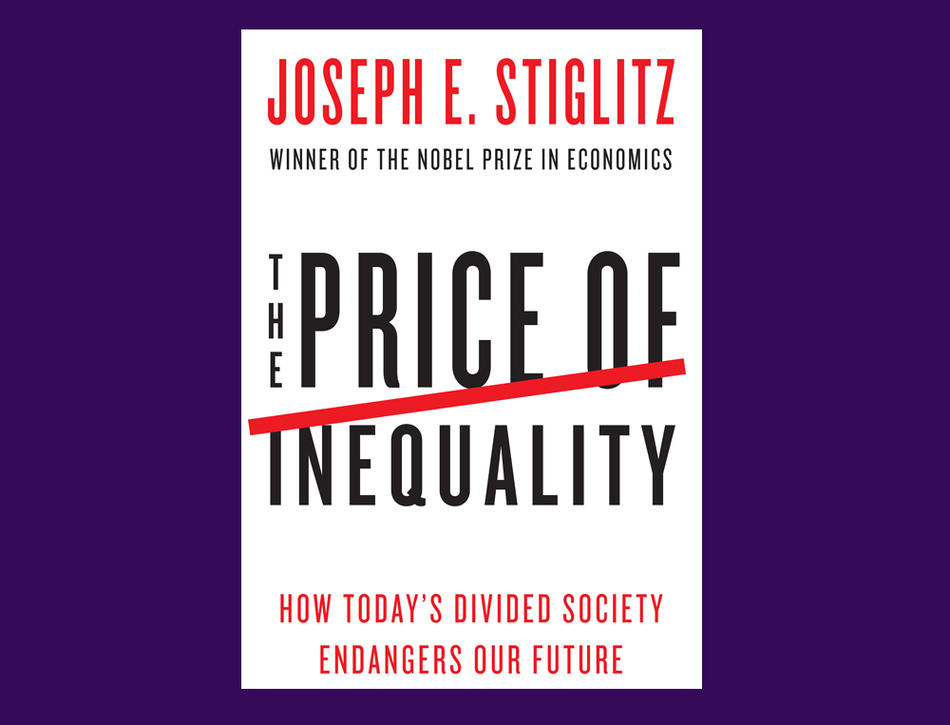 Nitpicking and bloviation are the Scylla and Charybdis of popular writing about economics. Economics professors tend either to bombard their readers with equations, theorems, and statistics, or to assume they will be content with airy clichés about competitiveness and growth. Good business writers have long been a dime a dozen in the United States. The list of economics writers who have made themselves beloved of a wide reading public is a very short one. It has included Irving Fisher, John Kenneth Galbraith, and Paul Krugman. Today, it includes, preeminently, University Professor Joseph Stiglitz, whose new book, The Price of Inequality, spent much of the summer on the New York Times extended bestseller list.

Stiglitz is not just a good teacher with a gift for expository prose. He is an academic economist of the first rank. He won the Nobel Prize in economics for 2001, and he is cited by other economists more often than all but three of his colleagues worldwide, according to the Federal Reserve Bank of St. Louis, which charts such things. While his interests are broad, he has done groundbreaking work in the economics of information, focusing on the power it confers on those who have it over those who do not. In other words, his work often has a political edge to it, and his politics are of a radical kind. Although Stiglitz served as the chair of Bill Clinton’s Council of Economic Advisers in the mid-1990s, in his new book he describes the Clinton era as “one of seeming prosperity.” He has harsh words for Clinton-era treasury secretary Robert Rubin and makes veiled criticisms of other officials. Nor does he see eye to eye with Barack Obama. Although Stiglitz defends the 2009 stimulus, he faults the president for mismeasuring the severity of the financial crisis he inherited and of being less aggressive than George H. W. Bush in prosecuting bankers for mortgage fraud. Stiglitz’s profoundest sympathies are with Occupy Wall Street and other expressions of what until a few years ago was called the “anti-globalization” movement. His preferred policy prescriptions include more collective bargaining, more affirmative action, and more government spending. “I entered economics,” he said in his Nobel lecture, “with the hope that it might enable me to do something about unemployment, poverty, and discrimination.”

To look too closely at Stiglitz’s ideology, though, is to focus on what he has in common with a majority of the guests you’ll see on Fox News or MSNBC. What makes Stiglitz worth reading is his acute reasoning, his gift for getting quickly to the philosophical gist of an economic problem, and his agile deployment of data.

It takes Stiglitz less than a chapter to lay out how inequality has increased in the past thirty years. Even if you are familiar with the usual ways of measuring inequality — income shares of quintiles and percentiles, international comparisons of Gini coefficients — he will show you some new ones. For decades after World War II, for instance, productivity and wages were always closely correlated, diverging only around 1980. Other troubling signs began to appear at about the same time. Before then, Stiglitz notes, a recession meant that labor productivity went down. Why? Because firms were doing less with the same number of workers. Bosses would hoard these underutilized workers until good times returned. That doesn’t happen anymore. In recent recessions, labor productivity has gone up. That means employers are ditching workers at the first sign of trouble, and wringing more work out of the desperate ones who remain.

A lot of economists — perhaps most of them — believe that in an age of globalization and rapid technological change, that’s just the way the cookie crumbles. Stiglitz dissents. He sees inequality as for the most part politically created. It is the outcome of “rent seeking” behavior by elites. Instead of manufacturing things or performing useful services, rent seekers take advantage of the rules to collect payments from society at large. They may capture the agencies meant to regulate them, or use connections to exploit government-controlled resources, or buy the obedience of elected politicians. Stiglitz argues that the markets most culpable for inequality — finance, agriculture, pharmaceuticals — are hardly free. In fact, he proves it, by resorting to basic free-market principles. “The laws of competition,” he writes, “say that profits (beyond the normal return to capital) are supposed to be driven to zero.” Because successful businesses attract imitators, building a fortune ought to be a Sisyphean game. Huge and sustainable profits are not something one tends to see in open markets.

Stiglitz has a knack for statistics. He takes them as an occasion to start thinking, not, as many economists do, as an occasion to stop. Whatever its cause, growing inequality breaks the link between such economic measures as gross domestic product and the experience of the average American. When, for instance, Mark Zuckerberg and his investors get billions apiece from an initial public offering of Facebook stock, mean incomes rise, but the median American does not necessarily feel better off. Indeed, whereas economists frequently see a tradeoff between income equality and economic performance, Stiglitz writes that “the magnitude of America’s inequality today and the way it is generated actually undermine growth and impair efficiency.” Rent seeking in the finance industry has drawn more and more Americans to where the money is, leading to a “misallocation of the country’s most valuable resource: its talent.”

Even when Stiglitz talks about equality and opportunity, he never does so sentimentally, and he never talks about doing things that are in the interest of all. That is an impossibility. Economics, in Stiglitz’s view, always has winners and losers. It is fraught with drama. It is pregnant with historical consequence. “One cannot escape issues of distribution,” he writes, “even when it comes to the simplest problems in organizing an economy.” Most Americans have come to agree, even those who don’t share his opinion on what that distribution ought to look like.

Top Stories
The Simple Questions That Can Prevent a Suicide
The Troubling Legal Implications of Overturning Roe
How the Mankiewicz Family Got Their Hollywood Ending
American Seoul: Eric Kim’s Fresh New Take on Korean Cuisine
Lets Talk About Sex on YouTube
All categories >
Read more from Christopher Caldwell