Book Excerpt: “The Rise and Fall of the Dinosaurs”

A rising star in paleontology, Steve Brusatte '13GSAS has discovered ten new species of dinosaurs and led several expeditions. His first book is a narrative history of dinosaurs — from the earliest vertebrates to the giant asteroid that took out Tyrannosaurus rex. 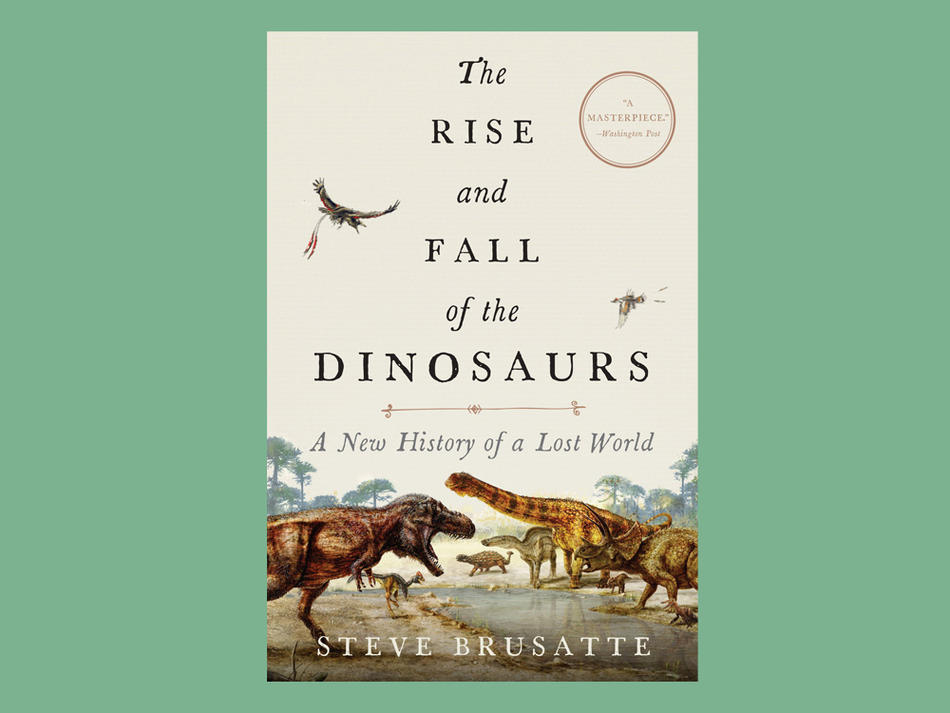 [CAT] scans tell us quite a bit about our patient. First off, Rex had a distinctive brain. It didn’t look anything like our brain but was more of a long tube with a slight kink at its back, surrounded by an extensive network of sinuses. It’s also a relatively large brain, at least for a dinosaur, which hints that T. rex was fairly intelligent. Now, measuring intelligence is riddled with uncertainties, even for humans: just think of all of the IQ tests, exams, SAT scores, and other things that we use to try to assess how smart people are. However, there is a straightforward measure that scientists use to roughly compare the intelligence of different animals. It’s called the encephalization quotient (EQ). It’s basically a measure of the relative size of the brain compared to the size of the body (because, after all, bigger animals have bigger brains simply because of their body size: elephants have bigger brains than us but are not more intelligent). The largest tyrannosaurs like T. rex had an EQ in the range of 2.0 to 2.4. By comparison, our EQ is about 7.5, dolphins come in around 4.0 to 4.5, chimps at about 2.2 to 2.5, dogs and cats are in the 1.0 to 1.2 range, and mice and rats languish around 0.5. Based on these numbers, we can say that Rex was roughly as smart as a chimp and more intelligent than dogs and cats. That’s a whole lot smarter than the dinosaurs of stereotype.