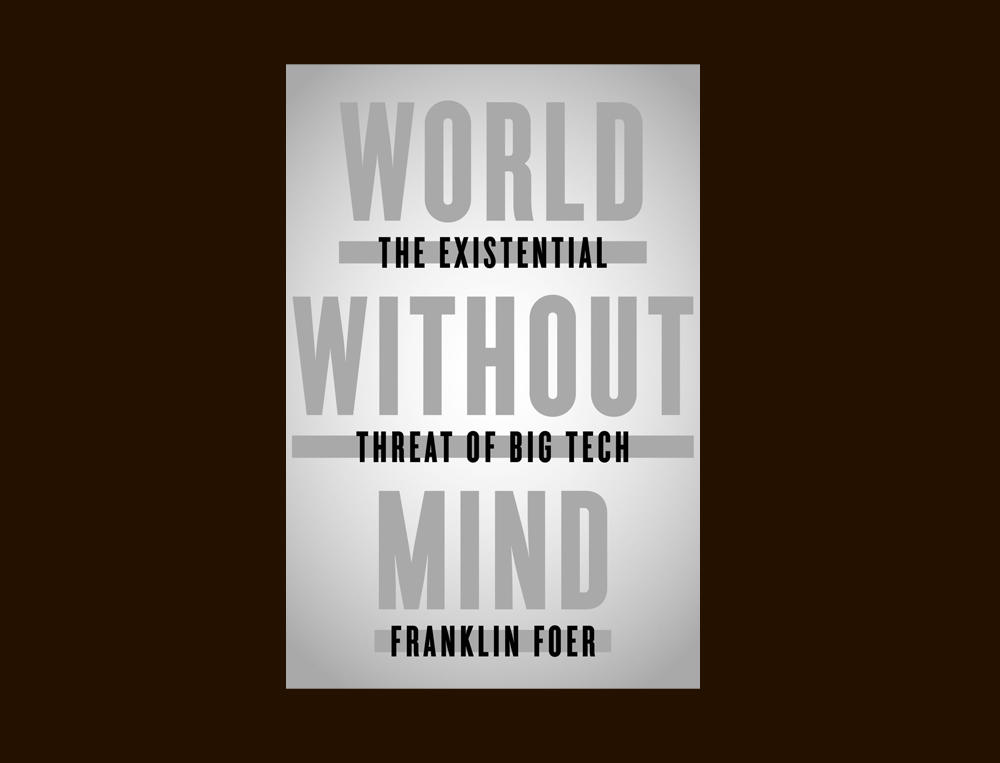 The 2014 party celebrating the hundredth anniversary of the New Republic might well be described as the day that progressive East Coast intellectuals and the new Silicon Valley elite officially broke up.

Before the party, the magazine was living proof that, despite their differences, the two got along on some deeper level. Just two years earlier, Chris Hughes — a Facebook founder, but one with a reassuringly old-school disposition — had used some fraction of his billions to buy the magazine. He was running it the old way, under its traditionalist editor Franklin Foer ’96CC and its even more traditionalist literary editor Leon Wieseltier ’74CC. The union of Facebook money and New Republic values seemed the deliverance of a kind of utopia: the wild success of the tech industry would keep our cultural boats afloat, leaving us a world with the convenience of Amazon Prime and the edification of our cherished magazines, newspapers, and books.

For a slightly floundering magazine, long unprofitable, the event was surprisingly sumptuous. Held in downtown Washington in a massive marble hall adorned with Corinthian columns and red-velvet curtains, it was almost like a state dinner. Notables of the press and the political elite came to pay their homage, including Bill Clinton, the keynote speaker.

All was well until it came time for the speeches. Wieseltier’s included a lengthy recitation of poetry and the assertion that the New Republic’s future depended on adherence to its founding values. But when Hughes took the stage, he extolled the importance of change and of transforming the magazine to save it. The room grew tense. It turned out that the twain had not really met; their values were simply too far apart. Just a few days later, Hughes fired Foer, the guardian of the flame. Wieseltier and the rest of the masthead immediately resigned in protest.

The superficial story was that in the end, Hughes wanted the magazine to be like a tech startup: he wanted “traffic,” “engagement,” and other metrics of Silicon Valley success. But in fact the cultural differences went even deeper. This is the topic of Foer’s fascinating and gripping new book, World Without Mind; at its core, it is an intensive examination of the values of the Valley, which he views as a threat not just to old media but to republican values, liberal democracy, and Enlightenment thinking itself.

According to Foer, free will and individuality are themselves under assault, to an extent we barely even realize. Which is not surprising given the attack is coming not from any totalitarian government or oppressive social code but rather from the very friendly, utterly convenient, and irrepressibly ambitious tech firms whose products take up so much of our days: Google, Facebook, Amazon, Apple — and perhaps Twitter and Microsoft for good measure. All these corporations, Foer believes, have as their deepest ambition “to mold humanity into their desired image of it.” Their business depends on controlling or co-opting the premise of choice, not so much that it disappears completely, but enough so that the tech oligopoly becomes the mediator of all that we do.

Heavy stuff — and maybe a touch paranoid for some readers. Most people think of tech companies as businesses, not missionaries: Amazon just wants to sell you stuff, Facebook wants to show you advertising, and Apple wants you to buy the latest iPhone and not complain too much about iTunes. That’s what businesses do.

But there is more to Foer’s thesis than you might think. We are shaped by the tools we use. And unless you happen to be a lumberjack or a professional chef, I’m going to bet that the main tools you use on a day-to-day basis — your phone, your computer, and various apps and programs — come from just a few Silicon Valley overlords. Their companies want very much to shape what you do. Hence, as Foer argues, in ways large and small, “when it comes to the most central tenet of individualism — free will — the tech companies have a different way. They hope to automate the choices, both large and small, that we make as we float through the day.”

Most of Foer’s book amounts to an intellectual dissection of the ideas that have made their way into Silicon Valley’s products. Technology always embodies ideology, and Foer is right that these are no ordinary corporations but transcendentally ambitious ones in a way comparable with Henry Ford at his most spiritual. To take just one example, Google, as Foer points out, is trying to construct an intelligence that exceeds the human brain. As Foer says of Google cofounder Larry Page, “He has built his company so that it can achieve what is called ‘AI complete’: the creation of machines with the ability to equal and eventually exceed human intelligence.”

That is just a sample of the bizarre treats within this book. It would be merely interesting if it were not so important. A fear of concentrated power is an American tradition that goes back to the Revolution. Foer’s book is recommended to anyone concerned about the growing might of the tech industry and its influence over our lives. It is a reminder that unrestrained power, no matter how well-meaning or alluring, is something of which we should always be wary.

Perhaps this and other books like it will be a wake-up call for a tech industry that has clearly outgrown its charming adolescence.