A Feat of Biblical Proportions

After twenty-four years of labor, Robert Alter ’57CC, a professor of comparative literature at UC Berkeley, has produced a 3,500-page translation of the Hebrew Bible.

What was the genesis, if you will, of this project?

In the mid-1990s an editor from W. W. Norton approached me about doing one of those Norton Critical Editions on a section of the Hebrew Bible. I said I could provide some really neat material on the book of Genesis but that I didn’t like the existing translations and would want to do my own. I figured it was a one-off, but it was well received, so I did a translation of the David story from the books of Samuel. One thing led to another, until I had done quite a few books of the Hebrew Bible. Four years ago I thought, “If I can get through the Prophets, I can actually do the whole ball of wax.”

What was wrong with the existing English translations?

In the second half of the twentieth century there was a spate of translations by various ecclesiastical committees, and I concluded that they were all disasters. The scholars were bright people with degrees from Harvard and Oxford, but they had a tin ear for English. They ran roughshod over the poetry of the Hebrew text.

Why did academia ignore the literary features of the Bible for so long?

Traditionally, Jews and Christians thought of the Bible simply as divine revelation, so they looked at it for theological truths, moral instruction, and so on. And the academic enterprise, which began in early-nineteenth-century Germany, sought a scientific understanding of the Bible: analyzing the disparate components of the text, figuring out how it evolved, and deciphering difficult words by reference to other Semitic languages. That study is very important, but it’s limiting.

How does the 1611 King James Bible rate for fidelity to the Hebrew?

Although readers associate the King James Bible with great poetry, it’s more consistently faithful in the prose narrative. That’s because it follows the Hebrew syntax of parallel clauses connected by “and,” which is important in many ways. And because the King James translators were literalists, they reproduced the plain terms of the Hebrew writers. For example: “and the flood was forty days upon the earth”; “the ark went upon the face of the waters.” You have the simple verbs “was” and “went” in that little report. That’s part of the beauty and dignity of the Hebrew narrative. The moderns figured that was too simple. So they have the rain pounding or the ark drifting on the water, which suggests that Noah’s ark was rudderless, though we’re never told that. 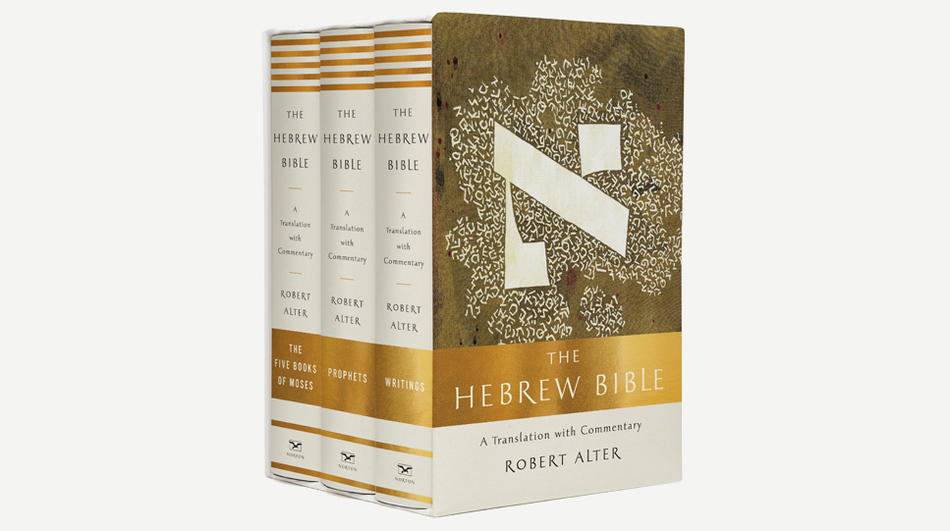 What are the King James Bible’s shortcomings?

In the poetry, some lines are just perfect, but others go out of rhythm: the translators weren’t listening to the Hebrew; they were deciphering it. They also overlooked the compactness of Hebrew poetry, which is key to its power. A passage of three words and six syllables in Hebrew becomes ten words and twenty syllables. Another problem is that many translation choices reflect a Christian view. For example, there’s a Hebrew word, yeshuah, meaning “rescue” — getting someone out of a tight fix. In the King James Bible, it’s translated as “salvation,” which sends a different message: images of the sky opening up and angels descending.

How did you become fluent in biblical Hebrew?

I’d studied it as a kid growing up in Albany, and by the time I came to Columbia I had a good background. I was an English major, and I got a great education with brilliant teachers like art historian Meyer Schapiro ’24CC, ’35GSAS, ’75HON and the literary critic F. W. Dupee. But I wanted to continue my Hebrew studies, so twice a week and on Sundays I went to the Jewish Theological Seminary to take courses in the Bible and Talmud with H. L. Ginsberg. That’s where I got a really good handle on biblical Hebrew.

Do you have any favorite biblical stories or passages?

For poetry, the book of Job is astounding. For narrative, Genesis is wonderful, especially the patriarchal tales. The story of David is extraordinary in its study of a man as a political animal, and in following the evolution of a life from a beautiful and heroic young age to a doddering old age. You don’t find this anywhere else in ancient literature. In Homer, nobody ages and changes in this way.

Top Stories
Book Review: Horse
Can the World’s Religions Help Save Us from Ecological Peril?
What Declassified Government Documents Reveal About America’s Dark Secrets
Is Objectivity in Journalism Even Possible?
Learning to Live with the Voices in Your Head
All categories >
Read more from Paul Hond