The Conversion of the Mother

Colm Tóibín is the Irene and Sidney B. Silverman Professor of the Humanities at Columbia and the author of six novels. We spoke with him about his recent book, The Testament of Mary. 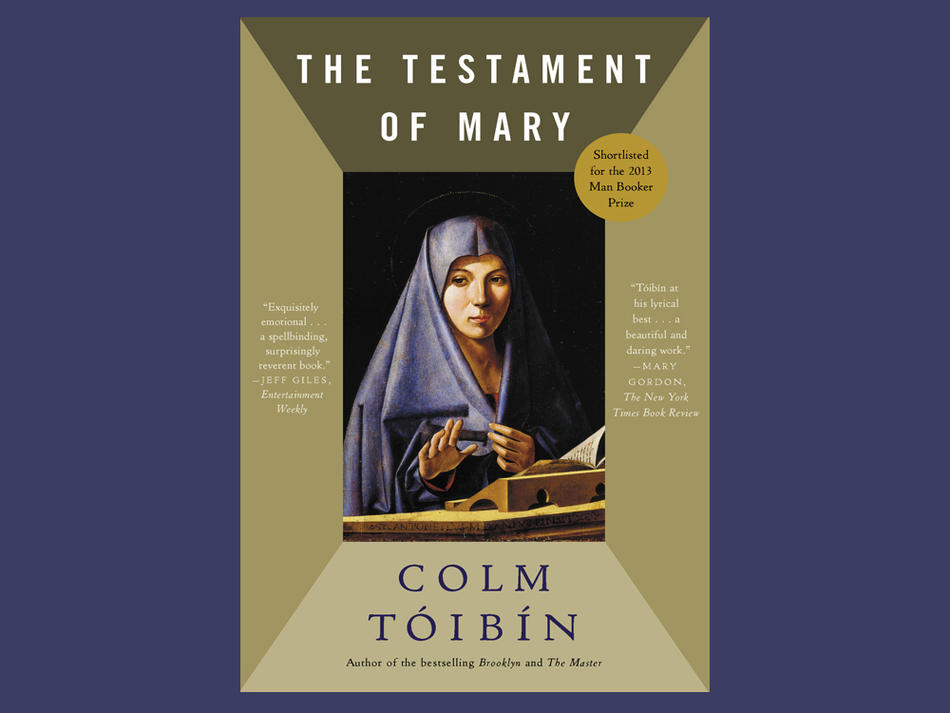 In 2012, you released two books: first, the beautiful collection of essays New Ways to Kill Your Mother, and then The Testament of Mary, a small and luminous novel that reimagines the experience of the ultimate mother, the Virgin Mary. Was the novel an outgrowth of the essays?

No. Well, maybe only in the very strange way that ideas come together. It may have been on my mind for a while, but I didn’t know that. I simply mentioned to a friend of mine who is the director of the Dublin Theatre Festival that there was one great part for an actress that was unwritten — the part of Mary. This was late at night at a party and we were just talking, but he turned to me and said, in the usual Dublin way, “Will you write that for us?” But then he wrote a formal letter to commission me.

Is this why the novel is only eighty-one pages — because it was intended for the stage?

No, if read in full onstage it would still last about four hours; it has to be distilled. It’s not so much about length, but novels allow for journeys and sidetracking. A novel is an empty space you can fill with funny things. In theater, every single line has to signify and do something. It was first performed on the stage in Dublin in 2011. I wrote the novel in the summer of 2009 into the autumn, but I am still working on it, getting it ready for the opening on Broadway this March. Emotionally, it has taken four years to write.

How does it feel as a writer to have your work performed onstage, especially Broadway?

In a way, the director Deborah Warner and the actress Fiona Shaw are the ones under pressure, so I don’t think how I feel is of any interest to anybody. Really, for an actress to go onto Broadway is tremendously exciting. Every time Fiona works she puts so much into it. All I’m doing is making sure she has everything she needs from me. The real difference will be in the interpretation.

The theme of interpretation runs heavy through The Testament of Mary. At a critical moment in the story the disciples press Mary to accept their version of the crucifixion. They essentially ask her to take fiction as truth.

I think the book enacts two methods of storytelling going against each other. One is an attempt to put shape on things and the other is truer to voice. They are hitting against each other in a way that has enormous implications, of course. The novel itself is about the process of fiction, of fictionalization.

In one of my favorite lines from the book, Mary says, “Memory fills my body as much as blood and bones.” Does this reflect your own relationship with faith?

If you come up against Catholicism in childhood in the way I did, and if you were as receptive to it as I was, then you can believe what you like as an adult, but the ritual, the words, they stay with you. They nourish you in a way that is very strong and that you would be foolish to think could fade.

This question of belief is key in the book: Mary does not believe Jesus is the Son of God or that his death somehow saves the souls of everyone in the world, a characterization that some have obviously considered heretical. What does it mean to be from Ireland and write a book like this?

It means you are absolutely aware that you have an audience. Normally, while writing it pains me to think of audience, or about Ireland, or any larger question than, does this work? But there are Irish people in Ireland brought up the same way I was, and all of us are wrestling with these things. There may even be a larger nation of Catholics in other countries, including the US, wrestling with these ideas. In so many countries in Europe, Sunday is an ordinary shopping day now. When the play was on in Dublin, people understood I was serious. I was not involved in the mockery of faith or putting on a play for my own entertainment at their expense. It was full every night. No one walked out. I’m very grateful for that. Ireland has changed.

Do you still spend much time in Ireland?

Yes, I still split my time. There is usually a wonderful weekend in May in New York City when everyone is in shorts sitting outside the cafés, and I spend it wandering around the Upper West Side. The following weekend I usually go home to a house on the Irish Sea in Wexford, where I’m from.

And people aren’t wearing shorts in Wexford in May?

No! Though from June you can swim in the Irish Sea if you’re brave. I’m brave.

Top Stories
Book Review: Horse
Can the World’s Religions Help Save Us from Ecological Peril?
What Declassified Government Documents Reveal About America’s Dark Secrets
Is Objectivity in Journalism Even Possible?
Learning to Live with the Voices in Your Head
All categories >
Read more from Kelly McMasters '05SOA