Richard Ford, a Columbia humanities professor, discusses his book Let Me Be Frank With You (Ecco). 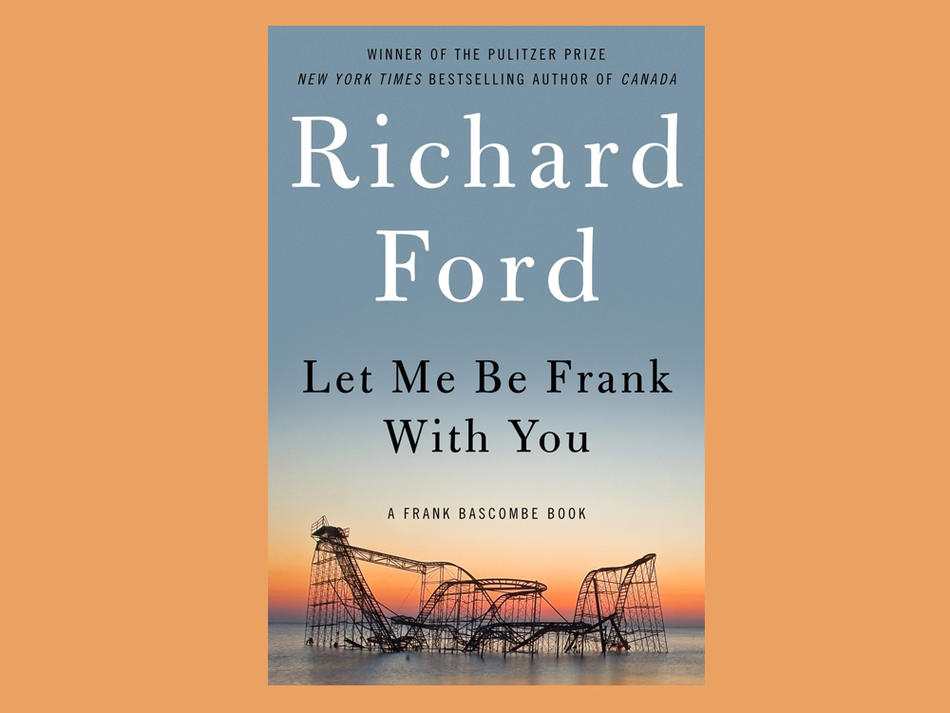 How did the book’s title come about? It seems straight from the mouth of Frank Bascombe, and it’s the rare protagonist who gets to title his novel.

Ah, the title. I love the title. My publishers decidedly did not love it, and tried to persuade me to come up with another one. However, I stood my skinny ground. I do think the title grows on you if you read the book, and I always thought it was both funny and true to the book that followed. As to its being in Frank’s voice, I’d say it’s “our” voice — Frank’s and mine.

You’ve spent a lot of time with Bascombe — he appears in The Sportswriter, arguably your critical and popular breakthrough; in Independence Day, which won the Pulitzer Prize; and in The Lay of the Land. What is your relationship with your protagonist? Are there places where he speaks for you?

There are some specific occasions when Frank and I agree, although I’m made uncomfortable by any ways that he’s seen to speak for me. He doesn’t. I can speak for myself. What a character such as Frank shares with me is that we both consider the same things to be important — marriage, children, vocation, humor, outrage. But he’s almost never in agreement with me about specifics. If I can’t make him more interesting than I am, then I’m not doing a good enough job. I have a much wider array of material to install in his character than I have in my own. That’s freer and better, if you ask me.

What is it about Frank that resonates so strongly with the reader, and with you?

I’m not sure, as far as readers are concerned. As far as I’m concerned, he appeals to me by having a supple nature: that is, he’s corporeal and instinctual and reflexive and bawdy (sometimes ninth-grade bawdy), and yet doesn’t sacrifice his instinct to take the serious world seriously, and to try to be smart about it if he can be. I was happy that I could come up with some stories that could utilize Frank Bascombe’s narrative allures. My goal as a writer has been to make these seemingly disparate human characteristics joinable in one character. I hope that’s what readers like, too.

What was the book’s genesis? Did you envision it as a novel, or did it start with a story or two?

I envisioned it always as four novellas. I didn’t want to undertake a great behemoth of a novel, having just finished one [Canada, which came out in 2012] and worn myself out trying to get all its words into their right places. In other words, I guess you could say novellas seemed easier and more pleasurable. You do have to enjoy yourself sometimes. Everything that’s good doesn’t have to be hard.

Frank’s New Jersey suburb is devastated by Hurricane Sandy, which becomes a cornerstone of the book. Did the hurricane inspire you to bring back the character? Or had you already envisioned another Bascombe book?

Hurricane Sandy — and my visit to its aftermath along the Jersey Shore — was the direct instigation for this book. I saw all that destruction in what had been Frank Bascombe’s old stomping ground as a real-estate agent, and just realized that he (for reasons I’ve said above) was the instrument to tell stories about the particular consequences of the storm, consequences the mass media wouldn’t notice.

Some reviewers have compared your Bascombe books to John Updike’s Rabbit novels. Do you see any validity in the comparison?

Only insofar as they’re both sets of connected novels about a man who lives in the suburbs. I’ve only read Rabbit Is Rich, and it’s wonderful. But it’s also told in the third person, whereas these books of mine are told in the first person, with present-tense verbs. To me this difference in narrative mode bespeaks a very different moral underpinning — by which I mean a different way of approaching matters of good and bad, and different ways that readers are drawn closer and ultimately implicated. John and I talked about this once; it was a pleasure to get to talk to him on this subject. That said, if he hadn’t written connected books, I might not have had the temerity to try to do it.

Most people assumed that the Bascombe books would stop at the trilogy, particularly after you published Canada. How do you see this book in relationship to your previous Bascombe novels?

It’s just more. But I also hope it’s an improvement. There’s no use going on writing fiction if you don’t think you’re getting better at it.

Will we hear any more from Frank?

I’ll hear more from Frank. But I’m seventy years old; I don’t have any idea if there’ll be time in life for me to pass along to a readership what I’m hearing. But thanks for asking.

Richard Ford is the Emmanuel Roman and Barrie Sardoff Roman Professor of the Humanities at Columbia. He is the author of four collections of stories and eight novels, including Independence Day, the first novel to win both the Pulitzer Prize and the PEN/Faulkner Award.