When Julian Brave NoiseCat ’15CC arrived at Columbia in 2011, he saw the pride with which the great institution marked its history — a plaque commemorating the Battle of Harlem Heights, a statue of Alexander Hamilton, a bust of John Jay. But as he walked the quads and corridors, he felt that part of the story was missing.

NoiseCat, who belongs to the Secwepemc and St’at’imc Nations in British Columbia, felt there should be, on campus, a monument to the Lenni Lenape people, who were living on Manahata (“island of hills” in their Algonquian language) at the time a Dutch ship disgorged the first European settlers, in 1624.

In his sophomore year, NoiseCat brought his idea to the Native American Council (NAC), an undergraduate group of some fifteen students (there are now about thirty). NAC was all for it. NoiseCat then posted a petition on Change.org calling on Columbia to recognize the Lenape people, who were “the victims of disease, warfare, dishonest agreements, and destructive policies.” The petition got a thousand signatures. The website Indian Country Today picked up the story, as did the Spectator.

In 2013 NoiseCat, a history major, wrote an op-ed in the Spectator advocating for a plaque. That caught the attention of the Student Council, which held a hearing on NoiseCat’s proposal and unanimously endorsed it. Over the next year, the process of talking to the Trustees, hammering out the language, and getting funding was slowed by administrative turnover and the painstaking business of getting the wording just right. Then, in 2015, law professor Suzanne Goldberg, the newly appointed head of the Office of University Life, got behind the campaign and became a crucial ally.

“There was a big pull and push between the administration and students on particular parts of the language so that the plaque would have exactly the appropriate message,” NoiseCat says. “Professor Goldberg helped us navigate that, and after I graduated, the current students really brought the effort to completion.”

And so, on the second Monday of October in 2016, a day celebrated throughout North America as Indigenous Peoples’ Day (the same day as Columbus Day), Julian Brave NoiseCat, coming straight from his job downtown with the city housing department, returned to campus for the plaque’s unveiling.

Under a blue late-afternoon sky, in golden light, NoiseCat walked to the shaded green quad in front of John Jay Hall, where 150 students, alumni, faculty, and administrators, including Goldberg and President Lee C. Bollinger, had gathered. The ceremony began with a thanksgiving by the SilverCloud Singers, an intertribal singing group from New York. They pounded a drum and chanted, the spiritual sounds evoking landscapes that predated the nearby neoclassical buildings, tinging them with a fleeting incongruity.

When the prayer ended, the co-presidents of NAC — Michelle Crowfeather, of the Standing Rock Sioux and Chippewa Cree Nations, and Breanna Leslie-Skye, of the Cayuga Nation — stepped to a lectern on the walkway. Beside them, on the ground, amid the flowers at the path’s edge, rested a plaque that read:

IN HONOR OF THE LENAPE PEOPLE
The Lenape lived here before and during colonization of the Americas. This plaque recognizes these indigenous people of Manhattan, their displacement, dispossession, and continued presence. It stands as a reminder to reflect on our past as we contemplate our way forward.

The plaque, said Crowfeather, represents Columbia’s “willingness to recognize and validate the way traditional homelands and community are thought about by indigenous peoples.” She called on Columbia to recruit more Native American students, especially from rural communities and reservations, and appealed for the campus community to respect the plaque’s message. “Continue to recognize the Lenape as you walk these grounds,” she said. “They were here, they are here, and we will continue to honor them.”

NoiseCat spoke next. He greeted the audience in the Secwepemc language, which has fewer than two hundred remaining fluent speakers. He offered his gratitude to students and faculty, and to Bollinger, Goldberg, and Melinda Aquino ’12SPS, associate dean of multicultural affairs. Calling the plaque “an amazing victory,” he focused attention on the extreme poverty and miserable social conditions of indigenous people, “the most easily forgotten people in the nation.”

Afterward, at a reception in John Jay Hall, attendees heard from NAC political co-chairs Tristan Stidham, of the Big Pine Paiute Tribe, and Noah Ramage, of the Cherokee Nation; Barnard history professor Andrew Lipman, whose research informed the plaque’s language; and Columbia history professor Karl Jacoby, who described a “powerful inversion” enacted by the European settlers. “The newcomers reimagine themselves as the new natives of the given territory, while the preexisting indigenous people are recast as an alien and foreign presence,” Jacoby said. “This certainly was the experience of the Lenape, whom settlers came to term the Delaware.” Today, said Jacoby, most of the Delaware Nation is scattered in Canada and Oklahoma, a testament to “the vast geographic scope of the displacement that dominated US Indian policy.”

He hoped the plaque would help draw those minds to Columbia, and build a place where more indigenous people would be seen at every level of University life.

“Maybe someday,” he said, “I’ll take my kids up to Alma Mater and show them all the usual stuff, then show them the Lenape plaque and tell them that I was a part of the student community that made it happen. That would be super cool.” 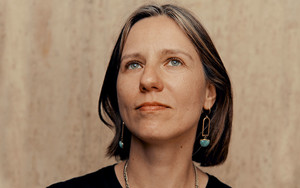 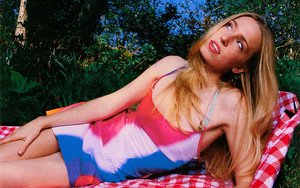