Notes of a Literary Partisan

We talk with literary and cultural critic Morris Dickstein '61CC about his book Why Not Say What Happened: A Sentimental Education (Liveright). 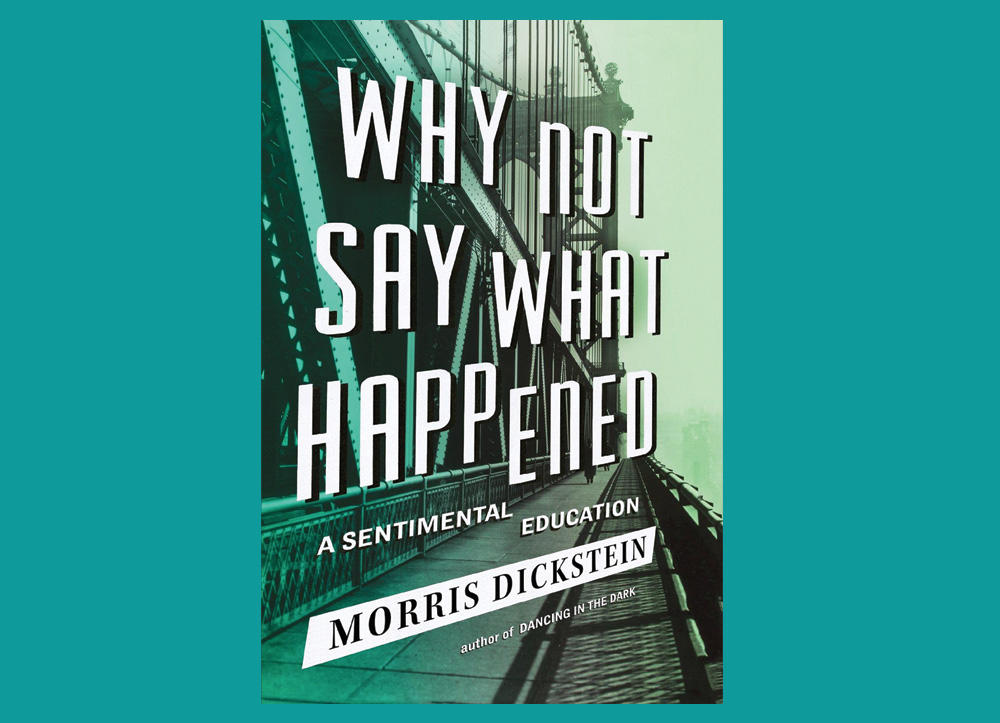 Why did you, a critic, decide to write a memoir?

I had spent decades doing research for a previous book on the 1930s [Dancing in the Dark: A Cultural History of the Great Depression] and wanted to do something more literary. Even when I was writing about historical subjects, personal elements kept intruding. When I shifted into the personal voice, I felt I was tapping into another part of my brain: a different tone entered the writing, and it picked up a real emotional vibration. I wanted to see if I could do that in a longer story.

Did you know what you wanted to write about when you started?

I come from a large, colorful Jewish family, and I had thought it would be primarily a family memoir. But I found that most of what I had to say about the family, I had already said. As I wrote, it became more about my intellectual formation.

The book chronicles an intellectual journey that starts in your early years on the Lower East Side and progresses to Columbia and beyond. But it’s also a story of separation from your family.

I felt I was telling a story of moving into the wider world. My parents were very loving, but they were riddled with anxieties, many of which they passed on to me, and I paid a price in anxieties and neurotic reactions. At the same time, I never felt an urge to completely reject where I came from.

You are identified with the “New York Intellectuals.” Who are they?

In 1969, Irving Howe wrote a celebrated essay about a group he called the New York Intellectuals. There are many New York intellectuals, but Howe was referring to mostly Jewish, mostly male intellectuals who had gone to City College or Columbia and were grouped around magazines like Partisan Review, Commentary, and Dissent. People whose interests were in both politics and culture — what Lionel Trilling ’25CC, ’38GSAS called “the dark and bloody crossroads where literature and politics meet.” This generalism fascinated me: to not be trapped by a particular field, or caught up in academic and technical writing. I was drawn to writing that was lively and aphoristic, that reached across fields and flowed from the world of intellectuals to the world of a broader intelligent readership.

Do you see a connection between this cross-­disciplinary generalism and the Core Curriculum at Columbia, which you studied and later taught?

I see it in the challenges that the New York Intellectuals faced in trying to strike a balance between contemporary concerns and past tradition, which were similar to the issues that swirled around the establishment of the Core Curriculum — dealing with tradition in a way that had contemporary relevance.

In the book you discuss teaching the radical Romantic poet William Blake during the 1960s.

Teaching Blake at the time of the counterculture was an amazing confluence. As was teaching Thucydides at the time of the Vietnam War — he’s describing a similar overreach on the part of the Athenians that America was experiencing.

You have mentioned critics like Trilling and Edmund Wilson as wanting to be thought of not strictly as critics but also as writers. Do you feel that way about yourself?

There are two things I want to do when I’m writing. One is to really communicate. The other is to write something that’s memorable, beautiful, and powerful. Whereas some critics just try to get their ideas onto the page, I want to do it in a way that respects the language. When I revise, I want to remove any dead phrase, any cliché. I want the rhythm of the sentences to be variable. Criticism is not the highest form of literature — it pays tribute to higher forms — but I strongly feel that it must be considered a form of literature.

What happened to the New York Intellectuals?

By the time I was in my late twenties, the group had begun to fracture due to the provocations of 1960s culture. The things they agreed on, like anti­-communism, led them in different directions — some toward neoconservatism, some toward a resurgent radicalism. They survived as a somewhat fractious group for twenty or thirty years.

As a member of this group, do you feel that you are part of a disappearing world?

The world is always changing. I was very sad when one of the magazines I identified with, Partisan Review, folded in 2003. But it had a wonderful run. I urged my publisher not to promote me as “the last of the New York Intellectuals,” because there are plenty of young New York intellectuals who continue this tradition. Every generation finds its own interests and ways of combining past traditions with new concerns.