The Power of Forgetting

Quick: What’s the capital of New Zealand? The name of the 17th president of the United States? How about the year Hemingway’s The Sun Also Rises was published?

If you can’t remember, you’re not alone. Today, it’s normal to forget information that you can retrieve easily on the Internet. But lest you fear that Google is making you dumb, rest assured that your cortical hard drive, now that it’s storing fewer facts like these, has become increasingly efficient at searching out information.

That’s what psychologists Betsy Sparrow of Columbia, Daniel Wegner of Harvard, and Jenny Liu of the University of Wisconsin-Madison concluded in a paper that appeared in the journal Science this summer. The authors say their study is the first to demonstrate how the Internet is changing the way our brains work.

In a series of memory experiments, the psychologists asked college students to type statements such as, “The space shuttle Columbia disintegrated during reentry over Texas in 2003” and “An ostrich’s eye is bigger than its brain.” Half of the subjects were told that the statements they typed were being saved on their computer, while the other half were told that they would be deleted. Later, those students who thought the information they typed had been saved were less likely to remember its content.

“Participants did not make the effort to remember,” the authors write, “when they thought they could later look up the trivia statement they had read.”

In a related experiment, the psychologists instructed the students to type statements and then save them into various folders on their computer desktop. The students subsequently remembered very little of what they had typed but tended to know exactly where each statement was stored.

“That kind of blew my mind,” says Sparrow, who is the study’s lead author. “It shows that people now perceive that it’s more important to remember where they can find information than to commit to memory the information itself.”

So, is there any danger that our brains will weaken, like an unused muscle? Alternately, might there even be an advantage to outsourcing some of our knowledge to Google and Yahoo?

Sparrow says that psychologists are just beginning to ask these questions and don’t have answers yet. But she doubts that our reliance on the Internet will diminish our raw intellectual ability. She points out that human intelligence, as measured by average IQ scores, has risen steadily over the past century and that this trend has continued straight through the information age and up to the present day. In fact, she hypothesizes that we may be becoming more creative problem solvers by devoting less brain power to memorization.

“The amount of information that’s stored in our brains and to which we have ready access — what psychologists call our working memory — is finite,” she says. “So there’s reason to suspect that these changes we’re seeing are adaptive. First of all, if you spend less mental energy remembering facts that you can easily access online, this means you have more synaptic space for different types of tasks, such as recognizing new associations between concepts and ideas.”

Sparrow says she is currently designing experiments to test whether information we are exposed to but which we fail to memorize may seep into our subconscious and later be accessible to us in unexpected moments. “My hypothesis is that a lot of the information that seems to wash over us today may actually get stored deep down in our brain and periodically pop up into our working memory,” she says. “I want to know if this can lead to the type of ‘eureka moment’ that occurs when we notice a connection between seemingly disparate ideas.” 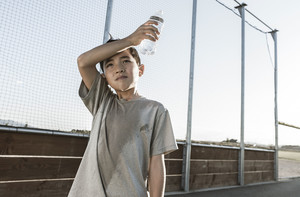