The Puppets of Butler Library 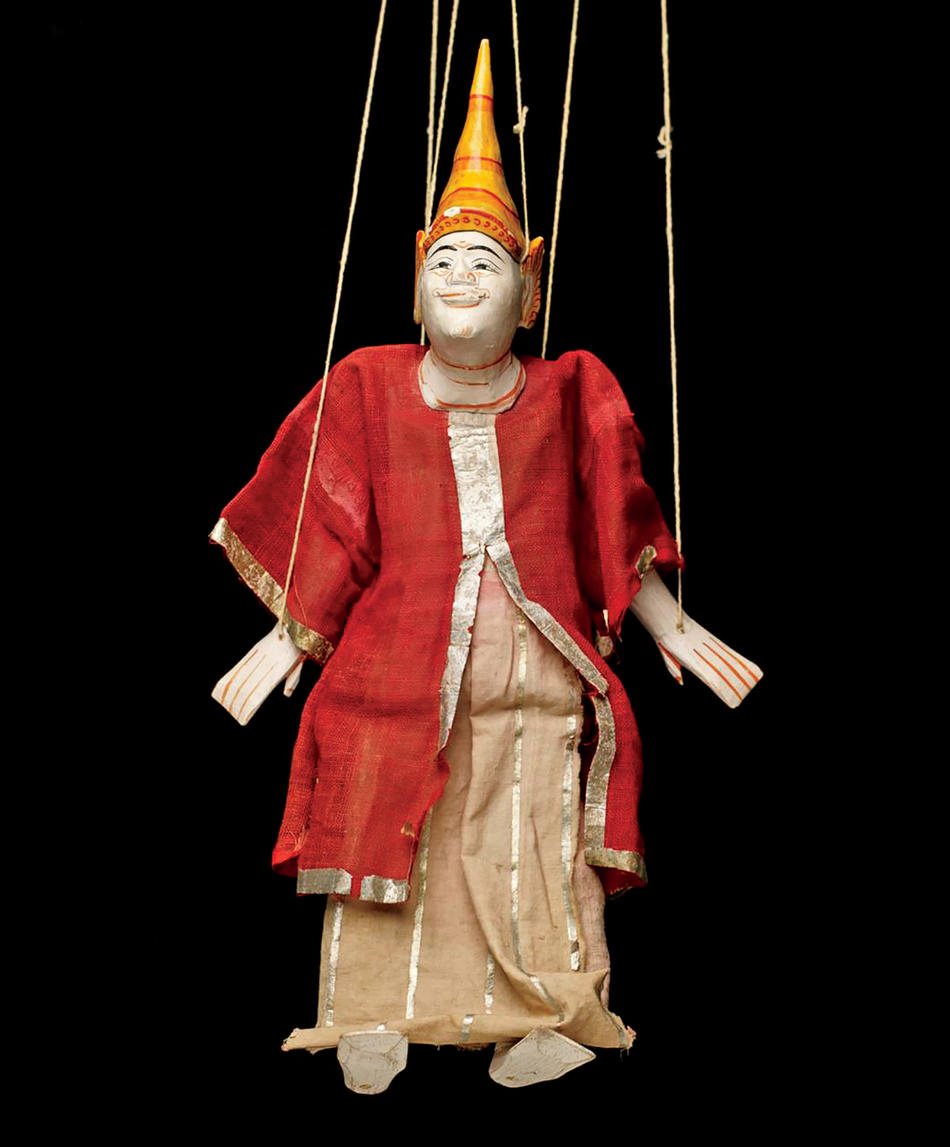 WHAT IS IT?   Yoké thé marionette, 13 inches tall

WHERE'S IT FROM?   Burma (Myanmar)

WHERE CAN I FIND IT?   Rare Book and Manuscript Library; Dramatic Museum Realia, 1700–1966

When he wasn’t penetrating the genius of Sophocles, Shakespeare, and Molière, Brander Matthews 1871CC, 1873LAW liked to go slumming in the purlieus of magic, pantomime, and puppetry — “aspects of the theater rarely considered to be worthy of criticism,” as he wrote in his 1916 volume A Book about the Theater.

Matthews, who taught at Columbia for thirty-three years and was the first professor of dramatic literature in the US, saw artifacts as tools of instruction. In 1911 he created a “dramatic museum” at Columbia built around a collection of playbills, manuscripts, posters, masks, and the two types of doll-like entertainers, “both of which are carelessly called puppets in English, and marionettes in French.” The first he described as “empty and flexible figures which are animated by the thumb and two fingers of the performer,” while the second are “manipulated by one or more performers overhead, who give life to these figures by jerking the various strings.”

The collection, which was housed in Low Library until 1971, included hundreds of puppets and marionettes from Italy, Japan, Mexico, India, China, Turkey, Burma (Myanmar), and elsewhere. In Burma, marionette theater, or yoke thé, was a popular entertainment of the royal court in the eighteenth and nineteenth centuries. It dwindled after 1885, when Burma fell completely under the rule of the British Raj.

The marionette shown here was purchased in Singapore in 1926 by John Mulholland, who taught at Teachers College and later became a famous magician. Matthews, a skilled conjurer himself, retired from teaching in 1924. He died five years later, leaving his papers — and puppets — to Columbia.

This article appears in the Spring 2019 print edition with the title "The World on a String."