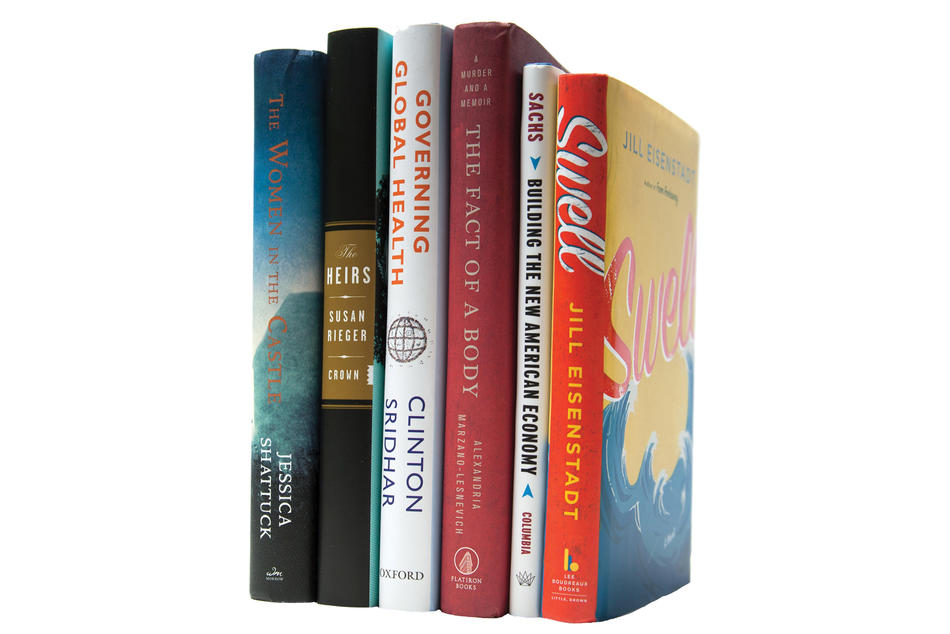 The Heirs
by Susan Rieger ’76LAW

The wealthy Falkes family is thrown into turmoil when, six months after the death of its patriarch, a woman comes forward, claiming that she had two children by the dead man. The battle over the inheritance gets ugly, with a widow and five grown sons also vying for their shares. But Rieger (a former Columbia associate provost) writes with compassion about these very complicated relationships.

The Fact of a Body
by Alexandria Marzano-Lesnevich ’01CC

Marzano-Lesnevich was a graduate of Harvard Law School and a vehement opponent of the death penalty when she took a job as a criminal defense attorney in Louisiana, largely fighting capital cases. But when she met client Ricky Langley — a pedophile and child murderer — she realized that she wanted him to die. In a powerful and unusual hybrid of true crime and memoir, she simultaneously tells Langley’s story and her own, which have haunting parallels.

Our country is more divided than ever, including on the related issues of the economy and the environment. In his latest book (introduced by Bernie Sanders), renowned economist and University Professor Sachs proposes a plan for sustainable development. He tackles issues like infrastructure, energy, and the national debt, providing both explanations of where America has gone astray and concrete policy recommendations for the future.

It takes a complex network of doctors, donors, data analysts, and others to combat major public-health crises like AIDS and Ebola, and according to Clinton and Sridhar the most effective networks are public-private partnerships, in which NGOs, traditional for-profit companies, and social enterprises work together with government agencies to tackle specific problems. In one of the first major studies of the subject, Clinton and Sridhar use two detailed case studies to evaluate the effectiveness of the public-private model.

The Women in the Castle
by Jessica Shattuck ’01SOA

Shattuck spent hours interviewing her German grandmother — who was a Nazi — about the complex moral choices that “ordinary Germans” faced during World War II. The result is a compelling novel about three widows trying to find a path forward after their husbands, all Resistance fighters, are killed during an assassination attempt against Hitler.

Thirty years ago, Eisenstadt published her first novel, From Rockaway, adapted from her Columbia MFA thesis. The book became a cult classic, and she and her friends (Bret Easton Ellis, Jay McInerney, and Tama Janowitz ’77BC, ’86SOA) became known as the “literary brat pack.” Now, Eisenstadt returns to the Rockaways and several of her characters in Swell, a loose sequel about a family settling into an old beach house that holds secrets.