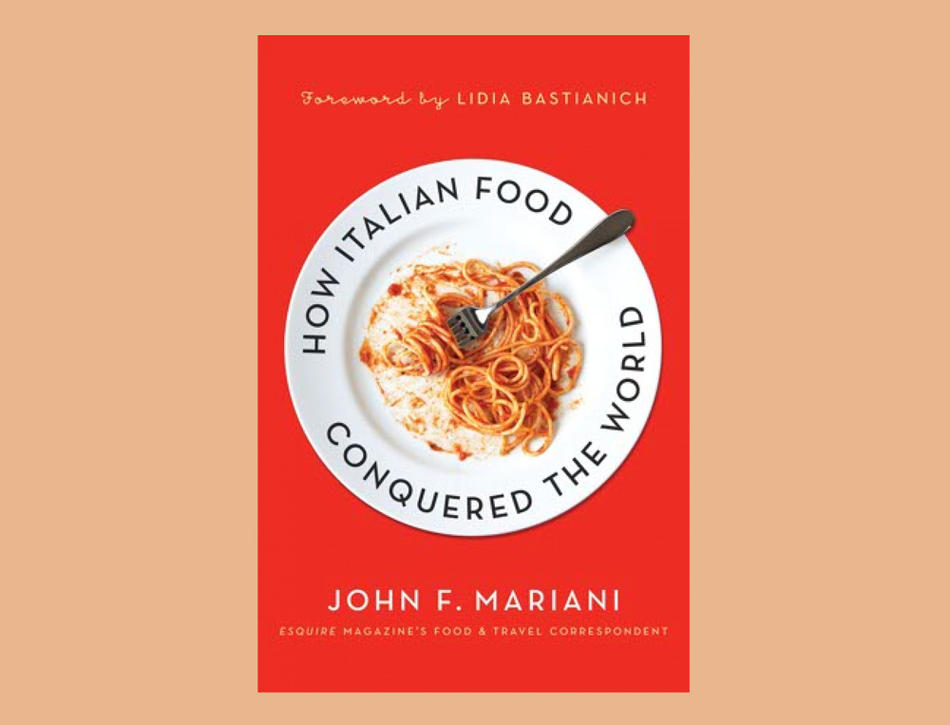 How Italian Food Conquered the World chronicles the rise of Italian cuisine through modern history, from the resourcefulness of poor immigrants in the early 20th century to the culinary sophistication of contemporary five-star chefs. Why did you want to tell this story?

If I had written this book 10 years ago, I might have called it How Italian Food Conquered America. But since then, all the evidence that I can see — not only from traveling abroad, but from reading about the hottest new restaurants opening in London and Berlin, and even in Mumbai and Tokyo — is that, after decades of Italian food being labeled as secondary to haute French cuisine, it is now far more popular, and far more enjoyable, than French food, virtually everywhere.

You describe four key events that led to this culinary shift, all of which occurred outside of Italy.

First, in the 1970s, there was the American food movement, when the number of gourmets and foodies grew substantially and wanted really good Italian food, Chinese food, Thai food, and so on. Then in the mid-1980s, there was a resurgence of interest in Italian fashion and style, and the fashion press would report assiduously on the chic trattorias where Gianni Versace and Giorgio Armani were eating their pasta. This connection made what had been perceived as old-fashioned, heavy, red-sauce cooking into something really hip and stylish. Also in the 1970s and early 1980s, America started to get much finer and fresher examples of Italian wines and food products. Now you could really reproduce the true flavors of Italian food in this country. Finally, in the ’90s, almost to top it all off, there was the Mediterranean diet, which said that Italians, specifically, were the healthiest people on the face of the earth, and this is the way that they ate.

And it was the overnight-transport revolution that made fresher ingredients and better products available?

Before FedEx and DHL, it was virtually impossible to find things like extra-virgin olive oil, real prosciutto di Parma, balsamic vinegar, or fresh porcini mushrooms outside of Italy. With these carriers, all these ingredients suddenly were available to chefs, restaurateurs, and home cooks. Now you could really reproduce the true flavors of Italian food in this country.

Until very recently, what Americans considered Italian cuisine was more of a southern variety, with hearty pastas and red sauces. Was this primarily because of the particular immigrant population that settled here?

Eighty-five percent of the 5 million Italians who came to America between 1880 and 1920 were from the south, predominantly from Sicily and Naples. They flourished, mostly in the eastern cities, and created their Italian American cooking from the abundance of ingredients they found here. They created dishes from reminiscences of favorite family cooking. But things like spaghetti and meatballs were considered luxuries in the old days, which they rarely could have afforded. Yet that’s the stuff that started being served in the little restaurants, in places like Little Italy. So this southern Italian food really became Italian American food.

Does that mean the basic marinara sauce is actually an Italian American creation, rather than a true Italian staple?

Absolutely. Up until the mid-19th century, nobody used tomatoes in Italy, except in the south. How could you get a tomato from Naples up to Turin or Florence? The thing would just rot. But once they started canning, the north begrudgingly accepted tomatoes and tomato sauce. Meanwhile, in America during the same period, the immigrants were going wild, because they could afford to have tomato sauce any night of the week, and they put it on everything.

Has America been more responsible for the Italian food movement on the world stage than Italy itself?

Having just returned from Italy, I can say that while I ate very well, it was the exact same food that I ate last time, and the time before that, and the time before that. The food is spectacularly good, but the excitement is clearly on this side of the Atlantic. New York, San Francisco, and some other cities around the United States are doing food at least as good, and I think more innovative and more exciting, than what’s going on in Italy today — which stays basically traditional, and basically regional. The food here has become much more refined. What you’re eating anywhere in the world now is much closer to the American model than the models in Italy.

What is it about Italian food that has such universal appeal?

I think it’s simply the likability of the basic ingredients. Everybody loves noodles, bread, tomato, and mozzarella. I mean, what’s better than that?