All by Columbia authors.

We Measure the Earth with Our Bodies

The Tibetan-Canadian writer Tsering Yangzom Lama begins her absorbing debut novel in 1960, ten years after China invaded Tibet. Two sisters — Lhamo and Tenkyi — flee their occupied homeland for a refugee camp in Nepal. Lhamo puts down roots, but Tenkyi moves on to India, then Toronto. Decades later, Lhamo’s grown daughter Dolma joins Tenkyi in Canada, where she discovers a statue that she believes is a long-lost family heirloom. Inspired in part by her own family’s exodus from Tibet, Lama has crafted a beautiful story about people fighting for their culture in the face of unthinkable odds.

On a Saturday afternoon in 1912 — nearly a decade before women’s suffrage — a group of “unruly women” gathered at a Greenwich Village restaurant, eager for change. Thus began Heterodoxy, a secret social club of revolutionary women — writers, artists, scientists, activists, and socialites — that “sparked modern feminism.” In her second book, historian and literary critic Joanna Scutts paints a vivid portrait of these women and their vibrant, bohemian world — a particularly arduous task since the club deliberately kept no records of their meetings.

When the novelist and Columbia Journalism School professor Keith Gessen and his wife, the writer Emily Gould, had their first child, they knew it wouldn’t be easy. But their son, Raffi, pushed their patience to the absolute limit and then kept going. He was bright and hilarious but also refused to sleep, screamed all the time, and turned into a ball of wild rage at the slightest provocation. In his collection of essays — which, much like parenting itself, is both wrenching and funny — Gessen writes about Raffi’s first five years and how their son upended all their expectations, for better and for worse.

The Rise and Reign of the Mammals

In 2018, Steve Brusatte — called “one of the stars of modern paleontology” by National Geographic — captivated popular-science lovers with his bestseller The Rise and Fall of the Dinosaurs. Now Brusatte turns his attention to our own prehistoric ancestors. Picking up after the asteroid strike some sixty-six million years ago that is believed to have killed off the dinosaurs, he tells the story of how mammals survived, thrived, and evolved. As with his first book, Brusatte shows remarkable talent for weaving hard scientific research into a riveting narrative, and for peppering his pages with fun details (the first whales had legs! elephants were the size of miniature poodles!) that seem straight out of science fiction.

Since March 2020, we have lived in a state of communal angst — gripped by a pandemic that has claimed millions of lives, while also reckoning with deepening political and ideological divides. “At the time of have-not,” writes Pulitzer Prize–winning poet Sharon Olds in her latest book, “I look at myself in this mirror.” The result is a gorgeous, introspective collection. Beginning with a series of quarantine poems, she also meditates on her own white privilege, on her mother’s abuse, and on aging, among other subjects. At once personal and political, the book perfectly encapsulates this confounding time.

Nominally, Dennard Dayle’s debut is a collection of short stories. But that gives short shrift to his genre-bending, deeply inventive form. Organized as a mock reference book, with entries preceding each story from abolition (“an early invasion of property rights by left-wing extremists”) to zygote (“a cell doomed to decades of empty suffering without emergency intervention”), it veers into science fiction, asking readers to imagine policing in an android society, or a copywriter tasked with advertising the weapon that could destroy the earth. Following in the tradition of writers like Columbia writing professor Paul Beatty, Dayle — a regular humor contributor to the New Yorker — is an exciting new voice, with deft observations and a biting, dark wit. 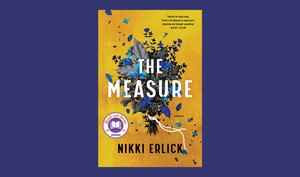