Walk into the basement of Columbia’s Chandler Hall, and you enter sixteenth-century Europe: leather-clad artisans are melting tin in an iron crucible, boiling elm roots in red wine, and coating roses, dead insects, and taxidermied lizards with butter and wheat oil. After a few hours of work, they will have created exquisitely detailed pewter replicas of the flora and fauna — gifts suitable for any aristocrat.

These craftspeople, graduate students working on Columbia’s Making and Knowing Project, are members of a multidisciplinary research team that hopes to gain insights into the mindset of Renaissance craftsmen by reproducing their wares. Led by history professor Pamela Smith, the project is focused on replicating the works of an anonymous Frenchman who, in the last decades of the sixteenth century, obsessively jotted down everything he learned about making pigments, varnishes, colored metals, coins, jewelry, knives, guns, and decorative objects. His 340-page notebook, which is preserved in the Bibliothèque nationale de France and known by its catalog name, BnF Ms. Fr. 640, is one of the most comprehensive accounts of craftsmanship from the era. Until now, though, no modern academics have ever attempted to follow its recipes.

“It’s only in the past couple of decades that scholars have come to regard craft-making as a knowledge system that is worthy of serious investigation, rather than as a collection of rote techniques,” says Smith, whose team is also producing the first English translation of BnF Ms. Fr. 640.

One reason historians have begun to take an interest, Smith says, is that their study of early-Renaissance European society has taught them that artisans in the period enjoyed a bump in social status as a result of their increased economic importance.

“In addition to producing art objects that collectors were eager to acquire, craftspeople were manufacturing weapons, tools, and other metal items that everybody needed,” says Smith. “This gave them power.”

By the sixteenth century, artisans had acquired so much prestige that philosophers and other intellectuals began to study the craftsmen’s work to try to figure out how they were honing their techniques. What they witnessed in the craftsmen’s workshops, Smith says, was a revelation: tireless trial-and-error experimentation, as the same procedures were repeated over and over with slight variations each time, with the results documented in notebooks.

“Basically, this was the birth of the modern scientific process,” she says. “Inspired by what they saw in the workshops, the great natural philosophy and medical societies of Europe would, by the mid-seventeenth century, embrace laboratory experimentation as the basis for accumulating new knowledge about the physical world.”

Over the past three semesters, students enrolled in a graduate course that Smith is teaching in conjunction with the Making and Knowing Project have reproduced about fifty recipes from BnF Ms. Fr. 640.

“There are certain things you can’t learn about this craftsman and his social milieu without getting your hands dirty,” says Smith. “How long did it take him to acquire the skill to cast a rose in metal? Did he document his techniques so clearly that other people might copy them easily? How did he experience and understand the hardening of plaster and the behavior of metal flowing in the molds? These are the types of mysteries we want to solve.”

A recipe for life casting 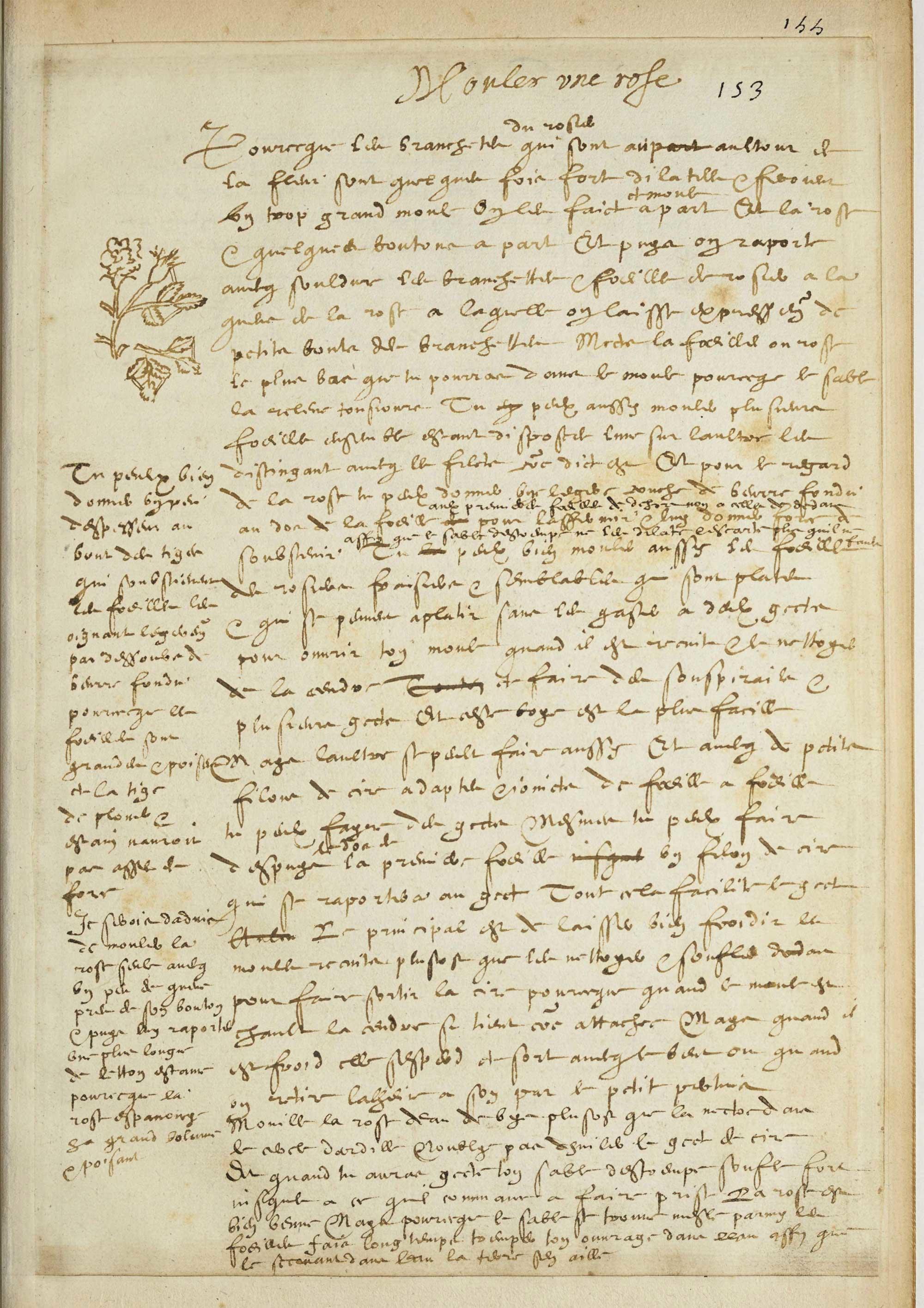 2. A rose is coated with butter so that its petals retain their shape when cast in plaster. 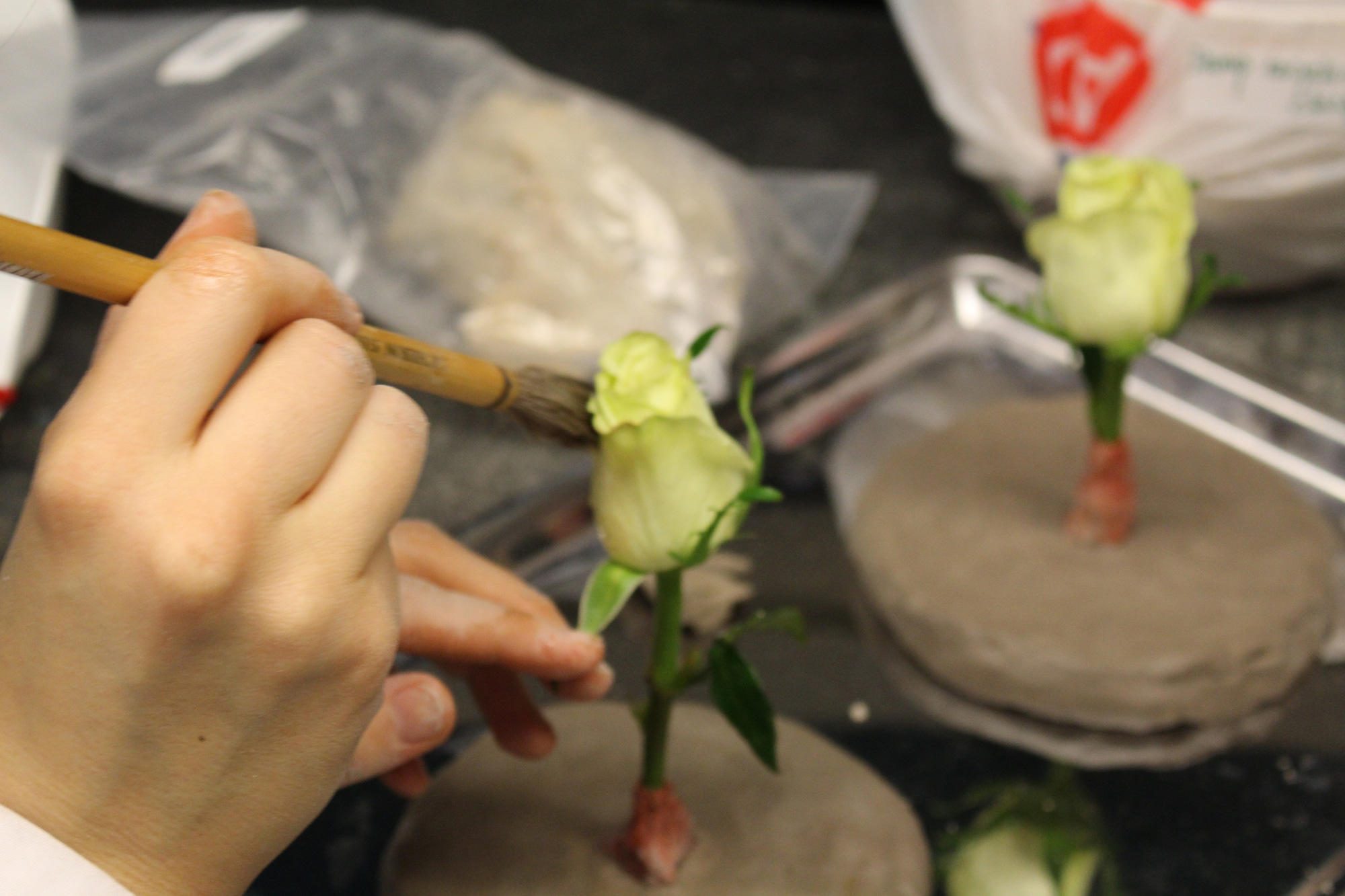 3. Clay walls are built around the rose, and a mixture of plaster, ground bricks, water, and ammonium chloride is poured inside. 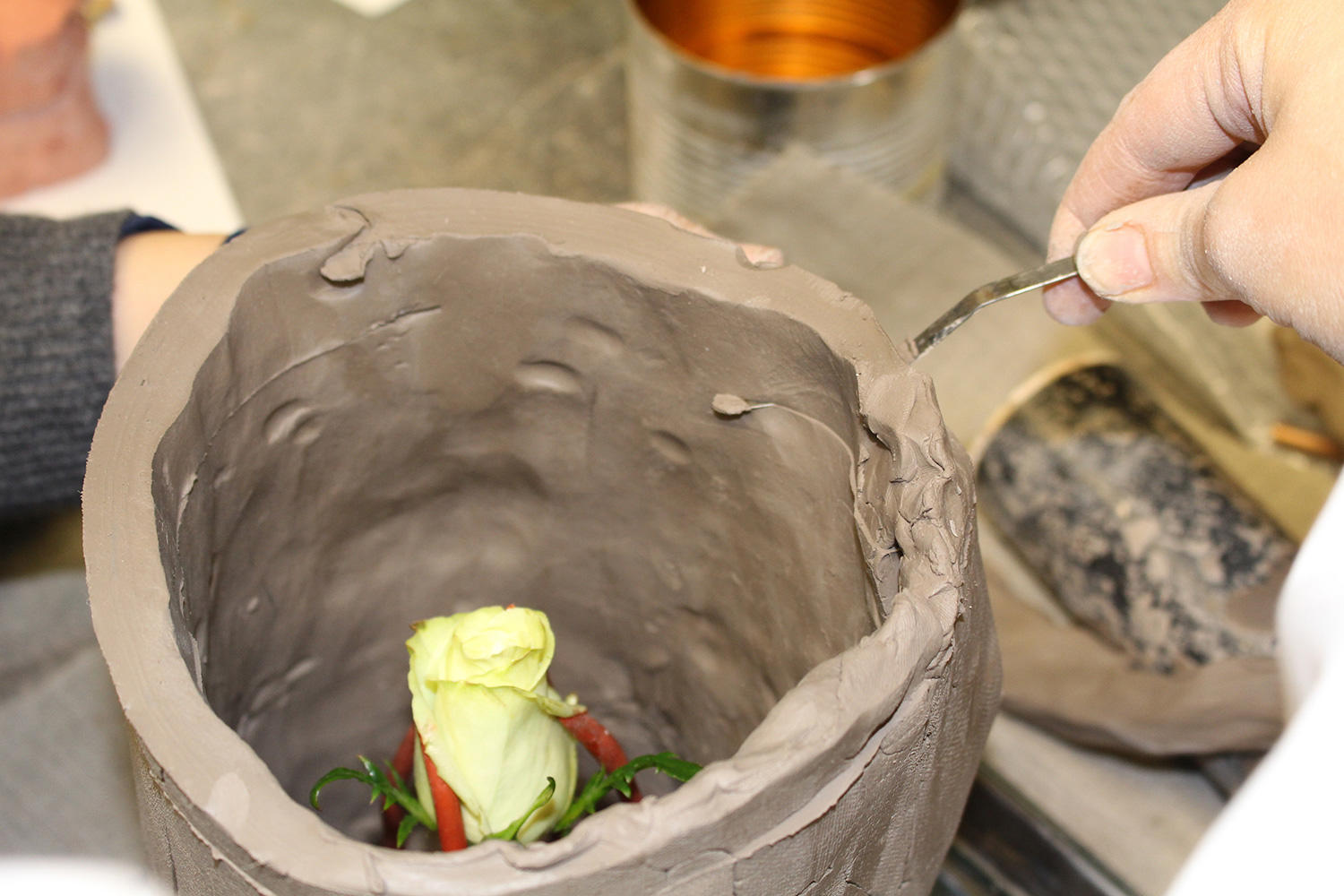 4. The basin is heated in a kiln. The rose turns to ash but leaves its impression in plaster. 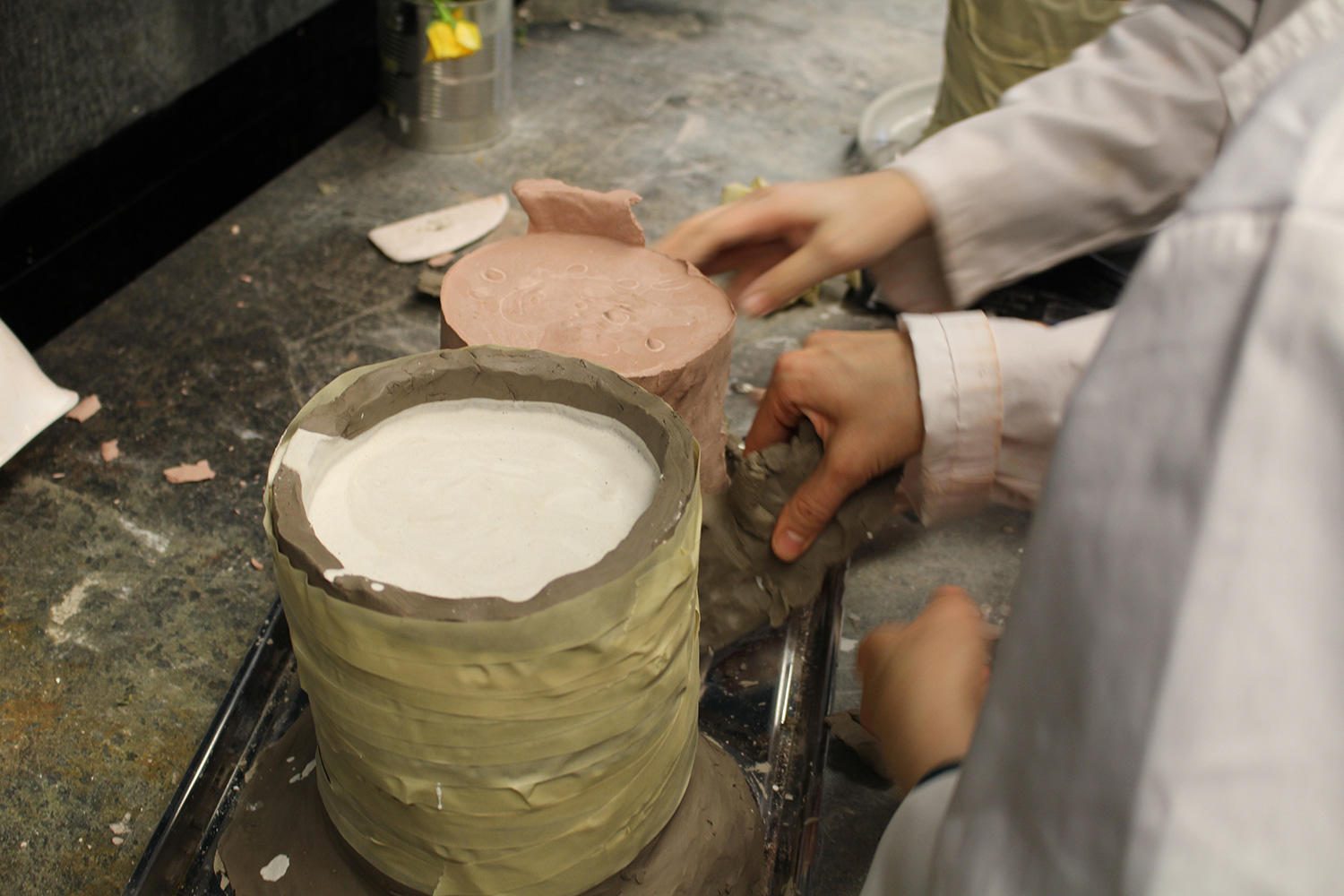 5. Tin and lead are melted to form pewter, an alloy whose malleability made it popular among Renaissance craftspeople. 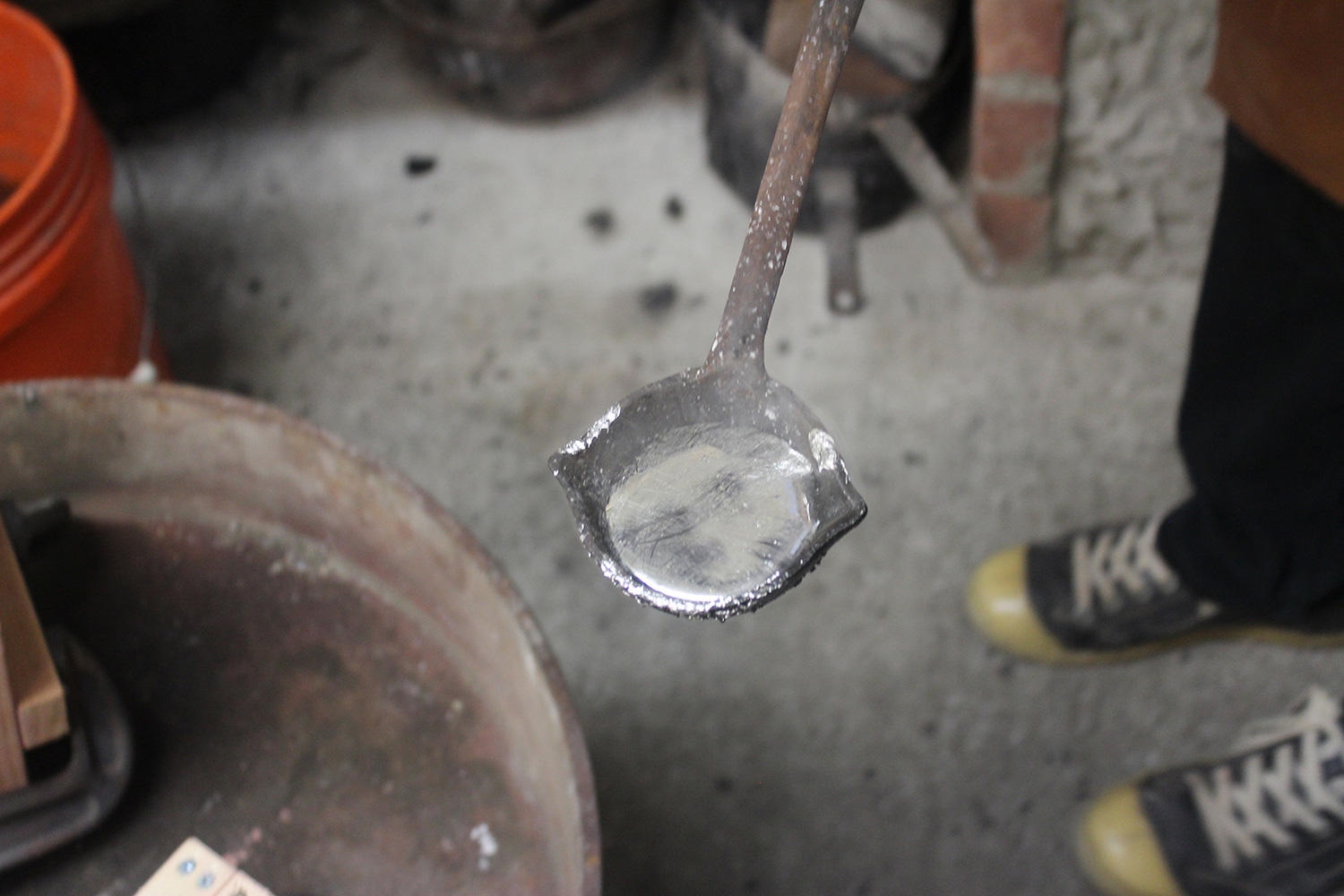 6. The hot pewter is poured into a mold very slowly, so that it fills every crevice. 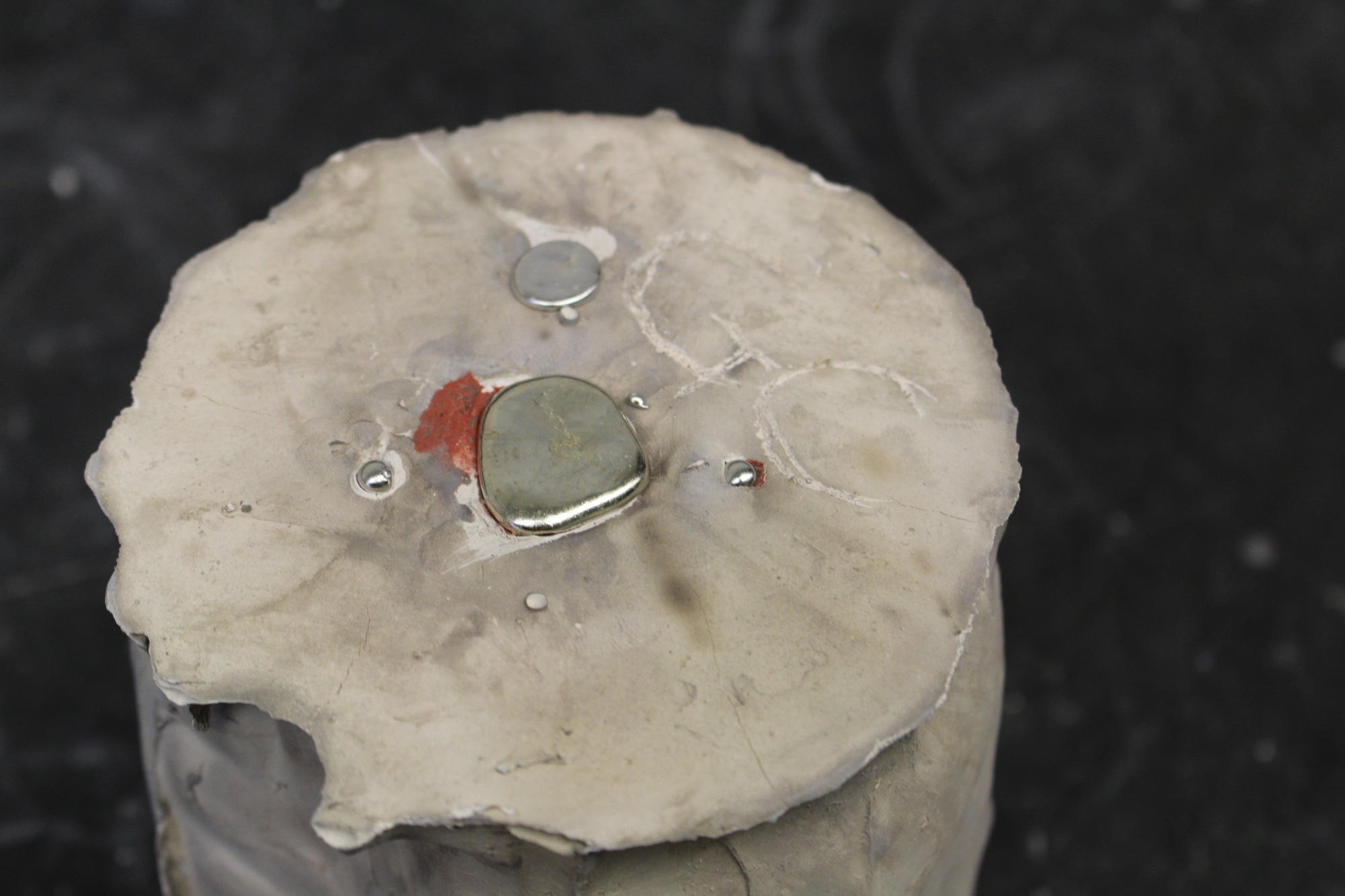 7. Once the metal cools, the flower is broken out of the plaster, and any rough edges are filed away. 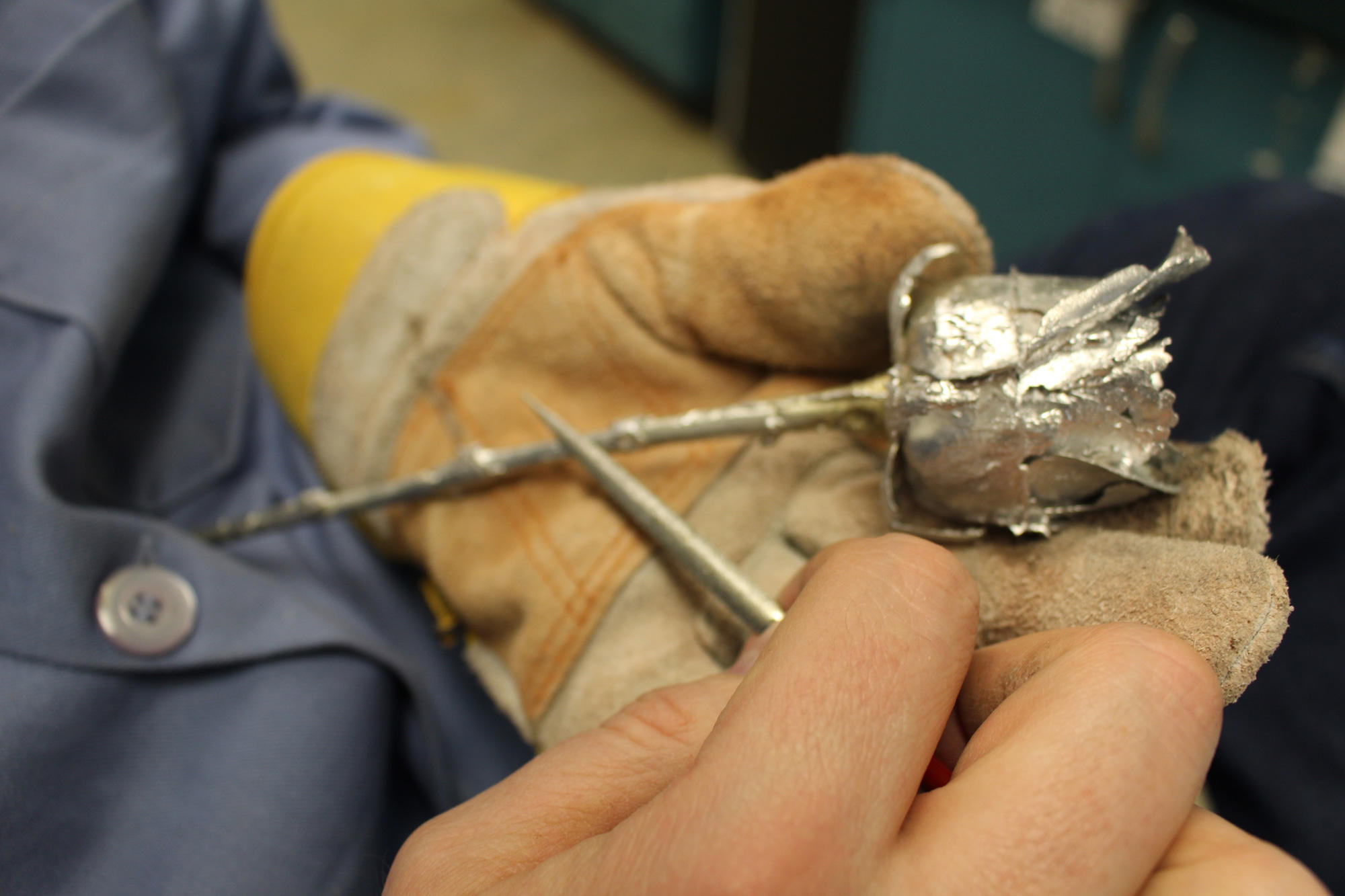 8. "An object like this was viewed as the pinnacle of the craftperson's ability to imitate nature," says historian Pamela Smith. 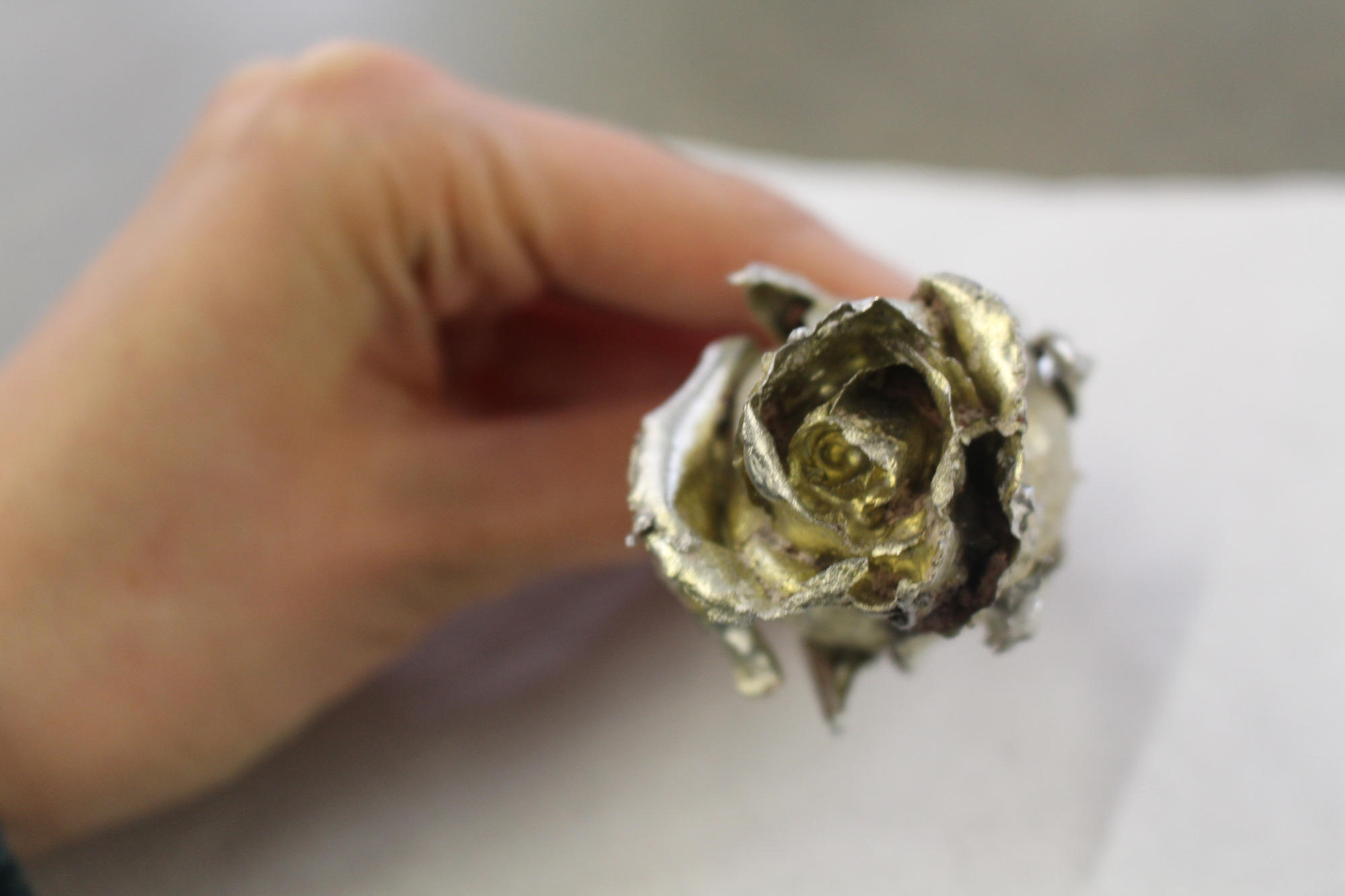 Photos courtesy of the Making and Knowing Project.