Bard in the USA

We talk with James Shapiro '77CC, the Larry Miller Professor of English and Comparative Literature and the editor of Shakespeare in America. Shapiro is a governor of the Folger Shakespeare Library and serves on the board of the Royal Shakespeare Company. In 2011, he was inducted into the American Academy of Arts and Sciences. 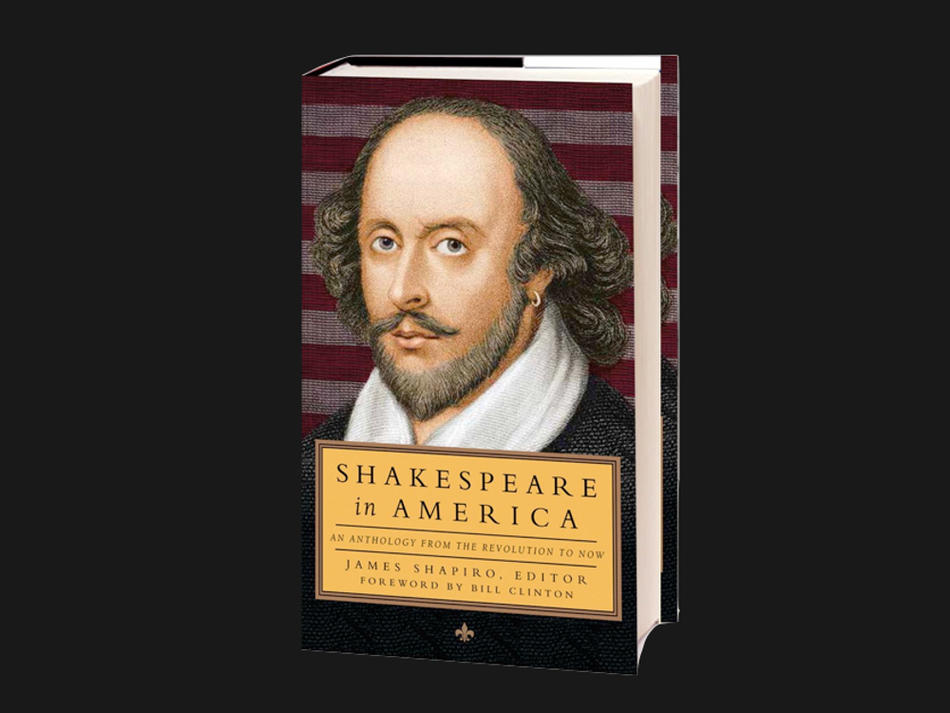 Your new anthology charts the history of America’s fascination with Shakespeare. How did the book come to exist?

Shakespeare is increasingly a global phenomenon, though what interests readers and playgoers in, say, India or China may differ from what audiences in Brazil or Russia might find compelling. Knowing that I planned to be engaged more fully in global Shakespeare in the coming years (ideally, through Columbia’s Global Centers), I thought it would be wise to learn more about my own country’s responses to Shakespeare. Over the course of my research, I was amazed by how much extraordinary writing about Shakespeare there has been in this country over the past two centuries, much of it unknown to me.

What were some of your most intriguing discoveries?

Easily the strangest thing I encountered in the course of putting together the anthology was the amateur production of Othello in 1846 in Corpus Christi, Texas, staged by American troops on the eve of war with Mexico. A young officer named Ulysses S. Grant was cast in the role of Desdemona. I’m still wrestling with what it meant for a future Civil War general and president of the United States to see this play about racial division through the eyes of its tragic heroine. I was also surprised to come across a poem written in 1848 by a Native American named Maungwudaus, who was visiting Stratford-upon-Avon and wrote a tribute there to Shakespeare.

Tell us more about Othello and America. It seems as if Americans have grappled with that play in a way that reflects our national reckoning with slavery and race.

America’s Othello was certainly not England’s: while the African-American actor Ira Aldridge could perform the title role on the London stage in 1825, well over a century would pass before Paul Robeson would become the first African-American to play that part on Broadway. The anthology is rich in American writing about Othello, from President John Quincy Adams — a great opponent of slavery — nonetheless attacking Desdemona for betraying her father and marrying a black man, to Mary Preston (a fervent supporter of the Confederacy) insisting that “Othello was a white man!” It’s powerful and disturbing stuff.

The book is introduced by President Bill Clinton, which initially seems like a surprising choice. How did he get involved?

Shakespeare had a particular gift for creating plays that put individuals under incredible pressure — in his tragedies, to the breaking point. It’s no surprise that those among us who experience the most intense pressure day in, day out — the presidents of the United States — have been drawn to his plays, from George Washington and Abraham Lincoln up to the present day. I knew that President Clinton had spoken about reading Macbeth in high school and had quoted from Shakespeare in speeches. I reached out to him through the editors at the Library of America and he graciously provided a foreword to the book.

What was your own first encounter with Shakespeare in America?

My earliest encounters with Shakespeare onstage took place in London and Stratford-upon-Avon, in the 1970s; I’d work during the summers until August, then travel to England, sleep in youth hostels, and see a play a day for three weeks — every summer, for years. It’s only lately that my engagement with Shakespeare has been primarily American, since I’ve signed on to serve as Shakespeare scholar in residence at the Public Theater downtown. Easily my most memorable experience in that regard was going with a company of actors from the Public to Rikers Island, where they performed Much Ado about Nothing. I’ve never seen a more attentive or engaged audience, and the experience of watching inmates respond to the play was deeply moving. I’ll be heading back there this year with a company performing Pericles.

What are some of your favorite pieces in the collection?

My absolute favorite is Jane Addams’s 1895 essay “A Modern Lear.” It’s brilliant, passionate, and in choosing to view Shakespeare’s tragedy through the lens of the bloody Pullman strike, a hundred years ahead of its time. The powerful (and Lear-like) industrialist George Pullman made sure that it wasn’t published at the time, and it didn’t appear in print until 1912. I also love the final entry, from Jen Bervin’s 2004 volume Nets, in which Bervin takes Shakespeare’s sonnets and puts key words in bold, thereby uncovering fresh meanings and resonances. One of her most haunting revisions is “Net 64,” which highlights language in that sonnet that foreshadows the destruction of the Twin Towers on September 11, 2001: “I have seen . . . towers . . . down-razed . . . loss . . . loss.”