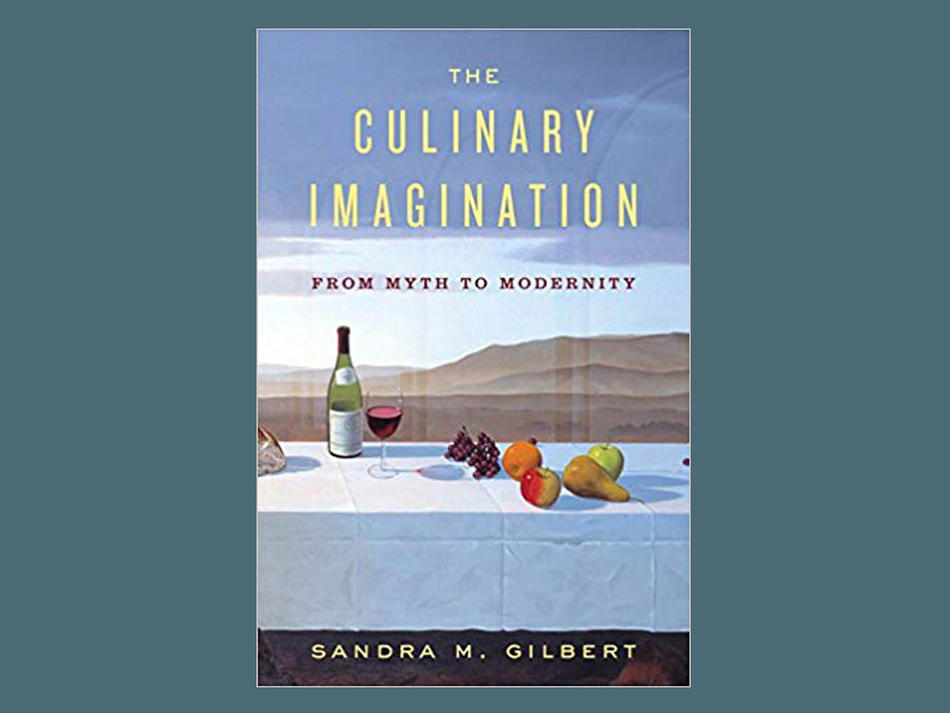 Here’s a curious paradox: Americans have never spent less time in the kitchen preparing the daily meals that feed our families. And yet culturally, our interest in food has never been stronger. Some 24,000 cookbooks are published annually. Food television, which once began and ended with Julia Child’s half-hour on PBS, now sprawls across multiple cable channels, offering twenty-four hours of programming. New genres of food writing have emerged and thrived — the food memoir (or “foodoir,” to the cognoscenti) and the food blog. We may not be cooking it, but we’re eating it up.

This obsession runs deep, writes poet and critic Sandra M. Gilbert ’68GSAS in her new book, The Culinary Imagination. Food, as a primal human need, has always held a place in the canon: from “the six portentous pomegranate seeds Persephone nibbles” in the Greek myth, to the ancient Roman poets who “invited friends to dinner in verse,” to Proust’s resurrection of “the whole world of his temps perdu from a morsel of madeleine.”

Gilbert is a skilled researcher of sweeping topics (her last book was on our relationship with death), and in this culinary history she sets out to chronicle not how we’ve eaten over the years, but how we’ve represented our diet across several genres. Moving far beyond the expected quotations from M. F. K. Fisher and Michael Pollan ’81GSAS, she analyzes Roald Dahl’s whimsical descriptions of sweets, the horror of recipes imagined by a group of starving women imprisoned in concentration camps, the Pixar-Disney cartoon Ratatouille, and, in the most engaging passages, memories from her own Sicilian-Niqoise-Russian immigrant table.

Gilbert sets up the book by musing on the recent wave of culinary fetishization, asking, “Why have our kitchen fantasies changed so radically?” But even after taking readers on a journey spanning thousands of years and dozens of art forms, the best answer arguably comes in the first line of the foreword. There, Gilbert quotes Ernest Hemingway: “There is romance in food when romance has disappeared from everywhere else.” Gilbert captures that romance well, and food lovers will delight in the buffet.