Book Review: “The Death and Life of the Great Lakes” 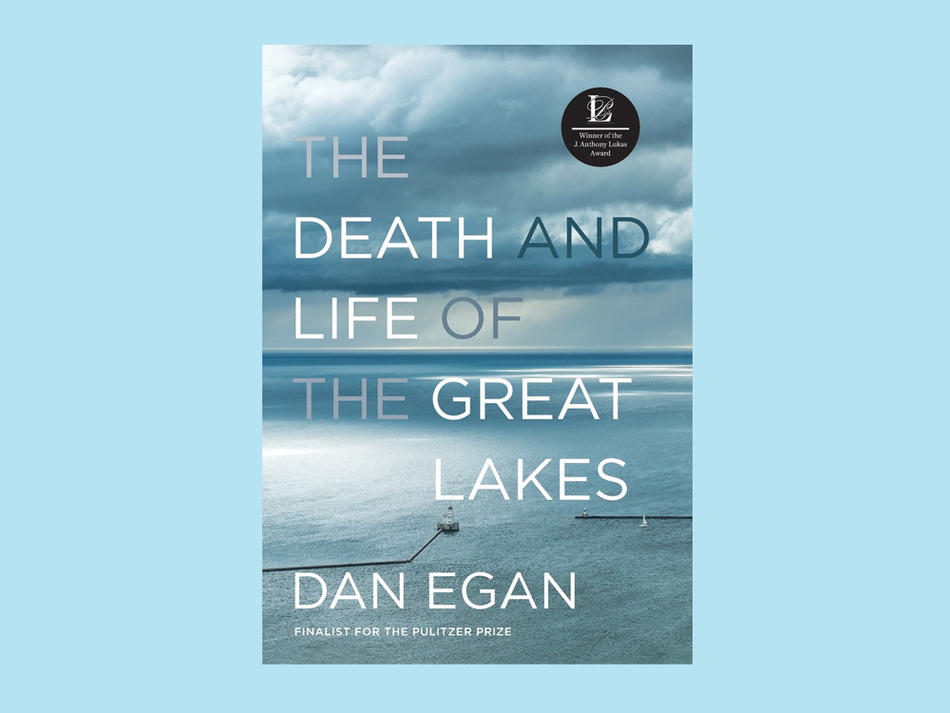 Earlier this year, Michigan’s Department of Natural Resources made a novel offer in the name of environmental stewardship: come up with a plan to keep invasive Asian carp out of the Great Lakes and you could win a million dollars.

Only, to hear Dan Egan ’12JRN, a reporter for the Milwaukee Journal Sentinel, tell it, this was not going to be easy money. The Great Lakes, for all their beauty and wonder, have no natural defenses against bighead and silver carp, which eat so much plankton that they threaten to decimate the food chain of any body of water they inhabit. And, as Egan reports, there is evidence that the carp may already have made it into Lake Michigan, rendering the contest moot.

In Egan’s meticulous retelling, the presence of the invasive carp in US waters can be traced to an Arkansas farmer who, in the late 1960s or early 1970s, imported what he thought was grass carp — a more benign relative that helpfully devours aquatic weeds — to assist in the cleanup of polluted streams. Upon realizing his mistake, the farmer did the right thing and turned his carp stocks over to state fishery workers. But the damage may have already been done.

The Death and Life of the Great Lakes, Egan’s first book and the winner of the Graduate School of Journalism’s J. Anthony Lukas Work-in-Progress Award, is full of stories like this one: head-slapping moments of human error, with a whiff of hubris. At the same time, the book emphasizes the difficulty of foreseeing the potentially dire consequences of seemingly innocuous actions.

What makes the Great Lakes — which contain 21 percent of the earth’s surface freshwater — unique, Egan argues, is also what makes them uniquely vulnerable. Originally formed by retreating glaciers, the lakes spent the better part of fourteen thousand years completely isolated from other bodies of water. Like Native Americans unprepared for the arrival of smallpox, they were, as Egan puts it, “ecological babies” until the late nineteenth century, when invasive species started wandering up the man-made Erie Canal.

There are now more than 180 non-native species in the Great Lakes. They came by boat, mostly, hiding in the ballast like stowaways. Some, like coho salmon, were even introduced on purpose, to boost the local economy. (It’s a lot more fun, apparently, to catch salmon, which put up a fight, than native trout, which have all the resistance “of a snagged rubber boot.”) So many mussels have taken up residence in Lake Michigan that they are filtering out virtually all the plankton, a major food source for other lake dwellers. “This nearly vodka-clear water is not the sign of a healthy lake,” Egan writes.

Invasive species aren’t the only danger the lakes face. For several days in 2014, Toledo lost its entire water supply to a toxic algal bloom. The year before, the water level of Lake Michigan hit a record low, before surging over three feet in just two years, prompting floods in Chicago. The culprits here are familiar: agricultural runoff and global warming.

Structuring the book geographically, Egan travels from one end of the lakes to the other, a remarkably ambitious narrative project. He’s a gifted storyteller, and each chapter can be as entertaining as a good novella. But the overarching theme — the sense of mounting danger each time a new species slips into the lakes — can get swamped by an excess of anecdotes and characters.

Still, Egan — a two-time finalist for the Pulitzer Prize in explanatory reporting — draws a vibrant portrait of the lakes and brings a pressing environmental issue to wider attention. This is what good science journalism ought to do: make us aware of problems we didn’t even know affected us, rendering the familiar strange and the strange familiar. The Great Lakes are a vital part of American life and lore; but, as Egan demonstrates, there’s a lot we still don’t know about them, and our ignorance could come to haunt us.

Fortunately, Egan shows that all isn’t lost — at least not yet. Thanks to new policies requiring ships to flush their ballasts, the influx of invasive species has all but stopped. Floating docks are helping mitigate the swings in lake level. Genetic engineers are devising ways to render carp infertile. And who knows? Someone may yet claim Michigan’s tantalizing million-dollar prize.

Top Stories
Book Review: Horse
Can the World’s Religions Help Save Us from Ecological Peril?
What Declassified Government Documents Reveal About America’s Dark Secrets
Is Objectivity in Journalism Even Possible?
Learning to Live with the Voices in Your Head
All categories >
Read more from Ian Scheffler '12CC