Review: "The Emperor of All Maladies"

A Biography of Cancer, by Siddhartha Mukherjee (Scribner). 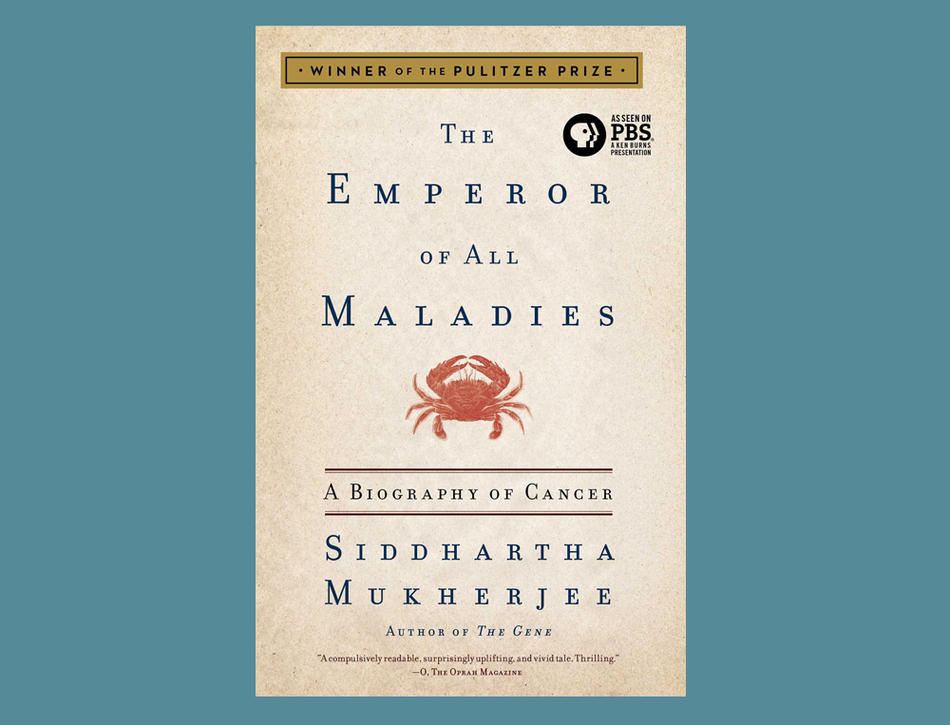 It is difficult, if not impossible, to reach middle age without experiencing at close hand the ravages of cancer. In my case, the litany of loss includes a grandmother killed by colon cancer, a longtime friend who succumbed to metastatic breast cancer, and a mother who survived breast cancer in her 60s but died, two years ago, of stomach cancer.

By the time it was diagnosed, my mother’s disease was advanced, metastatic, and therefore inevitably fatal. She was nevertheless offered chemotherapy, which might have retarded the progress of her cancer; there is no way of knowing for sure. My mother, in her early 80s, was both valiant and hopeful about her treatment. “I want to live,” she told the oncologist. She persisted in believing that she might somehow be cured, despite having been told that a cure was impossible. Her faith in modern cancer medicine was as profound as it was misplaced. About nine months after her diagnosis, just after we had decided to enroll her in a hospice program, she asked me, heartbreakingly: “Julia, when do we go to the doctor?” A week later, she was dead.

It was with this dismal personal history as context that I picked up Siddhartha Mukherjee’s much-praised The Emperor of All Maladies: A Biography of Cancer. Mukherjee, an assistant professor of medicine at Columbia and a staff physician at Columbia University Medical Center, writes that he originally intended the book to be a journal of his two years as an oncology fellow at Massachusetts General Hospital in Boston.

He ended up producing something considerably more ambitious: an eloquent and indispensable history of cancer. (The “biography” conceit of the subtitle is clever without being particularly illuminating.) The Emperor of All Maladies tracks the first historical glimpses of the disease, the development of treatment regimens, the role of prevention, and the biological mechanisms by which cancer wreaks its various forms of havoc. Anchoring the narrative, and giving it a human face, are case studies of patients who lived to tell their tales — and of others who did not.

By dint of its subject matter, The Emperor of All Maladies can at times be difficult to read. The vividly depicted suffering of patients such as Carla Reed, in the grip of an aggressive leukemia, or Barbara Bradfield, battling metastatic breast cancer, might evoke painful associations. (It did for me.) And Mukherjee’s elegant exposition of the science of cancer — which touches on retroviruses, proto-oncogenes, tumor suppressors, genetic mutations, biochemical pathways, and more — will prove challenging for readers without a decent background in biology.

It’s worth persisting. This is a remarkable book: cogently written, impressively researched, and animated by a sensibility that is at once skeptical and empathetic. Mukherjee relates cancer’s story as if it were a thriller, and his narrative command is as thorough as his scientific expertise. This isn’t a full-fledged cultural history, but it is enriched by Mukherjee’s literary proclivities. He begins each chapter with epigraphs, and names such as Czeslaw Milosz, T. S. Eliot, and Jack London turn up alongside quotations by cancer researchers.

After immersing the reader in Carla Reed’s plight, Mukherjee flashes back to the 1940s Boston laboratory of Sidney Farber, a chemotherapy pioneer, and then to the writings of the Egyptian physician Imhotep. In a manuscript dating from about 2500 BC, Imhotep describes a case of breast cancer; in regard to treatment, he writes simply: “There is none.”

This is the first record of cancer in the medical literature. Over the centuries, Mukherjee says, cancer seemed to be something of a bit player. Though it can strike children and young adults, cancer, a disease of cell division run amok, is strongly correlated with age. In the past, infectious diseases decimated large swaths of the population before cancer could emerge. It follows that, as our population ages, the prevalence of cancer will increase, and the need for effective treatments and preventive measures will grow even more urgent.

Mukherjee is keenly aware that as cancer cases escalate, cures have not kept pace. While he tends to see cancer researchers as heroic, he is less sanguine about practitioners who have too readily employed radical surgery and radical chemotherapy.

A cancer diagnosis has historically inspired fear not just because of the disease’s painful course and high mortality rate, but because of the arduousness of treatment. Cures, often of dubious efficacy, entailed surgical disfigurement, the ingestion of highly toxic chemicals with crippling side effects, potentially damaging radiation, or some combination of the three. (My mother’s oncologist, describing her decline into semiconsciousness, attributed the blame jointly to her cancer and the drugs she was taking to combat it.)

Mukherjee compares cancer treatment to the conundrum of Lewis Carroll’s Red Queen, with both doctors and patients “stuck pedaling furiously just to keep still in one place.” And yet, only a few decades ago, the situation was markedly worse. Some once-fatal cancers, including childhood leukemia, are now highly curable. And the armamentarium of remedies has expanded. William S. Halsted’s late-19th-century radical mastectomy, which excised lymph nodes as well as breasts, has mostly been replaced by the simple mastectomy and, in some cases, a breast-sparing lumpectomy. High-dose chemotherapy cocktails are being supplemented — if not yet eliminated — by less toxic and more targeted drugs, including Herceptin (for breast cancer) and Gleevec (for leukemia).

In these more subtle remedies, along with better prevention against carcinogens, lies oncology’s future, Mukherjee suggests. “No simple, universal, or definitive cure is in sight,” he writes. But as the science of cancer grows more sophisticated, it will spawn more sophisticated oncological medicine, a constantly evolving array of specific treatments and cures.

Mukherjee shies away from utopian predictions. “Technology,” he writes, “dissolves its own past,” complicating any such forecasts. But neither human nature nor the nature of cancer, is likely to change. So, he writes, “the relentlessness, the inventiveness, the resilience, the queasy pivoting between defeatism and hope, the hypnotic drive for universal solutions, the disappointment of defeat, the arrogance and the hubris” that have characterized the battle against cancer to date will surely be part of its future, too.