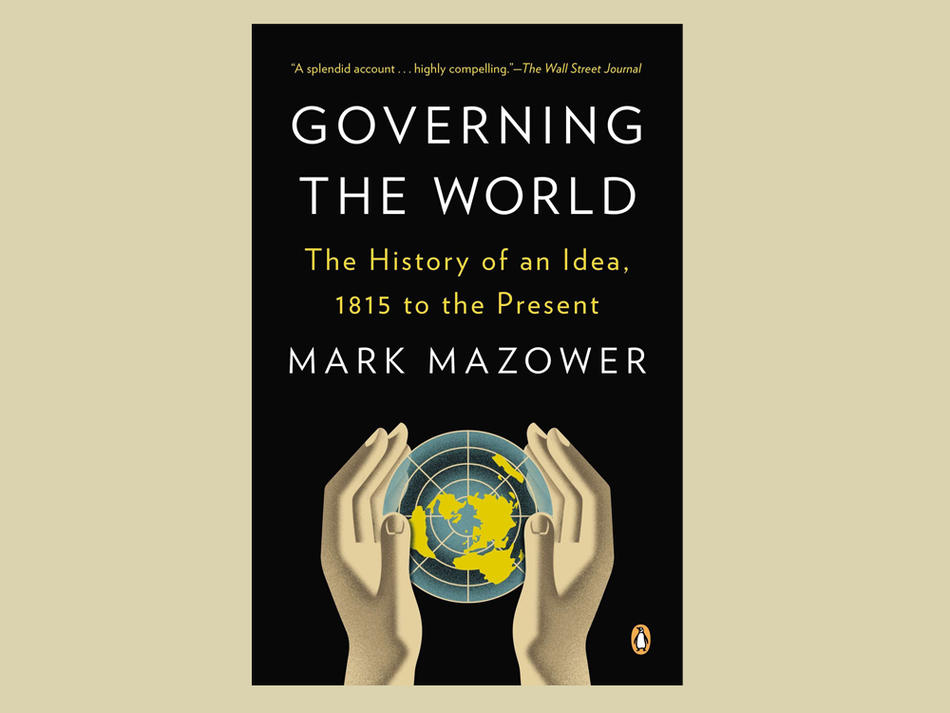 The idea of a world government has captivated people since the prophecies of Isaiah, who was one of the first to articulate what is instinctive to many: that our shared humanity requires a universal political community. But the challenge of turning this ancient vision into a reality has been raising and dashing hopes for centuries.

In Governing the World: The History of an Idea, Columbia historian Mark Mazower works his way forward through wars, diplomacy, and social movements to document the intellectual history of this impulse and its manifestations. He begins in the era of the Concert of Europe — the loose collective of European monarchies that sought to maintain political stability in the hundred years between the end of the Napoleonic Wars and the start of World War I. Under the shelter of this European great-power peace, the nineteenth century saw a flowering of internationalism. Indeed, much of the global activism and advocacy that today we associate with post–Cold War globalization originated in these nineteenth-century movements.

These parallel periods, Mazower points out, were enabled by like conditions: the rise of new communication technologies; faster, cheaper transportation; and the spread of literacy, books, and periodicals. The nineteenth century saw the blooming of what we might think of today as international social movements and nongovernmental organizations, including the Red Cross, founded in 1863 by the Swiss businessman Henri Dunant. These movements often sprang from Protestant Christianity and its missionary activity, but social activism was already well on its way to becoming secularized. The seeds of modern international law, including the Geneva Conventions and contemporary laws of war, were planted in the diplomatic conferences and multilateral treaties of the same period.

Mazower introduces a whole cast of characters with internationalist and supranationalist visions, ranging from the sober to the ecstatic. He might have written a book simply from these colorful personal histories. Yet Mazower keeps his focus on his two goals: to tell an intellectual history of the ideal of world governance, and to offer a distinctive analytic framework through which to understand the interplay of international organizations, nongovernmental organizations, and the rise of the human-rights movement.

Central to this analysis are the complicated, ambivalent relations between the United States and the United Nations, dating back to its origins in the League of Nations, as the US seeks to control the organization to ends that are sometimes idealistic, sometimes self-interested. Mazower, with his original analysis, places himself in the company of other ambitious young historians of the postwar intellectual environment — in particular, his Columbia colleague Samuel Moyn, author of The Last Utopia.

Governing the World interprets the UN through the lens of the rising postcolonial world, and so — quite unusually — devotes serious energy to questions of international economic development and the world economic order. Few historians of diplomacy and politics feel comfortable taking up the history of international development or addressing mechanisms of global economic coordination; human rights and world peace are, frankly, a lot easier. It is a great strength of this book that it deals directly with these agendas that have so much to do with the interests of the world’s poorer nations.

Mazower is, in the end, a liberal internationalist — someone who looks to international law and institutions to overcome the anarchic power relations of sovereign states. He sees the United States very often as a spoiler, happy to use the United Nations where it can further its agenda but willing to undermine it for the same purpose. He also defends universalism — universal human rights, universal governance by all for all — as a bulwark against states’ parochial self-interest and often wicked sovereign prerogatives. Even if the US, in Mazower’s view, is not the most wicked or self-interested in maintaining its sovereign prerogatives, it is the great enabler of states unwilling to give up sovereign power to an international rule of law.

I don’t share Mazower’s conjoining of universalism and internationalism. It’s a mistake to assume that international institutions are the natural repositories of universal values just because they are not tied to a particular geography. Perhaps universal human values have thrived, to the extent they have, not on account of the UN or international organizations or law but instead under the sheltering sky of a loose American hegemony.

Despite his jaundiced view of the US, Mazower is no starry-eyed UN partisan. On the contrary, he has an admirable tough-mindedness toward it that allows him to describe plainly its many dysfunctions, as well as to put squarely on the table reasons for its problems that lie as much within the institution itself as without it.

Mazower’s ideal of what supranational governance might look like finally seems to draw less from the United Nations and more from the European Union. Yet the final chapter of Governing the World, which examines the Eurozone debt crisis and its implications, is much more pessimistic than what comes before it. Global finance and global capital markets, Mazower comes close to saying, are today the true authors of governance. In such a climate, Mazower writes, the very idea of governing the world is becoming “yesterday’s dream.”