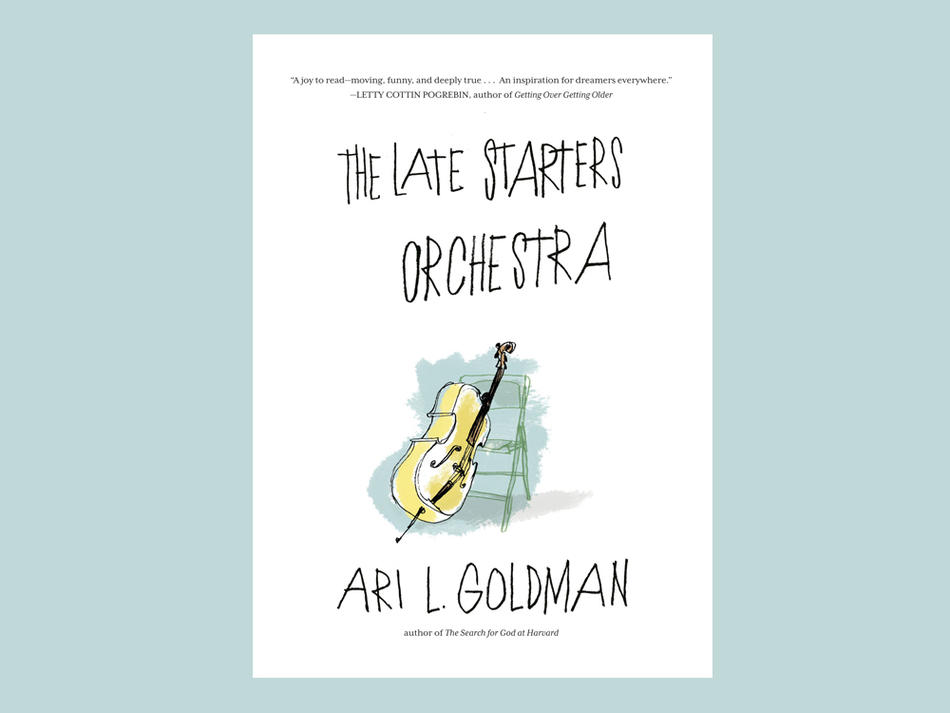 The motto of the Late Starters Orchestra, a ragtag bunch that meets on weeknights in a former coat factory in Midtown Manhattan, is, “If you think you can play, you can.” When Ari L. Goldman ’73JRN joined, just shy of his sixtieth birthday, he wasn’t even sure he had the first part down.

A cellist who had hardly picked up his instrument in twenty-five years, Goldman was convinced that he was going to be the laughingstock of the group. As his friend Elie Wiesel told him before the first rehearsal, “Remember, Ari, you may play the cello, but you are a writer.” But Goldman had had a lifetime to think of himself as a writer — he’d built a successful career at the country’s most famous newspaper and then at Columbia Journalism School, had written best-selling books, had raised a family on the output of his pen. As he entered the next stage of life, he wanted to explore the parts of himself not so prominently featured on his résumé, to prove to Wiesel that, yes, he was a writer but maybe a musician, too.

“With age, learning anything new is hard,” Goldman admits. “Learning a classical string instrument like the cello or violin is close to impossible.” To master the instrument in a way that satisfied him, Goldman hired a private instructor, swapped his gym sessions for practice every night, attended an adult music camp in Maine, and, of course, joined the Late Starters Orchestra (or LSO, as he sweetly insists on calling it, because it reminds him of the slightly more eminent London Symphony Orchestra). To give himself something to work toward, Goldman decided that he would play his cello at his own impending birthday celebration.

As far as book subjects go, the stakes of Goldman’s feel pretty low, even considering that his family is particularly musically inclined (two children were music majors, the third is an accomplished teenage cellist); the birthday concert also seems an unnecessary narrative frame. But Goldman is a thoughtful and charming writer, and the pure joy that he gets from the learning process is infectious. Most people want to feel that they are more than their chosen careers, even if they don’t have to prove it to a Nobel laureate. Goldman’s book is a good reminder to do something about it.