The End of Empire and the Ideological Origins of the United Nations. By Mark Mazower (Princeton University Press). 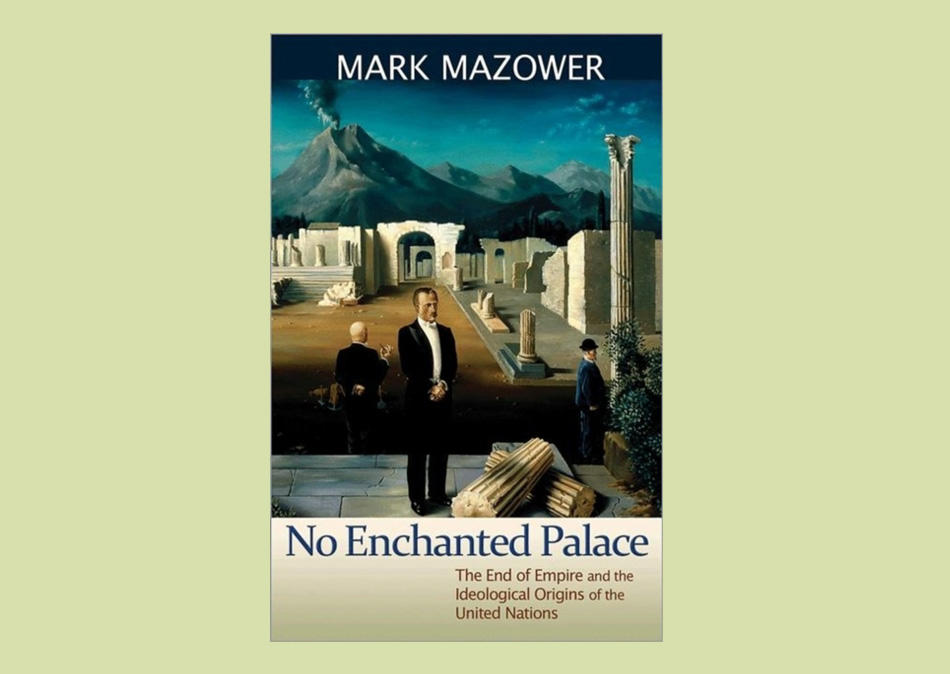 Indispensable, if imperfect” is how President Barack Obama has described the United Nations, praising it as “vital to America’s efforts to create a better, safer world.” Yet, when it comes to nailing down just what those imperfections are, views vary widely. Critics of the UN have faulted it over the years for everything from being irrelevant to intrusive, timid to overreaching, inept to pernicious.

Columbia’s Mark Mazower, professor of history and of world order studies, adds his voice to the critics. In a slim volume based on recent lectures he delivered at Princeton and Columbia, he sets out to debunk an array of easy assumptions about the integrity of the UN’s founding aims and consistency of its core ideas. Taking his title from remarks by Britain’s Lord Halifax at the UN’s 1945 founding conference in San Francisco — that “ours is no enchanted palace” — Mazower delves into the history of contradictions on which the UN was built and the convoluted course of its evolution since.

These themes offer rich pickings, he argues, because some of the basic premises of the UN are simply irreconcilable. The institution seesaws between its charter rules of respect for the sovereignty of its member states and overarching ambitions of global governance, too often delivering dismal results on both fronts. Recent history offers such prime examples as the relative impunity with which UN peacekeepers sent to places such as the Congo have sexually exploited children they were meant to protect. Another example is the UN’s 1996–2003 Oil-for-Food program in Saddam Hussein’s Iraq, which burgeoned into a multibillion-dollar scam as the UN tried simultaneously to impose sanctions on Saddam and collaborate with him in delivering relief.

Mazower does not delve into such recent cases, however. His concern is with the more distant past, and the making of “the tensions and ambiguities” he describes as “hardwired into the UN from the start.” To focus his argument, he summarizes the ideas and ventures of a handful of influential figures over the past century, among them South African statesman Jan Smuts, Russian-born Zionist Vladimir Jabotinsky, and India’s first prime minister, Jawaharlal Nehru. Filtering his commentary through their stories, Mazower revisits the founding and failure of the League of Nations, followed by the creation and morphing mission of the United Nations. In both cases, Mazower argues, the original aim was to protect and serve the needs of empire: respectively, the British Commonwealth and then the victors of World War II, principally the United States. In both cases, the founding aim fizzled. At the UN, with the Security Council largely paralyzed by the Cold War standoff between the Soviet Union and the U.S., the chief action defaulted for decades to the General Assembly, which became a receptive forum for an anticolonial movement spearheaded by the likes of Nehru. Once that movement took hold, the General Assembly expanded at speed, from its original 51 member states to 192 today, turning the Great Powers into voting minorities.

With the end of the Cold War, hopes for a new birth of UN ideals quickly soured. Snared in its own contradictions, the UN ultimately failed, for example, to prevent such horrors as the genocides in Cambodia, Bosnia, and Rwanda. Today, writes Mazower, the UN continues its search “so far in vain — for a political raison d’être more suited to the needs of the present.”

This book digs into such ironies as the legacy of one of the UN’s founding fathers, South Africa’s Smuts, a white supremacist who played a major role in crafting the League of Nations and who later wrote the preamble to the UN Charter. Smuts saw the British Empire as a vital guardian of his home turf and a moral force for spreading Western civilization around the globe. In his scheme, there was no contradiction between white supremacy and the reaffirmation, in the preamble to the UN Charter, of faith in “the dignity and worth of the human person” and “the equal rights of men and women and of nations large and small.” Reality proved otherwise.

Yet, for all the author’s erudition and insights, this book spins off the rails with Mazower’s central discussion of Israel and the Palestinians, subjects on which he apparently shares many of the inclinations evident in today’s UN itself. This is a treatise much concerned with UN thinking and policy on minorities, self-determination, and anticolonialism. These are worthy topics, but at the UN they have long been used as code phrases for prejudices and policies that entail winking at some members’ exploitation of the UN’s prolific flaws, and manipulating those same failings to condemn and isolate Israel. If that is what Mazower’s readers are expecting, he does not disappoint.

Mazower’s chief beef with the UN is its role in the establishment in 1948 of the nation of Israel. He details the process with indignation, glancing over the industrial-scale murder of 6 million Jews in Nazi-occupied Europe, and dismissing the aspect of partition that offered not only the Jews but the Palestinians a state of their own — which the Palestinians refused. Focusing chiefly on Jewish thinkers of the day, Mazower draws parallels between the “Hitlerite” pursuit of ethnic purity in Europe and the Jewish quest for a secure homeland. This is delicately done. Mazower does not bluntly equate the two, but he scatters select historical crumbs to point his readers down exactly that trail. He adds, it seems cynically, “If I have not cited a single Arab voice here, it is because their voices — which were certainly being raised in protest — were almost entirely ignored.”