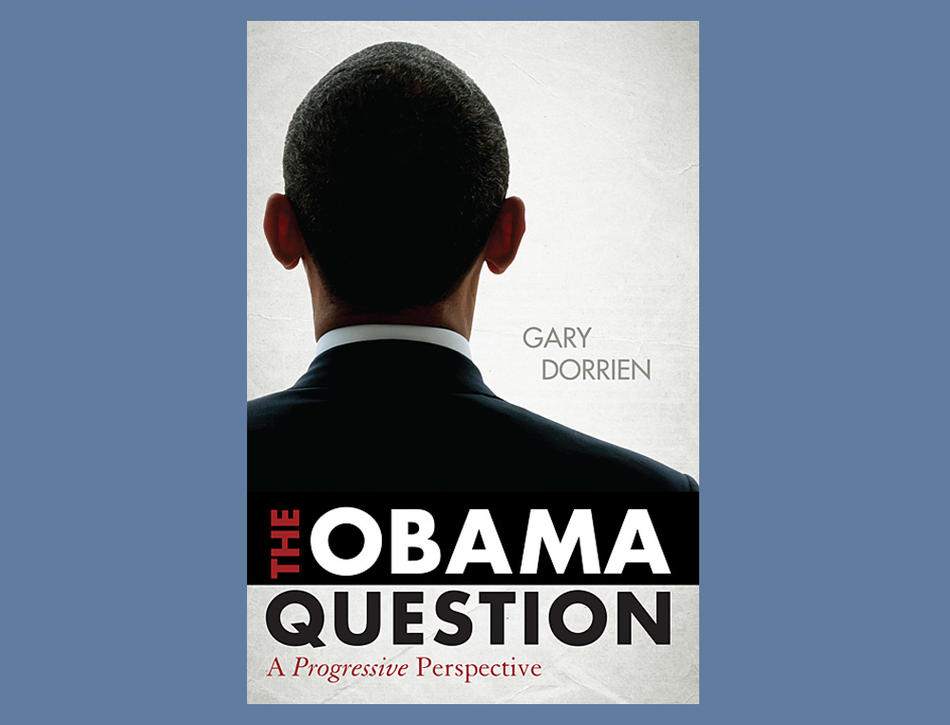 In May, when Barack Obama became the first US president to come out in support of gay marriage, there was a palpable feeling of relief among progressive Democrats. For many, the pronouncement was the long-awaited proof of Obama’s unrealized potential; it was also a reminder of promises not yet kept.

In The Obama Question: A Progressive Perspective, Gary Dorrien offers insight into how the candidate of hope and change was transformed into the president of cope and adapt, while simultaneously making the case for Obama’s second term. Setting the stage with a brief biography to provide context for Obama’s political and social views, Dorrien, a professor of social ethics at Union Theological Seminary and a professor of religion at Columbia, examines Obama’s greatest policy challenges and successes to date, many of which have involved battles with an openly antagonistic Republican-led Congress.

Dorrien contends that Obama’s achievements are sizable, despite having been forced to set aside many of his original goals to focus on an economic crisis inherited from the previous administration. Not only did Obama push through a massive stimulus package in his early days in office that staved off a full-scale depression, Dorrien asserts, but he also resuscitated the flat-lining American automotive industry, ordered the drawing down and removal of combat forces in Iraq and the killing of Osama bin Laden, mended frayed diplomatic relations with current and former allies, and passed an unprecedented healthcare reform bill that provides coverage to millions of previously uninsured Americans — an idea previously attempted, without success, by presidents as different as Clinton and Nixon.

But Dorrien is not an Obama apologist. He makes a potent argument for the president but is also quick to point out what he considers political missteps, most notably Obama’s appointment of Republicans and Wall Street insiders to manage the banking crisis, his subsequent unwillingness to prosecute those responsible, and his failure to fight for a public option in his health-care reform package, the last of which came as a severe blow to progressives hoping to move the country one step closer to a single-payer system.

It is through Dorrien’s analysis of these and smaller disappointments that a compelling and complex portrait of Obama emerges: that of a pragmatic, progressive-leaning, and philosophical moderate who believes strongly in social reform yet is often hindered by his own cautiousness and judiciousness. Frequently citing the president’s “two-handed” approach — carefully weighing every argument first on one hand, then the other — Dorrien stresses that only when Obama overcomes his conciliatory nature and starts taking strong ideological stances (which he has done at least twice since the book’s publication, with his endorsement of gay marriage and his fight for insurance coverage of contraception) will he be able to achieve his policy goals and cement his political legacy.

In his concluding chapter, “What Kind of Country?,” Dorrien draws on his background as a theologian and ethicist to delve into America’s crumbling social structure, which he blames on a variety of noxious influences, including conservative conspiracy theorists, the ever-widening economic divide, and an increasingly narcissistic, individualistic, and rootless middle class. In the midst of this moral cynicism, Dorrien claims, Obama remains an optimistic, forward-looking communitarian, promoting connection and civility while supporting social justice.

While this final ethical analysis is interesting, it feels like an afterthought. Moreover, it is too oblique to be a call to action. A stronger rallying cry for ambivalent progressives would be a reminder of the reforms that Obama still hopes to achieve if he wins a second term: an overhaul of America’s educational system; a comprehensive immigration policy with a path to citizenship; a federally funded green-energy program; and a long-term, job-creating rebuilding of the country’s infrastructure.

In making the case for a second term, The Obama Question oddly overlooks the most basic of all arguments: that meaningful change, especially in a democracy, takes time. This may be a hard sell in our impatient, myopic society, but it is a concept that progressives, by definition, should be able to grasp.

Top Stories
Book Review: Horse
Can the World’s Religions Help Save Us from Ecological Peril?
What Declassified Government Documents Reveal About America’s Dark Secrets
Is Objectivity in Journalism Even Possible?
Learning to Live with the Voices in Your Head
All categories >
Read more from Stacey Kors