Book Review: "Sugar in My Bowl" 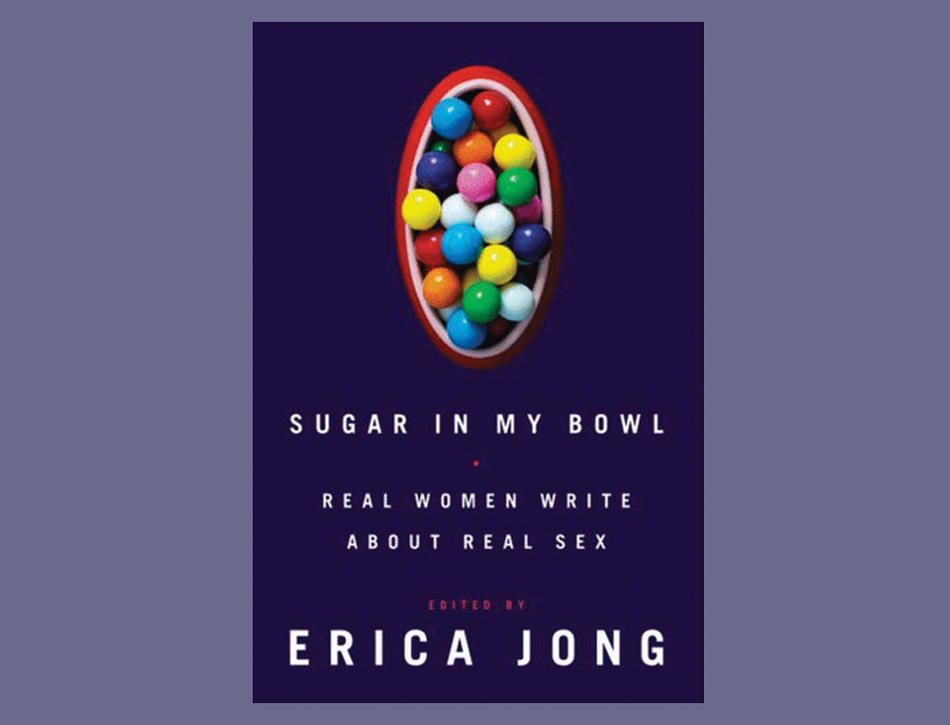 “Is Sex Passé?” So ran the headline of Erica Jong’s provocative New York Times op-ed piece, timed to coincide with the publication of her Sugar in My Bowl: Real Women Write About Real Sex. Jong ’63BC, ’65GSAS concluded that her daughter’s generation of women had been overtaken by a prim nostalgia and was “obsessed with motherhood and monogamy.” Her sneer was nearly audible. The Times online comments section was set aflame.

That is why I was surprised to discover the nuance and grace and variety of the 29 pieces included in her anthology. I admit coming to the book with certain prejudices, namely, that the sex writing would be overwrought or overpoliticized. That the book’s cover is decorated with a vaguely vagina-shaped candy dish full of gumballs didn’t help. However, the roster of writers and the range of topics and styles make for a strong and impassioned collection, perhaps because, as Jong said recently, “the collection is really much more psychological than it is explicit.”

As presaged by Jong’s op-ed, the offerings from the younger set certainly lean toward the domestic as opposed to the catalog of unrepressed, Internet-age, postfeminist kink one might expect. The collection kicks off with an essay by Elisa Albert ’05SOA, who writes gamely about the making of her firstborn and her fulfillment as a mother and partner to her child’s father. Excuse me? Isn’t this supposed to be a sex anthology, edited by Erica Jong no less? Albert seems to sense this paradox and apologizes midessay, admitting to the strangeness of writing about the joys of procreative sex, since “freedom from it is fundamental to the possibility that a woman can do as she pleases with her life, body, self. It’s taken eons to liberate us from reproductive sex, from the notion that sex can only be a means to an end (the end being a baby, of course; not an orgasm).” Yet the romance remains. J. A. K. Andres writes about her six-year-old daughter’s discovery of her “cho cho” in a brave essay called “The Diddler,” and Margot Magowan’s luminous piece “Light Me Up” traces the disappearance of her sexual desire after the birth of her son. Finally, Jong’s daughter, Molly Jong-Fast, contributes an essay called “They Had Sex So I Didn’t Have To,” lamenting her mother’s generation’s overexposure of sex. Jong-Fast admits that, in her stable-married-monogamous-maternal state, “I am my mother’s worst bourgeois nightmare,” adding, “I am the person my grandmother and mother would have watched in silent scorn.”

Jong mère acknowledges her disappointment. “I guess I had bought the bullshit that everything had changed, that pudeur was obsolete, that women today were wild viragos,” she writes in her introduction. She shares her shock that so many of the writers she invited to participate felt the need to ask permission of a partner or child before committing to the assignment, and worries about what this means for feminism. Jong could have cut these writers off because they watered down her message. Instead, she embraced them, including their experiences in her sisterhood tableau.

Jong has said she believes strongly that feminism is mentoring. By giving the younger set a place to talk about their relationships with sex alongside Susan Cheever and Susie Bright, Jong has stayed true to her terms. In her view, these women may be offering up their wrists to the very shackles her own generation struggled to cast aside, but by including their voices, Sugar in My Bowl becomes an important and truthful tribute to the complicated and knotty ways in which our experience of sex has — and has not — shifted over the past half century. Domestic does not equal demure, of course, and Albert’s point should not be missed: Although the sex she describes was procreative, it was also her choice, as is Jong-Fast’s monogamy. Rather than moving backward, as Jong frets, these younger writers are ultimately describing a new way forward.