A Career in Caring 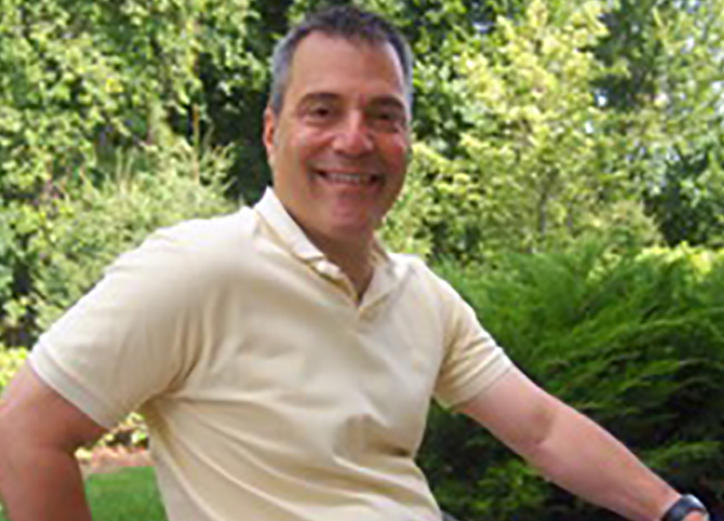 Just a few years ago, Ron Gold ’91BUS was a model of strength and independence — a successful banker and an avid amateur athlete. Then, on a warm November afternoon in 2011, his world was upended: as he was finishing a fifty-mile bike ride, a sleeping driver in an SUV crossed traffic and hit Gold, then fifty-one, head-on, causing massive internal injuries and shattering his spine.

His doctors initially thought that Gold, then a managing director at Barclays Bank in New York, wouldn’t survive. After three weeks in a medically induced coma, he did, but he was paralyzed from the waist down. He needed someone to help him with daily activities like bathing and dressing, but his insurance stopped paying for home health aides after a month. He was stunned to discover that such urgently needed care is generally not covered by insurance at all. “That’s when I realized I had entered the Wild West of the home-care industry,” says Gold. While homebound, he thought about how he could create a new model for this kind of care.

The easiest way to find and hire a health-care worker is through an agency, Gold says. But because home-care agencies charge high fees — typically twenty-five dollars per hour, with a four-hour minimum (and less than half the money going to the caregiver) — most clients pursue what Gold calls the “underground market,” directly hiring an aide that they find through word of mouth. Even if the referral comes from a trusted source, it’s tough to know exactly what you’re getting. “With home care, most people don’t check out licenses or do criminal background checks,” Gold says.

In 2015 Gold founded LeanOnWe, a network of caregivers in New York, New Jersey, and Connecticut that serves as a matchmaker between employer and home health aide. LeanOnWe has vetted and personally interviewed nearly a thousand caregivers, and each appears in a video on the LeanOnWe website, sharing his or her specialties and experience. Searching for help is free; LeanOnWe charges clients a one-time fee of $395 when they hire a caregiver and a modest daily fee (usually around 5 percent of the caregiver’s rate) thereafter. Rates are set individually between caregiver and client, which means that clients get a choice of highly qualified aides and caregivers are paid a living wage for their valuable work.

LeanOnWe is investing in new technology that will enable more sophisticated, targeted caregiver searches and real-time scheduling information. And while Gold is now healthy enough to return to Wall Street, he’s become fully invested in his new career: “When someone tells me that we have been able to bring comfort during what is inherently a frustrating, powerless time in life, I find that really rewarding.”

Top Stories
Book Review: Horse
Can the World’s Religions Help Save Us from Ecological Peril?
What Declassified Government Documents Reveal About America’s Dark Secrets
The Pacifist's Guide to Satanism
Genius at Work: How Franz Boas Created the Field of Cultural Anthropology
All categories >
Read more from Harriet Barovick

Learning to Live with the Voices in Your Head

By giving young people with schizophrenia more control over their care, a Columbia-led program aims to help them lead fuller lives

A new Columbia study finds sixty genes associated with the condition, including mild forms of ASD