Columbia climatologist and agronomist Cynthia Rosenzweig has been named the 2022 World Food Prize laureate for her pioneering work in modeling the impact of climate change on worldwide food production. Rosenzweig, an adjunct senior research scientist at the Columbia Climate School and a senior research scientist at the NASA Goddard Institute for Space Studies, was awarded the $250,000 prize for her achievements as the founder of the Agricultural Model Intercomparison and Improvement Project (AgMIP). The interdisciplinary network of climate and food-system modelers has helped agriculture officials, farmers, and other decision-makers in more than ninety countries enhance their resilience to climate change.

“With the urgent need to factor climate change into decisions ranging from crop breeding to national agricultural policies, the evidence base from Rosenzweig’s work is increasingly critical for feeding humanity,” says Ruth DeFries, a co–founding dean of the Columbia Climate School. She says that beginning in the early 1980s, when some scientists were asking, “What’s causing climate change?” Rosenzweig was asking, “What will it mean for food?” 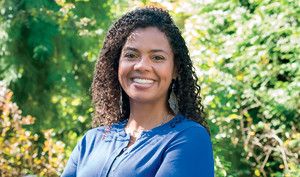 Kristina G. Douglass, an archaeologist and anthropologist, has been appointed an associate professor