Just before seven on a midwinter’s night, about 200 people arrived at Pupin Hall for “Eavesdropping on Supermassive Black Holes,” a lecture that called to mind why listening to the universe is good advice but not so easy to achieve.

As a rule, humans favor sight over sound. That was made clear when the clouds parted high above Broadway and 120th Street and the waxing sliver of a moon made a curtain call. In the 30-degree cold, visitors lined up to look into the viewfinder of a portable six-inch-wide Orion SkyQuest telescope, which was set up just outside the doors of Pupin.

“That’s so cool!” said seventh grader Manolo Caba, paraphrasing Galileo 400 years earlier when he became the first astronomer to use a telescope.

Inside Pupin, the lights dimmed and a graduate astronomy student, Takamitsu Tanaka, made the case for how cool and awesome it would be if we could observe the universe not just with our eyes but with our ears, too.

“Imagine being in a jungle,” Tanaka said. “If all you do is sit in a treetop with binoculars, you’re not going to hear that waterfall around the corner.”

Tanaka’s presentation was part of the Columbia astronomy department’s ongoing celebration of the International Year of Astronomy, which is being marked by a series of lectures on the wonders of the universe that Galileo helped make accessible in 1609.

But there’s a catch, Tanaka said: “Black holes are very hard to hear.” And by hear, Tanaka was being metaphorical. There is no sound in space, since sound is created when things that vibrate — guitar strings, for example — disturb molecules in the atmosphere, a disturbance we perceive as sound. No atmosphere, no sound.

Light, however, can exist in a vacuum (which is why we can see stars), as can little-known gravitational waves — ripples in the space-time continuum — which, as Tanaka was keen to explain, are not so easy to detect.

Two astronomers, Russell A. Hulse and Joseph H. Taylor Jr., detected gravitational waves indirectly, which won them the Nobel Prize in 1993. Scientists are working on ways to detect the waves directly, with such instruments as the Laser Interferometer Space Antenna (LISA), a collection of three spacecraft positioned as points of an equilateral triangle plotted 3 million miles apart. But since LISA won’t be launched for another 10 years, Tanaka had to improvise, using several audio recordings that translated simulated gravitational wave data into sound. As the audience in Pupin fell silent in anticipation, Tanaka played the celestial tune from a file on his computer.

When objects like neutron stars, which have roughly twice the mass of the sun but are so dense as to be the size of Manhattan, orbit asymmetrically in space, they emit gravitational waves that spread outward, like ripples on the surface of a pond. Tanaka’s computer interpreted this phenomenon as a low, reverberating hum.

But the real symphonic climax of space occurs when two compact binary stars, feeding off the energy of their orbits, produce gravitational waves that result in what Tanaka called a “slow and spiraling dance.” Since the energy of the gravitational waves comes from the orbit, the orbit eventually shrinks, causing the stars to move closer to one another, spiraling faster and faster until….

What is the sound of this interstellar collision? According to Tanaka’s computer, it begins with a low rumbling that slowly rises in pitch and intensity, until it erupts into — a high-pitched squeal.

Which made the audience laugh.

The lecture ended and the lights came up. Inspired, Manolo Caba and his classmates rushed to get their hands on free posters of the sun. Then they ascended to the Rutherford Observatory on the roof of Pupin, abandoning sound for sight.

The observatory’s retractable roof was opened, revealing a night sky once again shrouded in clouds, making any stargazing impossible. “That’s weather for you,” one astronomy grad student explained .

Whatever the universe was saying, the students weren’t listening. One by one, they climbed onto a platform, and then onto a folding chair, to become tall enough to get a good look through the lens of the observatory’s small telescope, tilted a few degrees shy of skyward. What they saw left them quiet. That bright thing in the distance? It wasn’t a star or the moon. That? That’s Midtown.

If you listened closely, you could almost hear the universe laughing. 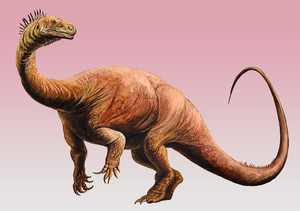 These Dinosaurs Were Homebodies, and Now Scientists Know Why

Black Holes Could Be Tapped for Energy, Say Physicists

Scientists offer a new take on the theory 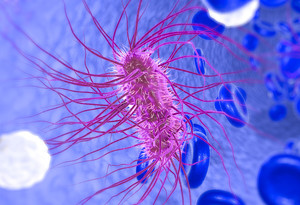