Tim Wu on How Big Tech is Crippling Democracy

Your latest book, The Curse of Bigness: Antitrust in the New Gilded Age, got a ton of press because it criticized big tech and called for the breakup of Facebook. Can you outline your argument?

The premise of the book is that the US has become reluctant to enforce antitrust laws to their fullest extent and that, after forty years of allowing the unrestricted growth of certain industries, we are facing the consequences of excessive corporate power. As for Facebook, many of its acquisitions were, I suggest, in violation of the law. It bought its most dangerous main competitors, Instagram and WhatsApp, and should be dissolved.

Were you surprised by the reaction to the book?

Yes. I wouldn’t say that the word “antitrust,” at least in this century, is one that usually makes people’s hearts beat with excitement. But then again, trusts and antitrust were once central to American politics. There were entire political parties organized around antitrust. The notion that power should be limited so that no person or institution can enjoy unaccountable influence is at the very root of our democracy.

Can you give us a brief history of trusts?

In the late nineteenth century there was a movement to reorganize the US economy into trusts, or monopolies. Proponents of trusts believed the economy should be centralized, free from government interference, and run by “great men,” like J. P. Morgan and John D. Rockefeller. But the rising power of trusts, and the income inequalities they created, caused some concern, which led to the passage of the first antitrust law, the Sherman Act of 1890. That law was broad and wasn’t really enforced, so I would say the true trustbusting tradition starts in 1901 with Theodore Roosevelt. He became president after the assassination of William McKinley, and he abruptly took the country in a very different economic direction. Within a year of his assuming the presidency, he filed suit against J. P. Morgan to prevent a merger that would have created a single western railroad. Roosevelt wanted to demonstrate the power of the federal government over a corporation and prove that the people were in charge. The case was close but, in the end, he won 5–4 in the Supreme Court and profoundly changed the course of American history.

Roosevelt then went after John D. Rockefeller and broke up the monopoly of the Standard Oil Company. In many ways, he was like the sheriff riding into town to protect the little guy. Since then we’ve had other people take up the antitrust mantle, including Taft — Roosevelt’s successor — and Assistant Attorney General Thurman Arnold, who was an aggressive trustbuster at the height of the Great Depression. Most recently we had Joel Klein ’67CC, ’10HON, who was the lead prosecutor in the antitrust case against Microsoft in the 1990s. But it’s been twenty years since there’s been a case of real consequence. It’s a powerful tool of American policy that we’ve lost.

Many think of antitrust laws as a way to protect consumers. You consider them essential to a functioning democracy.

Absolutely. One of the goals of my book is to restore political and social understanding of the intent of the antitrust laws and to reinforce the idea that extreme corporate concentration is not only a threat to the economy but to the founding ideas of the American republic. One of the heroes of this book is Supreme Court justice Louis Brandeis, who, as a lawyer in the 1890s, saw the evils of monopolies and railed against the effect of what he called “excessive bigness” on small-business owners. He had a distinct vision for the economy, one rooted in his belief that America is the land of opportunity for the little guy, a place where everyone gets a fair shake. He saw the fight against the trust movement as a battle for the country’s democratic soul.

Brandeis prompts us to think about what kind of country we want to live in and what kind of environment we want our government to provide for its citizens. I think those questions are more relevant than ever. Today we have massive income inequality, with the top 1 percent earning 23.8 percent of the national income and controlling 38.6 percent of the national wealth. I don’t think it’s the only contributor, but it stands to reason that industry concentration, with its greater shareholder returns and higher pay for executives, only widens the income gap. The workers’ lack of bargaining power in these industries is another issue. Many people face the reality of being poorer than their parents. They’re angry because they feel left behind. There’s a general consensus that the extremist politics of our time, in the United States and around the globe, is tied to this sense of economic discontent.

And there’s historical precedent for your concerns about extremism.

There is. I think the history of the 1930s and the example of Italy, Germany, and Japan should not be forgotten. Economic dissatisfaction creates dangerous opportunities for political extremism. In the face of financial crisis, Germany turned to the Nazi Party, and German monopolists and industrialists played an important role in consolidating the power of Adolf Hitler and his hold over the German state.

So should we consider ourselves warned?

I hesitate before comparing President Trump to the dictators of the thirties, but there’s no question that we are in a similar time. Trump rode a wave of economic dissatisfaction and anti-corporate populism to the presidency. He promised to make the country great again, to fight enemies foreign and domestic. In power he has shown a different stripe. He’s erratic, random, and personal, which doesn’t make him the greatest candidate to be a trustbuster.

In your book you say Facebook has managed to string together sixty-seven unchallenged acquisitions, Amazon ninety-one, and Google 214 (a few of which had conditions). Why do these companies get a pass when it comes to buyouts?

I think we are just coming to the end of a period in which many felt tech could do no wrong. Tech companies’ business models did look different from those of, say, the cement industry, and so there was a feeling that they should be exempt from the normal rules. This rosy view of the industry, along with a fear that government interference in new technologies might kill the golden goose, motivated about ten years of softer treatment of tech both in the United States and in Europe.

Are other industries enjoying this laissez-faire economic climate in a way that concerns you?

Yes, absolutely. Tech has the highest visibility, but there are many industries that are far worse in my view. I can list four or five that have managed to consolidate in a way that I consider against the spirit of the antitrust laws. We have the US airline industry, where four companies control about 85 percent of traffic, leading to smaller seats, crowded planes, excessive fees, consumer abuse, you name it. We have the pharmaceutical industry, with its price-gouging practices. We have the global fertilizer and chemical industry, which has been allowed to merge down to just a few actors, and we have cable and telecom, where sixty-eight million Americans face a broadband monopolist. So many sectors have benefited.

Let’s focus on broadband. The FCC repealed net-neutrality rules in 2018. Maybe you could remind us what’s at stake.

Net neutrality stands for the proposition that the broadband networks, arguably today’s most important infrastructure, should be subject to basic rules ensuring fair competition. Without net neutrality, carriers like Comcast and Verizon could restrict content and possibly block, speed up, or slow down traffic to impede competitors and to increase profits through paid prioritization. I’m sort of astonished that the FCC has eviscerated even those basic rules. This is one of the ways the Trump administration has been so disappointing.

Recently Bayer, a huge European company, acquired Monsanto, a huge US company. How do antitrust laws work in a global economy?

I think this is one of the most pressing challenges for the law over the next decade. Right now, the laws are not global: they’re national or, in the case of Europe, regional. I don’t see an easy answer. I think we have to figure something out or risk antitrust becoming a race to the bottom. There’s no doubt that this is the fight of our times.

Senator John Sherman, the author of the Sherman Antitrust Act of 1890, said, “The law of selfishness, uncontrolled by competition, compels [the trust] to disregard the interest of the consumer.” Must big business, by its nature, be bad?

Well, it’s designed to put its own interests over human interests, to grow like a cancer, and to never die. I once heard someone say that if a corporation were a person, it would be a sociopath. Which brings us to the real question: who is this country for? For humans or these artificial entities?

And sometimes antitrust action is good for business, yes?

The old has to make way for the new. The breakup of the Bell System monopoly in the 1980s might have created chaos in the short term, but it did kickstart innovation. Without it we might not have gotten modems and home computing and the Internet revolution. And government scrutiny of IBM in the 1970s helped accelerate the personal-computing industry and the birth of independent software. I’d also say that Microsoft is a much more humanistic company than it once was, because it was policed by the government in the 1990s and went through a process of maturation. That’s another benefit of antitrust actions: they play an important role in reasserting that people matter and people are in charge.

You’re a former adviser to the FTC, you were on President Obama’s National Economic Council, and you ran for lieutenant governor of New York in 2014. Do you have another political run in your future?

Let me think how to answer that. (Laughs.) I have no immediate plans to run for any office, but I do think that this is a time when academics should be engaged in the public discourse. It’s also an important time for those in the academy, particularly in law and economics, to carefully examine our own work over the last forty years and ask whether we have made some serious mistakes. The academy plays a significant role in influencing elite opinion, and it can have a profound effect on the public good.

This article appears in the Spring 2019 print edition of Columbia Magazine with the title "Losing at Monopoly." 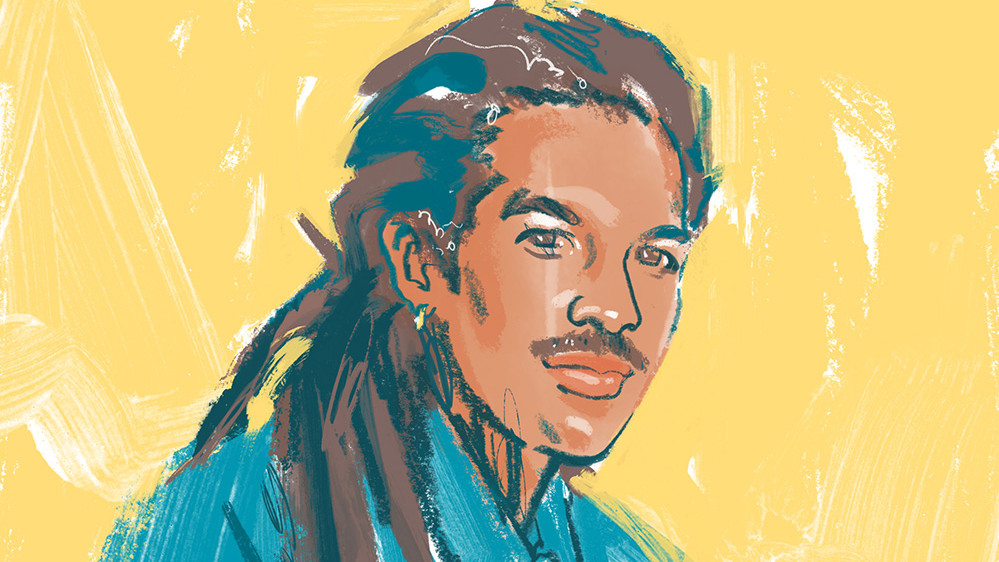