Mad Magazine Folded, But Its History Lives on at Columbia 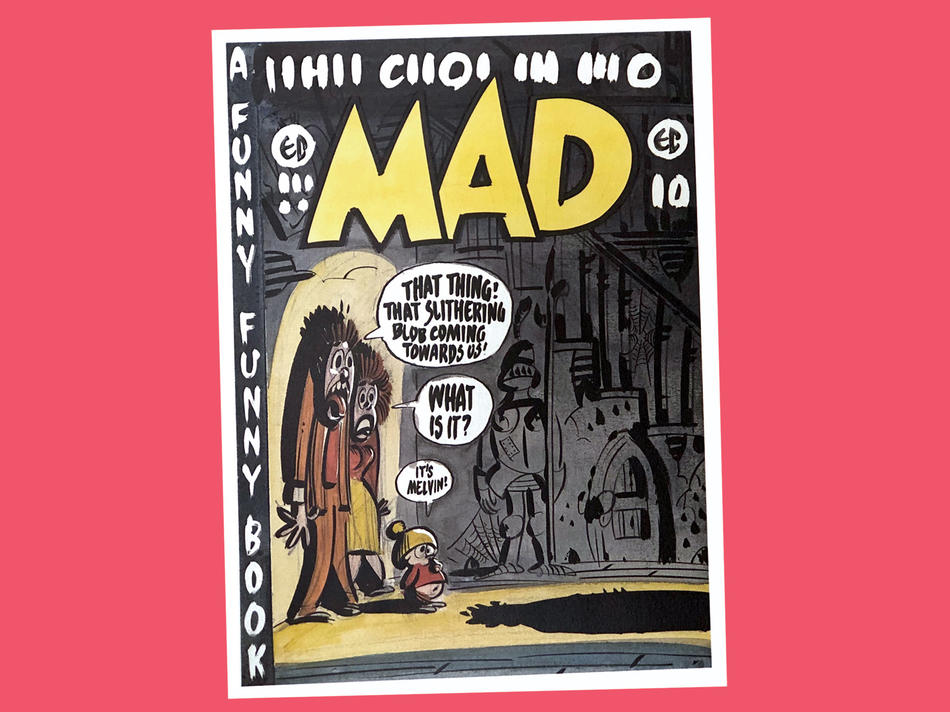 WHAT IS IT?   Print of Mad #1, cover concept by Harvey Kurtzman

WHERE CAN I FIND IT?   Rare Book and Manuscript Library

When news came earlier this year that Mad magazine was folding after 550 issues of clever gags, acerbic spoofs, and gorgeous cartooning, the comic-book cognoscenti emitted a collective GARRARGH!!

Started by Harvey Kurtzman and William Gaines in 1952, Mad became a humor bible for millions of American adolescents. With its sardonic, Yiddish-flavored New York sensibility, the magazine shot spitballs (and darts) at adult hypocrisy. Lampooning celebrities, politicians, and R-rated movies, it seeded the ground for Saturday Night Live, The Simpsons, The Colbert Report, and everything in between. “Mad never talked down to its audience,” says Karen Green ’97GSAS, curator for comics and cartoons at Columbia’s Rare Book and Manuscript Library. “It never assumed that a ten-year-old was incapable of understanding life’s absurdities.”

This print, a study for the very first cover, is part of a collection donated by cartoonist Al Jaffee, creator of the Mad Fold-In. It shows that Mad was originally a parody of horror comics before it morphed into  the authority-questioning bane of parents and teachers everywhere. Mad would keep its middle finger raised for six decades, skewering the pieties of the establishment. Perhaps, as Green suggests, Mad fell victim to our increasingly cockamamie culture: “When the whole world has crossed over into satire,” she says, “how do you stand out?”

This article appears in the Fall 2019 print edition of Columbia Magazine with the title "Gone Mad."

From Prison to Programming

Catching up with one of our Obama Scholars.

Overheard at the J-School

At the New Journalism symposium, media experts discussed where the field is today and where it needs to go