A film buff gives a tour of his rare collection.

Dwight Cleveland ’82CC started buying movie posters as a teenager and is now one of the world’s foremost collectors. The Chicago real-estate developer, who once owned more than thirty-five thousand posters, lobby cards, and other movie ephemera, recently consolidated his archive into some five thousand rare works. Selections will be on display through October at the Norton Museum of Art in West Palm Beach, Florida, and Cleveland’s new book, Cinema on Paper, will be published the same month. We asked Cleveland to tell us more about his prize posters. 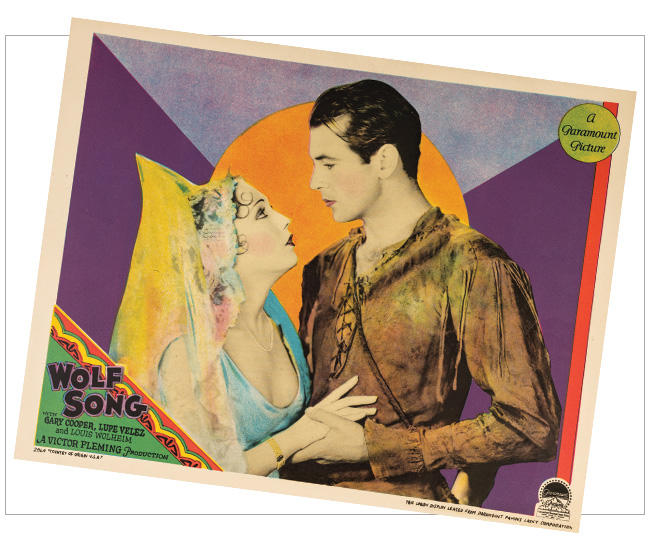 "This lobby card for the 1929 silent film Wolf Song, with Lupe Vélez and Gary Cooper, really grabbed me. I fell in love with it and had to own it. You can see the romance between Vélez and Cooper.

The great posters are the ones that reduce the soul of a movie to one image. Movie posters start out as advertising art. They’re meant to grab you by the earlobes and yank you into the theater. But for those of us who collect, a poster’s ability to evoke the memory of the movie, and of a particular time, is also important." 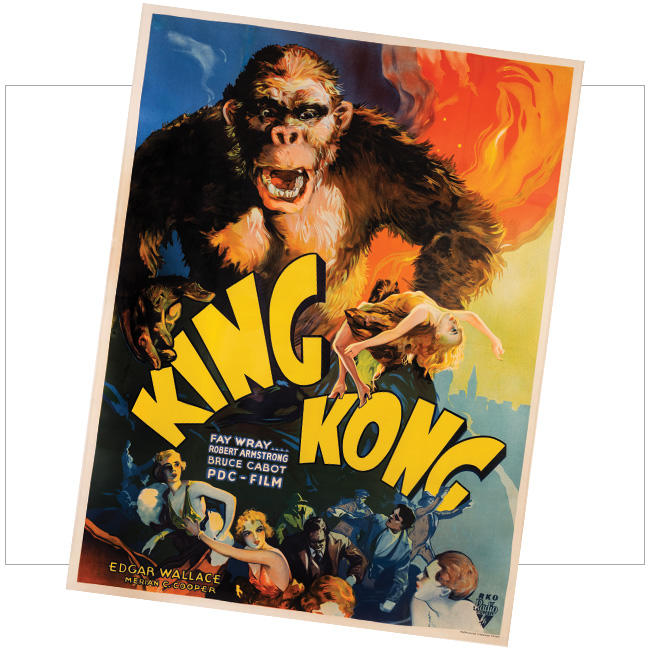 "This Czech King Kong  poster is similar to the American one — but the image of Kong is four times bigger! And in King Kong’s case, no matter what anyone says, size does matter." 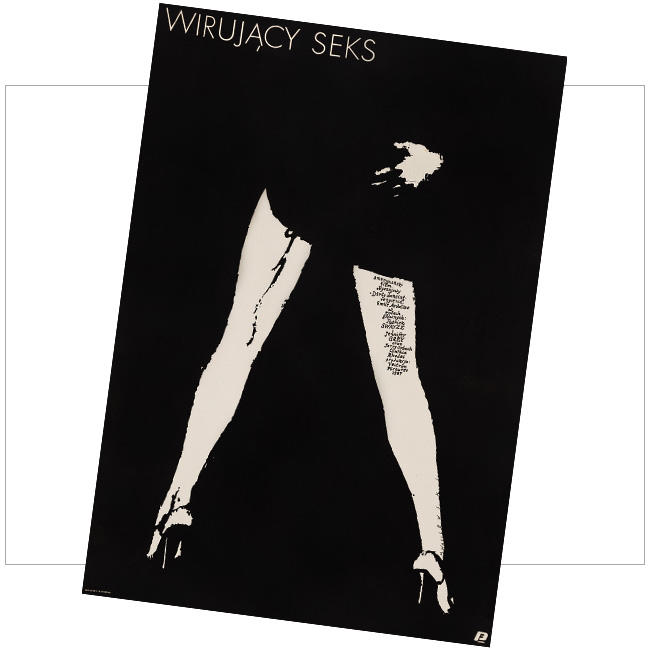 "To be honest, I was not a great film lover when I started this stuff. I got into it because of the graphics. I don’t have a favorite style or technique; what I’m looking for is something that’s striking. This Dirty Dancing poster from Poland is just a black-and-white image of a set of legs. It couldn’t be simpler, but it’s very powerful." 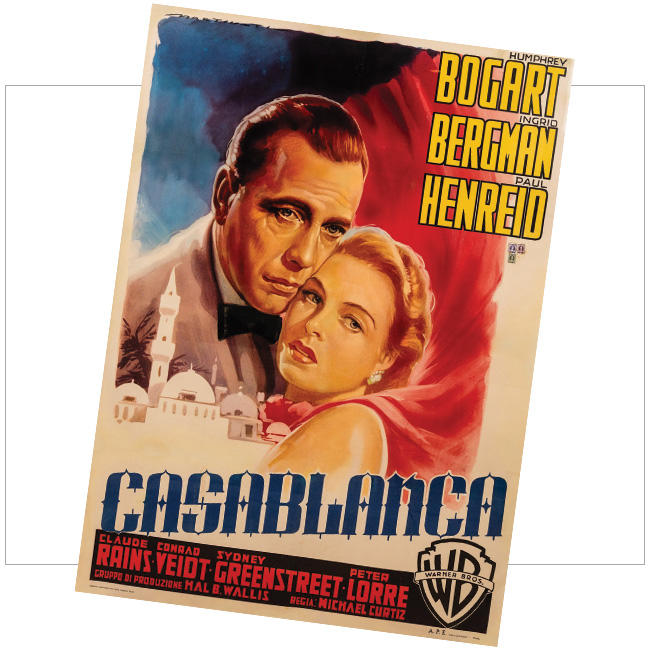 "It’s hard to put a value on the collection. The thing is, most of the posters have not been sold before — they’re one of a kind — so it’s hard to judge. I have an idea of what my Casablanca poster is worth, because the only other known copy sold for $225,000 a couple of years ago. Some of my posters could be worth even more." 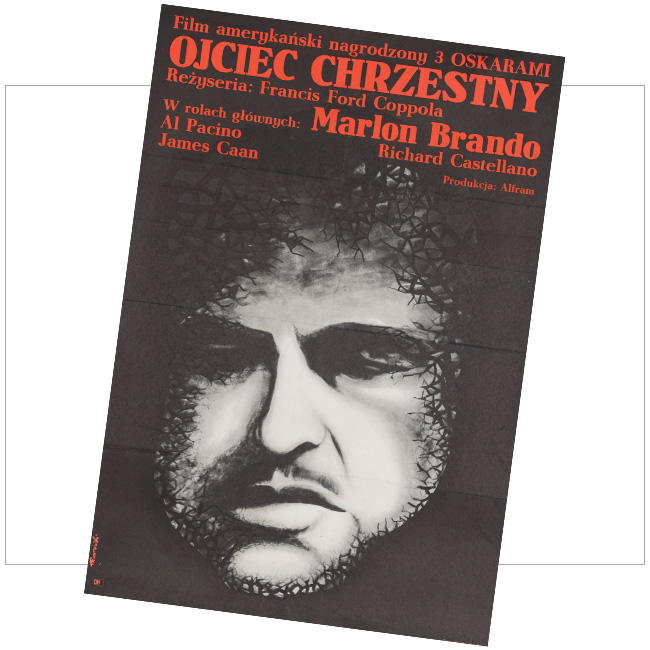 "It’s interesting to see how different countries represent the same movie. The American poster for The Godfather is quite mundane — it’s a hand holding puppet strings, which was the original book cover. It’s an inoffensive and not-challenging graphic. But some of the foreign ones are fascinating: this Polish one has Brando’s face ringed with thorns. It’s really dynamic, and far superior." 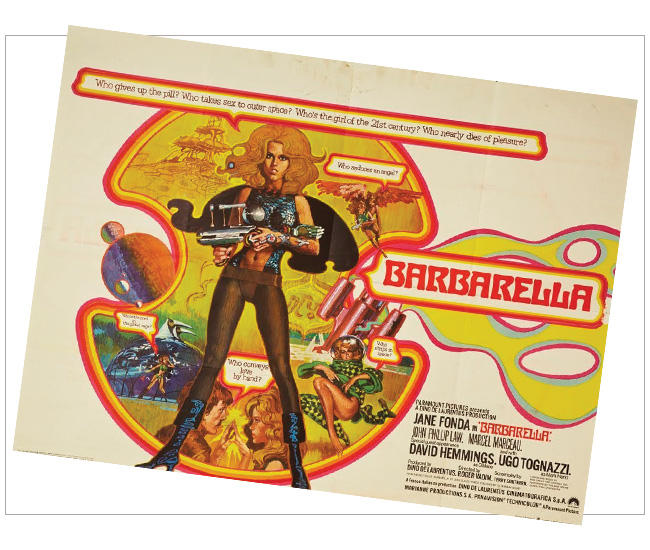 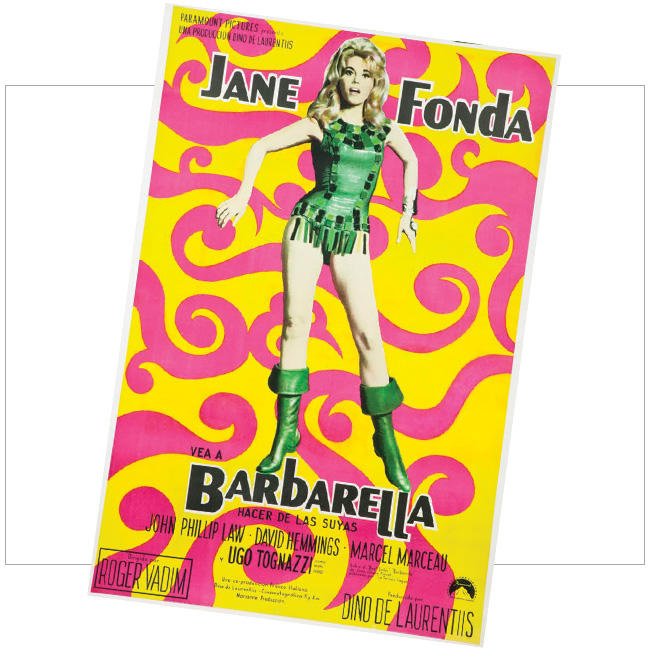 "I have several Barbarella posters. Each version communicates the essence of the movie in a very different way. The British one (top) is cartoonish, and the Argentinian one has amazing 1960s psychedelic art." 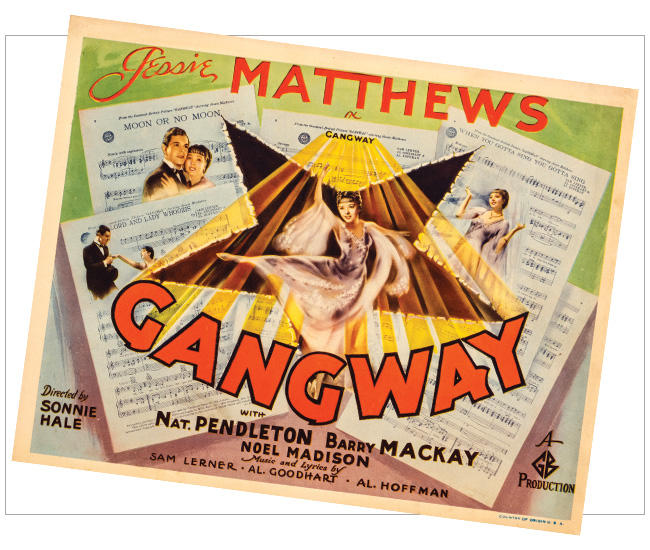 "My collection started getting serious when I was at Columbia. I looked for posters by advertising in the booklets that they handed out at flea markets and antique shows. One of my favorite acquisitions from that time is a title card from Gangway, featuring a British star named Jessie Matthews. She was considered to be a better dancer than Ginger Rogers." 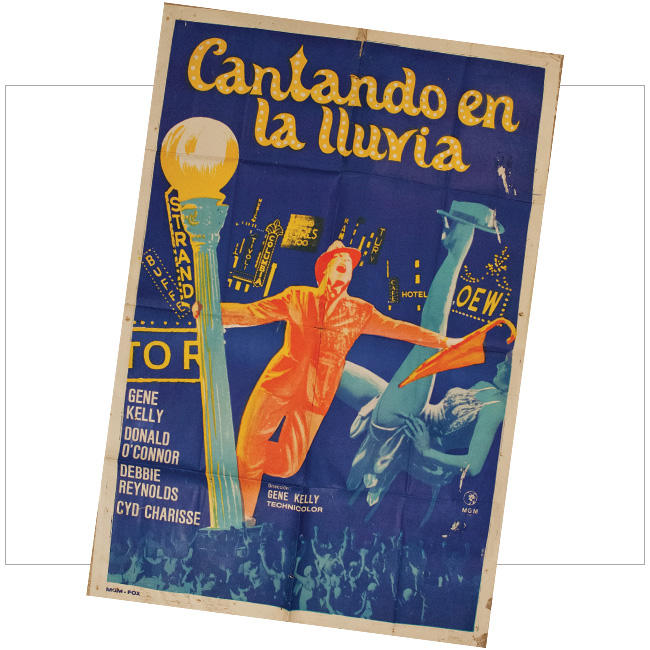 "I love this rerelease of a Singin’ in the Rain poster from Argentina. It’s not a valuable poster, but it’s a great shot of Gene Kelly swinging from the lamppost, umbrella in hand. People often ask me what my favorite poster is, but I hate that question. It’s like asking me who my favorite child is! I’ve got fifty posters in my top five. "

This article appears in the Fall 2019 print edition of Columbia Magazine with the title "Poster Pundit."

Top Stories
Book Review: Horse
Can the World’s Religions Help Save Us from Ecological Peril?
What Declassified Government Documents Reveal About America’s Dark Secrets
Is Objectivity in Journalism Even Possible?
Learning to Live with the Voices in Your Head
All categories >
Read more from Len Small