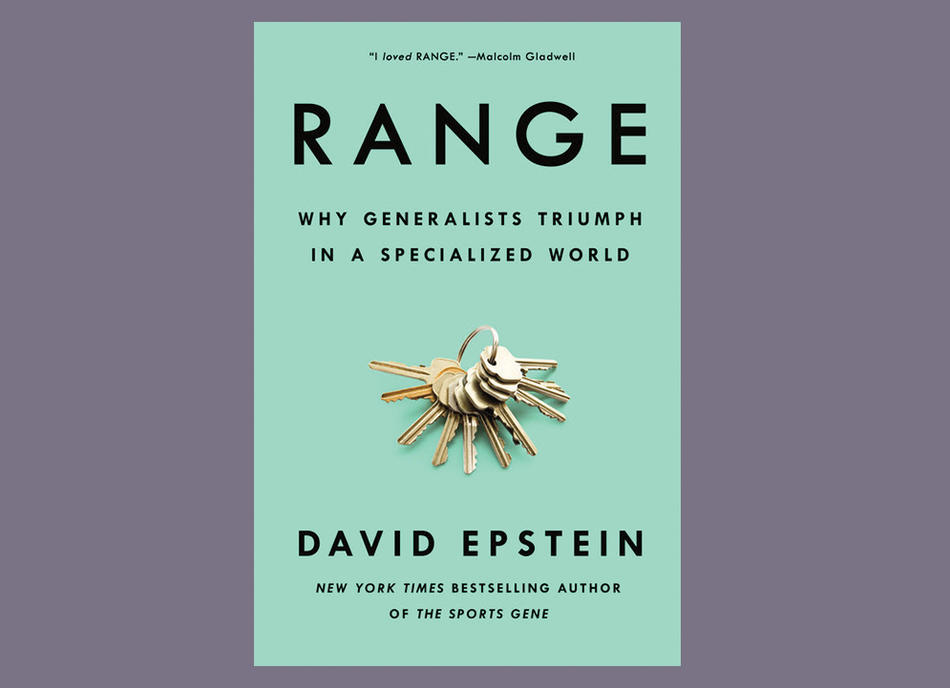 What is the best way to pursue excellence? Should you focus all your time, energy, and attention on a single pursuit? Or would it be wiser to dabble in several before committing to one?

In his book Range: Why Generalists Triumph in a Specialized World — an instant New York Times bestseller — David Epstein ’02CC, ’04GSAS, ’04JRN digs into the evidence looking for answers. A former Sports Illustrated staffer, Epstein begins in familiar territory, comparing the stories of two elite athletes: Tiger Woods, the golf champion, and Roger Federer, the tennis star. Woods was practically born with a golf club in his hands and was encouraged by his parents to go all in when they recognized his precociousness; Federer tried out a number of sports — swimming, skiing, skateboarding — before committing to tennis.

So which method is best, the Roger or the Tiger? Epstein makes a strong case for the Roger. Research shows that “it takes time — and often forgoing a head start — to develop personal and professional range, but it is worth it,” Epstein writes. Furthermore, “highly credentialed experts can become so narrow-minded that they actually get worse with experience, even while becoming more confident — a dangerous combination.”

In true generalist fashion, Epstein examines several disciplines to support his argument, highlighting exemplars from art, science, education, and business. For example, Nintendo’s all-time most influential video-game innovator, Gunpei Yokoi, had no specific life plans when he took the job. His advantage emerged from his experiences as a hobbyist, inventor, and tinkerer. Epstein also advocates for late bloomers, among them Vincent van Gogh, who only started painting in earnest at age thirty-three, and former Girl Scouts CEO Frances Hesselbein, whose professional career began when she was in her mid-fifties.

Though Epstein’s defense of dabbling is convincing, he also shows us that the approach doesn’t work equally well in every field. In a chapter on chess masters, Epstein points out that a devotion to the game from early childhood onward can be helpful, because chess tests the skills of a person working in an isolated rule-based system. Conversely, less technical domains that demand flexible thinking, like film and literature, reward creative types. Epstein suggests, for example, that Haruki Murakami’s early musical aspirations fueled his fresh approach to literary fiction.

It makes sense that Epstein was keen to explore this topic, since his own career has taken some turns — he studied environmental science and journalism at Columbia and coauthored a paper on Arctic ecology while writing for Sports Illustrated — and his book shines when he makes personal connections to a topic. His key point seems to be that getting lost can land us in wonderful places — certainly a worthwhile message, and one that many will welcome.