Review: "Until the End of Time"

By Brian Greene (Alfred A. Knopf). 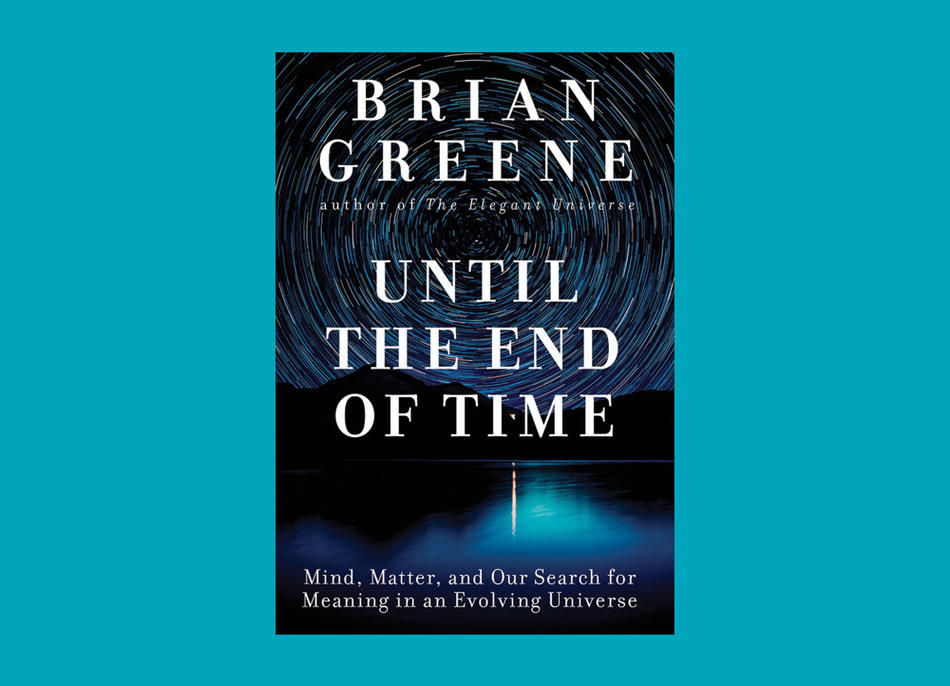 What we call science the Western world once called philosophy. But when investigators of nature in the seventeenth century realized that their observations were jarringly at odds with the assumptions of the ancient philosophers, they began calling themselves “new philosophers.” Eventually, they switched to calling themselves natural philosophers and, later still, philosopher-scientists.

Even today’s plain old scientists, however, remain philosophers of a sort. “In the fullness of time all that lives will die.” So begins Until the End of Time, Brian Greene’s ambitious attempt to reclaim science’s philosophical subtext and raise it to the level of conversational, often personal, and — despite that portentous beginning — witty text.

Greene, a Columbia professor of mathematics and physics, the cofounder of the World Science Festival, and a regular television guest expert, has been heading in this direction throughout his writing career. His first book, The Elegant Universe, popularized string theory for a lay audience and established his ability to make sense of the seemingly incomprehensible. His next books, The Fabric of the Cosmos and The Hidden Reality, sampled the more amorphous subjects of space, time, and parallel universes. In Until the End of Time he doesn’t quite abandon the confines of physics, but he does embrace pretty much every other science out there, and he does so in the service of exploring, as the subtitle says, “mind, matter, and our search for meaning in an evolving universe.” In the manner of the natural philosophers of the eighteenth and nineteenth centuries, Greene has become a generalist.

Or at least an interdisciplinarian. He explicitly acknowledges the influence of What Is Life?, the 1944 collection of Erwin Schrödinger’s lectures. Schrödinger, Greene writes, “encouraged thinkers to extend the reach of their expertise by exploring realms outside their traditional intellectual stomping ground” — a call, Greene says, that “in the decades since, as knowledge has become increasingly specialized, a growing cohort of researchers has continued to sound.”

Greene’s new contribution to this movement surveys not only what we know of the history of the universe — the origin of its structures, elements, planets, and creatures — but how we think about those subjects, and how that tells us who we are. But who are we? At this point Greene, like so many interdisciplinarians, pauses. In his case, the pause reflects the limitations of physics, including quantum mechanics, in addressing the question — limitations Greene is happy to acknowledge, if only because recognizing them, cogito, ergo sum–style, is to be human.

Whatever his philosophical inclinations, Greene remains a physicist at heart, so while his book leads us through myths and religions, it also brings us to the extremes of space and time: to a solitary particle at the lip of a black hole’s event horizon, the inscrutable balance in the cosmic equation. “Rerun the big bang but slightly shift this particle’s position or that field’s value, and for virtually any fiddling the new cosmic unfolding will not include you or me,” Greene writes. Yet here we are. “How spectacularly unlikely,” he concludes. “How thrillingly magnificent.”

Until the End of Time is a survey of the history and philosophy of science, not a radical rethinking of our relationship to the universe. And so readers’ reactions will depend on how they respond to their guide, who possesses an unconventional mind that’s capable of recasting an eternal question as “Does a Roomba possess the traditional quality of free will?”

When I asked myself what I thought of this mind, I recalled an anecdote in a magazine profile of Greene. His then girlfriend inadvertently abandons him at a party, leaving him listening to a boor for an hour, but when she returns, he dismisses her apologies. “I was solving equations,” he says.

I don’t know about you, but that’s my kind of mind.

Top Stories
Book Review: Horse
Can the World’s Religions Help Save Us from Ecological Peril?
What Declassified Government Documents Reveal About America’s Dark Secrets
Is Objectivity in Journalism Even Possible?
Learning to Live with the Voices in Your Head
All categories >
Read more from Richard Panek