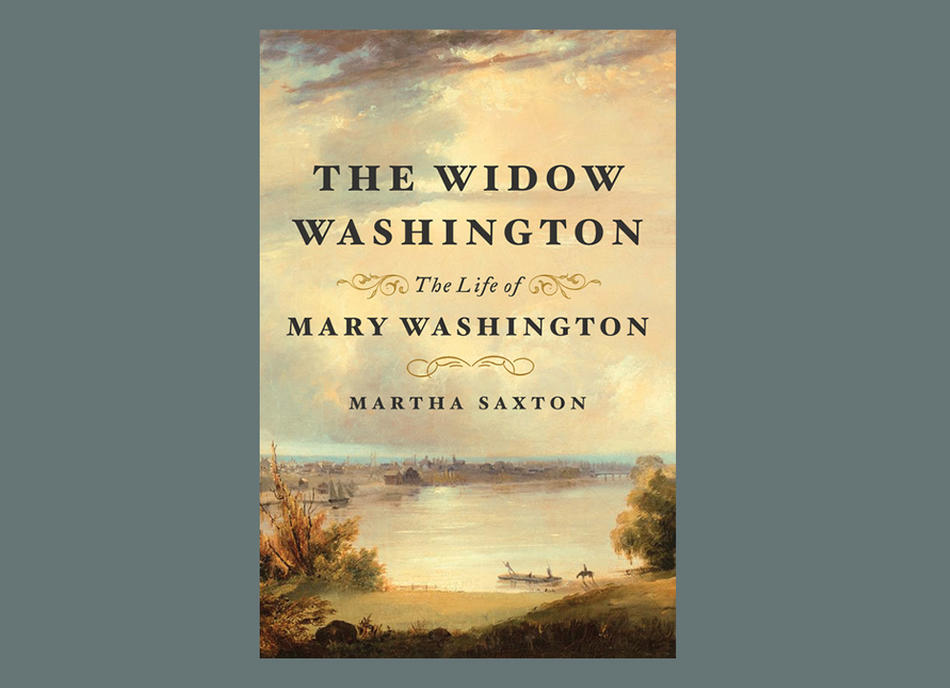 The absorbing new biography The Widow Washington reveals that almost everything we know about Mary Ball Washington, the mother of the father of our country, is wrong. Not that we’ve ever known much. Primary-source documents from her life are scarce, and for various reasons her son’s biographers have largely relegated her to the category of cold, overbearing mothers (not to mention mothers-in-law, for Mary has often been cast as a foil to her famously charming daughter-in-law Martha Custis Washington). Now, thanks to scrupulous archival research by Amherst College historian and women’s studies professor Martha Saxton ’89GSAS, Mary Washington has finally been rescued from this shallow, sexist stereotype and granted “the dignity of her independent existence.”

That existence was filled with turmoil, both emotional and economic. Mary Ball was born around 1708 in Lancaster County, Virginia, to a mother who had come to America from England as an indentured servant and her second husband, a prosperous planter. Mary’s husband, Augustine Washington, was also wealthy — a Virginia widower whom Mary married at twenty-two and bore four sons (including George, her firstborn) and two daughters. But Mary experienced loss early and often, suffering the deaths of her father, stepfather, half-brother, and mother, all by the time she was twelve. In the aftermath, she sought solace in Christian devotional tomes. These books, which she read again and again throughout her life, extolled the virtues of frugality, piety, meekness, hard work, obedience (which conveniently doubled as an apologia for slavery, an institution in which Mary participated fully and unquestioningly from birth), and private prayer, which she practiced almost obsessively.

Tall, strong, and athletic (like her son George), Mary enjoyed a comfortable, evidently happy life as a wife, mother, and “plantation mistress” during her thirteen-year marriage to Augustine. But his death in 1743 plunged her into economic uncertainty — she was thirty-five, with five children ranging in age from eleven to five. Augustine’s will divided his property between his six sons (greatly favoring the two sons from his first marriage) and subjected Mary to the full brunt of Virginia’s inheritance laws, under which, as Saxton puts it, “a widow’s role was to be transmitter of property from man to man.”

Mary could use George’s property until he turned twenty-one, at which point he would assume primary control. Cash-strapped and overwhelmed, she struggled to manage diminished acreage and often relied on George for advice. Mary adored George and likely favored him above her other children — and George undoubtedly benefited from their strong bond. It was more or less understood, for example, that upon reaching adolescence, male sons of wealthy, slave-owning Colonial families would avail themselves sexually of the enslaved females. That George apparently resisted this and other “debilitating temptations” has typically been ascribed to the loss of his father. But Saxton suggests that his maturity and self-control were mostly Mary’s doing, particularly her inclusion of him in her religious practices and in decisions about running the farm. “In the void opened by Augustine’s demise, she treated George seriously as a man and as a religious being,” Saxton writes. “George respected her moral authority and adopted much of her philosophy as his own.”

Emerging most powerfully in Saxton’s portrait of Mary’s life as a widow are her devotion to her children and her intense focus, in a society where class divisions had widened, on “securing their prosperity in this world and salvation in the next.” Using her limited resources wisely, she saw to it that George acquired the “genteel postures and attitudes” essential for “entering manhood at the elite social level”; he became, like her, skilled at both dancing and horsemanship (his legendary prowess as a rider was key to his military valor). Her efforts paid off: “all her children married up.”

Unsurprisingly, given their legally mandated inequality, a chronic source of friction between mother and adult son was money — and the stories here do not flatter George. He routinely badmouthed Mary for her poor farm management (more likely a result of unscrupulous overseers), her profligate spending (a habit more characteristic of him than her, notwithstanding his notorious tightfistedness), and her repeated requests for money (she needed it, and he controlled it; hence her reputation as a nag).

Here and elsewhere, Saxton rights the historical wrongs that have been done to Mary Washington. But that is only part of the author’s achievement. In creating a complex, nuanced portrait of the woman who raised the most famous American of all time, Saxton also gives us a fresh lens through which to view George Washington, the harsh realities of the Colonial period (particularly for women), and the evil and infinitely exploitative institution of slavery. This book is an invaluable contribution to the literature not just on the Washington family but on this whole tumultuous period in America’s history.

Top Stories
The Story Behind the Most Famous Christmas Poem of All
Count:
747
Your 2021 Columbia Gift Guide
Count:
222
New Smart Helmet Could Spot Concussions in Real Time
Count:
157
Hair-Regeneration Method the First to Grow New Follicles
Count:
147
Can’t Sleep? This Startup May Have Solutions
Count:
144
All categories >
Read more from Lorraine Glennon