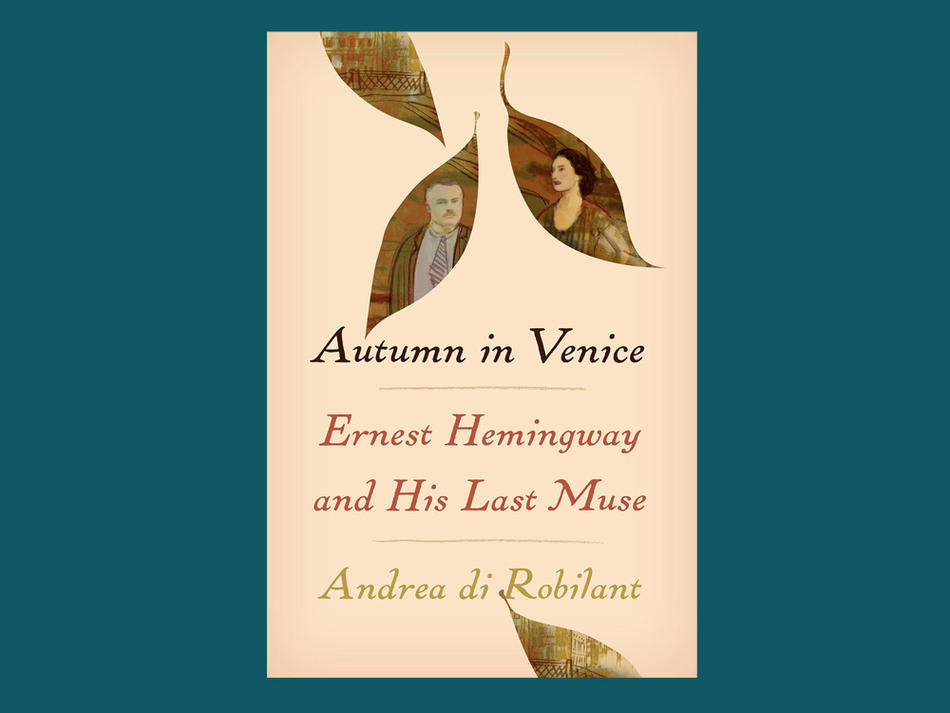 Tolstoy famously said it about families, but the observation applies equally to marriages: all the happy ones are alike, but each unhappy marriage is unhappy in its own way. This truth is amply demonstrated in Andrea di Robilant’s meticulously researched account of Ernest Hemingway’s years-long obsession with his “last muse,” Adriana Ivancich, a beautiful Italian woman he met when she was eighteen and he a month shy of fifty. Theirs was a puerile relationship that was absorbed, enabled, and eventually outlasted by the much more compelling one between Hemingway and his fourth wife, Mary Welsh Hemingway.

Drawing heavily on personal letters and journals, di Robilant ’79CC, ’80SIPA, whose great-uncle was part of Hemingway’s social circle in Venice, details every corner of the Hemingways’ painful fifteen-year union. Mary’s miseries are at times almost breathtaking and include a life-threatening miscarriage and near-fatal car and plane crashes, as well as her husband’s physical and mental-health crises, infidelity, megalomania, epic self-absorption, violence, emotional abuse, and, finally, abandonment of her through suicide. And nearly all of this behavior is accompanied by the consumption of truly staggering quantities of alcohol.

The couple had been married for two years when, in 1948, they traveled to Venice from their home in Cuba. Widely regarded as past his prime, Hemingway was suffering from writer’s block and hadn’t published a book in nearly a decade. One day, on a hunting expedition (the writer’s notorious love affair with guns and killing animals is on gruesome display throughout this book), Hemingway is introduced to Adriana, the teenage daughter of an aristocratic local family. Described by di Robilant as possessing “jet black hair, beautiful dark eyes, slender legs, and a svelte, youthful silhouette,” the girl, naive and not yet fluent in English, almost instantly attracts the attention of the older man.

An aging male artist besotted with a young beauty who revives his dormant creativity? It’s a story as old as the green hills of Africa. Poor Mary, a former globetrotting journalist who gave up her career to be “simply [a] wife,” is condemned to watch from the sidelines as her beloved Papa pines after this Botticelli angel — without, in di Robilant’s firm opinion, ever consummating the relationship — for the next eight years. Adriana fulfills her designated role, shaking Papa out of his doldrums and inspiring his next book, Across the River and into the Trees, whose main female character is a thinly disguised version of her. When Hemingway returns to Cuba, Adriana and her family join him, taking up residence at Finca Vigía, his estate near Havana. There Papa, his creative juices still flowing, thanks to the presence of his youthful muse, cranks out his last great masterwork, The Old Man and the Sea.

In between her frequent attempts to keep her husband’s cruelty in check, Mary makes a feeble attempt or two to assert herself, writing to Hemingway after a particularly awful episode that she’s had enough and wants a divorce. But he easily talks her out of it with a “Stick with me, Kitten.” (Other Hemingway biographies have suggested that he feared the cost of divorce, telling friends it was cheaper to stay married.) As mistreated as she is, Mary loves Papa, and she strikes a grim and all-too-familiar bargain: she’ll tolerate Adriana’s presence and its attendant humiliation because it is “a price she was willing to pay if it made her husband happy and a nicer person to be around.”

Passages like that are not only excruciating to read, but they also trigger a kind of cognitive dissonance from the vantage point of 2018. The Hemingwayesque way of life feels so alien and removed from this #MeToo moment of women’s empowerment and the rejection of a host of negative “isms” that the Nobel Prize winner embodies. What can we learn from reading about a macho, egomaniacal, lion-killing entitled white male whose women are relegated to such hoary supporting roles as long-suffering wife and sprightly muse — and who, at fifty, loses his head over the latter like a dopey adolescent?

The answer isn’t exactly clear, except that the man’s best work, against all expectation, has managed to remain great and serves as an irreplaceable guide to technique for any aspiring fiction writer. And the Hemingway mystique continues to exert a powerful hold on our collective imagination, steadily spawning new biographies, memoirs, and even novels (see the best-selling The Paris Wife) — not to mention a minor tourism industry in places as far-flung as Paris, Havana, Key West, and Ketchum, Idaho. Autumn in Venice, the latest contribution to this canon, may showcase Ernest Hemingway, at least in his later years, as Exhibit A in the Museum of Lousy Human Beings, but his fans will savor every syllable.

Top Stories
The Simple Questions That Can Prevent a Suicide
Book Review: Horse
Lets Talk About Sex on YouTube
New Smart Helmet Could Spot Concussions in Real Time
How the Mankiewicz Family Got Their Hollywood Ending
All categories >
Read more from Lorraine Glennon