The NPR program, hosted by Emily Kwong ’12CC and Aaron Scott ’09JRN, unravels the mysteries of the world in a lighthearted manner.

The cohosts of Short Wave, NPR’s daily science podcast, are both Columbia alumni, but that’s not all they have in common: growing up, both thought science wasn’t for them. Now Emily Kwong ’12CC and Aaron Scott ’09JRN are evangelists for the subject, telling anyone who will listen that science is all around us, and it’s for everyone.

In pithy, easily digestible segments, Short Wave explores everything from the chemistry of coffee to the physics of sand castles to the biology of sweating. Even when tackling heavier topics like COVID-19 or the war in Ukraine, the show plays like a lively conversation between friends (albeit one that’s rigorously fact-checked). Kwong and Scott are amiable hosts who are particularly skilled at making scientific concepts feel accessible and exciting. “I can’t fake that enthusiasm,” says Kwong. “Everything you hear on the show is my genuine curiosity pouring out.”

At Columbia, Kwong majored in anthropology. She wrote for the Columbia Spectator, but it wasn’t until she DJ’ed for campus radio station WKCR that she discovered her “lock-and-key fit” in audio journalism. (In retrospect, she says, the cassette recorder she dragged through her childhood “like it was a pet, by the microphone” should have clued her in.) In lieu of a senior thesis, Kwong teamed up with her roommate, Anneke Dunbar-Gronke ’12CC, to interview fellow Columbians for a radio program they called This Columbia Life.

After graduation, Kwong, who is originally from Connecticut, trained at Maine’s Salt Institute for Documentary Studies and spent more than four years in Sitka, Alaska, reporting for a local NPR affiliate. There she interviewed experts on landslides, fisheries, and other ecological topics vital to daily life in the community, gaining new appreciation for science’s social implications. She moved on to an NPR fellowship in Mongolia covering climate migration and then was hired as a Short Wave reporter in 2019. She was promoted to cohost in 2021, and Scott joined her in February 2022. (The show’s ten-person team also includes senior supervising editor Gisele Grayson ’01SIPA.)

Scott studied religion at Grinnell College and worked in music publicity before applying to Columbia Journalism School, in search of a broadcast-journalism boot camp. A workshop with writer Stephen S. Hall opened his eyes to science reporting as “a way to encounter wonder on a daily basis,” and he ended up earning master’s degrees in both broadcast and science journalism. Post-Columbia, Scott spent seven years working for Oregon Public Broadcasting, where he reported and hosted the widely praised 2020 podcast Timber Wars. Its eleven episodes, which recount the conflict over old-growth logging in the Pacific Northwest, have been downloaded more than a million times.

Short Wave’s hosts record from separate locations: Kwong from NPR’s Washington, DC, headquarters, Scott from Portland, Oregon. Scott, who was raised in that area as well as Steamboat Springs, Colorado, is happiest among mountains. Last summer he went back to Steamboat Springs for a Short Wave episode dedicated to his late father, a mining engineer who taught him the “slow story of the ground beneath our feet.” He was there to accompany researchers into a sulfur-filled cave that, when he was a child, had reminded him of a dragon’s lair. The reality — bizarre bacterial formations, blobs of blood-red worms thriving in extreme conditions — rivaled anything he’d imagined. “I now have a deeper understanding of what’s going on down there. It doesn’t take away from the magic of dreaming about it as a kid,” he says. “It makes the world even richer and more vibrant.”

Kwong, too, links Short Wave stories to her own adventures, from swimming with manta rays to performing in a circus (cue a discussion of force and momentum). But both hosts say they’re most interested in spotlighting others, especially scientists from underrepresented groups. And they’re eager to build a community of listeners, or what Kwong calls “an ecosystem of nerds.” She uses the label affectionately to describe anyone who’s passionately, unselfconsciously curious. “It’s a motto on Short Wave,” she says. “We take the facts seriously but not ourselves.”

This article appears in the Winter 2022-23 print edition of Columbia Magazine with the title "Science for Everyone."

Top Stories
What Declassified Government Documents Reveal About America’s Dark Secrets
Book Review: Horse
Can the World’s Religions Help Save Us from Ecological Peril?
Drawing Connections with Wendy MacNaughton
Is Objectivity in Journalism Even Possible?
All categories >
Read more from Nicole Estvanik Taylor

How to Build a Love That Lasts

Laura Kavanagh Climbs the Leadership Ladder at the FDNY 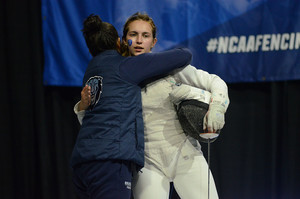