We talk with Farah Jasmine Griffin, professor of English and comparative literature and African-American studies, about her book Harlem Nocturne (Basic Civitas Books). 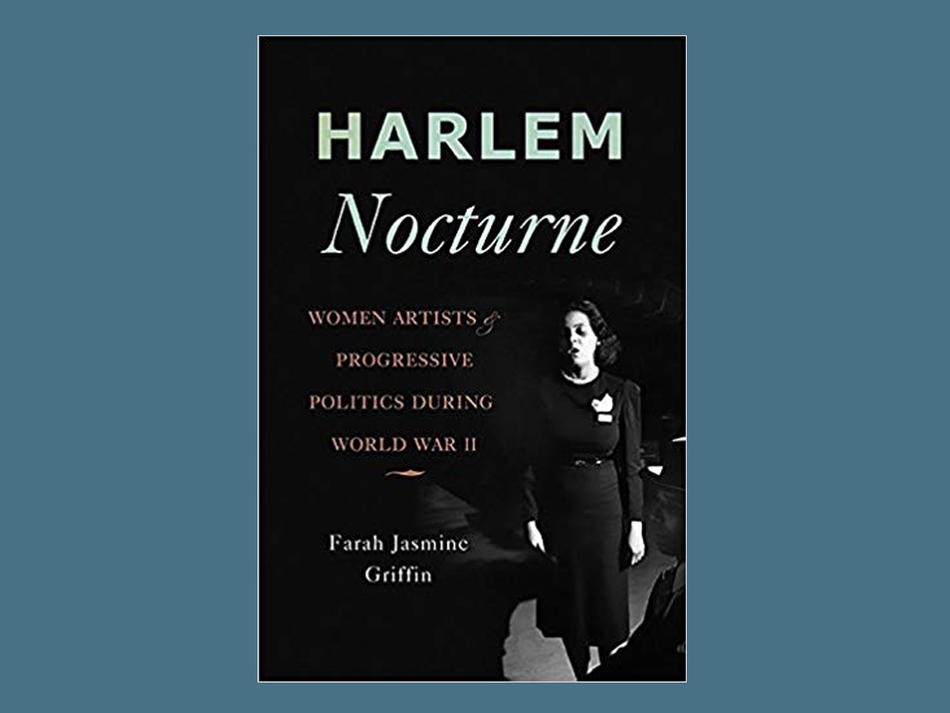 Typically, the conversation about Harlem’s greatest artistic achievements centers on the Renaissance of the 1920s and ’30s. Your new book focuses on the 1940s. How does that time period differ politically and culturally from the Harlem Renaissance?

Painter Romare Bearden said the ’40s differed from the ’20s because the later period was much more explicitly political. The artists saw themselves as part of politics in ways that the Renaissance didn’t always permit, and they were also less concerned about presenting a positive face. These artists wanted to present complex faces.

You illuminate this time through the lives of three women artists — modern dancer Pearl Primus, writer Ann Petry, and jazz pianist Mary Lou Williams. What drew you to them?

They were prime examples of very, very talented artists, who were well known in the period, but who, I think, the general public had forgotten. I’d known about Ann Petry for a long time, because I’m a teacher of literature. I’d written about her. I teach her novel The Street. I had also known of Pearl Primus and Mary Lou Williams, but I didn’t know them well. So I saw this book as an opportunity to reintroduce them to readers, with the hope that they would find these three women as compelling as I did. I was very moved by their words, their art, their music, and in Primus’s case, dance.

They were all civil-rights activists in their own ways. Do you think that they were also feminists?

I think that Petry was, without question. She understood “intersectionality” before we began to theorize it — the relationship between race, class, and gender. She understood her own identity as a writer in relation to the big boys who got more attention. I think that Mary Lou would not have called herself a feminist. She bought into notions of patriarchy. She would distinguish herself by saying, “I play like a man. I’m as good as the boys.” Even though she did sometimes catch hell for being a woman, she never acknowledged that, because she was one of the few women who were fully accepted. She mentored young women, she was very helpful to many young women, but I don’t think she had any kind of explicit understanding of herself as a feminist. I don’t see that with Primus, either.

At some point in everyone’s story, there is a discussion of communism. What is the link between communism and the struggle for civil rights?

The communists in Harlem were actually dealing with racism and white supremacy as an issue before either of the major parties. They had the hearing of the black communities and black activists. So I wanted to show in this book this range of relationships.

Movement was key for these women: this is evident in Primus’s legendary leaps across the stage, in Petry’s walks through Harlem as she searched for inspiration, and in Williams’s melodic movements between bebop and swing. Yet they were also very aware of outside limitations. You call this the black paradox of confinement and mobility. Many of the same issues, including housing and equal access to jobs, are still critical. How relevant is this paradox to life today?

Very important. I see stop-and-frisk as that exact same thing. There used to be a time when there were places where black people weren’t allowed. Now, there’s no place where we aren’t allowed. We have the mobility; we can walk. But we’re under surveillance. We’re constantly being watched, we are criminalized without having done anything. There’s that paradox of confinement within mobility. We always know that we really don’t have freedom of mobility and movement. We see it in housing, but especially in the crisis around public education. Public school has traditionally provided access to mobility; it’s not been the place where you’re trapped. You’re trapped without class mobility. The difference is that the black community is really stratified in terms of class so that not everyone is confined in the same way. But I think yes, it’s still a paradox that we live with.

Do you see black artists today using their work to engage in social activism?

Some of them do, and some of them don’t. What’s different is that artists of the ’40s were helping to shape social movement, but they didn’t create the movement. In some ways, the movement created them: there was a context for them so that when they arrived, they could help shape their vision and their work. For contemporary artists, that’s less so. There are not a lot of dominant social movements that they can join. But artists like Primus, Petry, and Williams did not have all the commercial opportunities that contemporary artists have; the market just wasn’t quite the same. It’s a different way of being socially conscious, and I don’t think one is rewarded for it as much now.