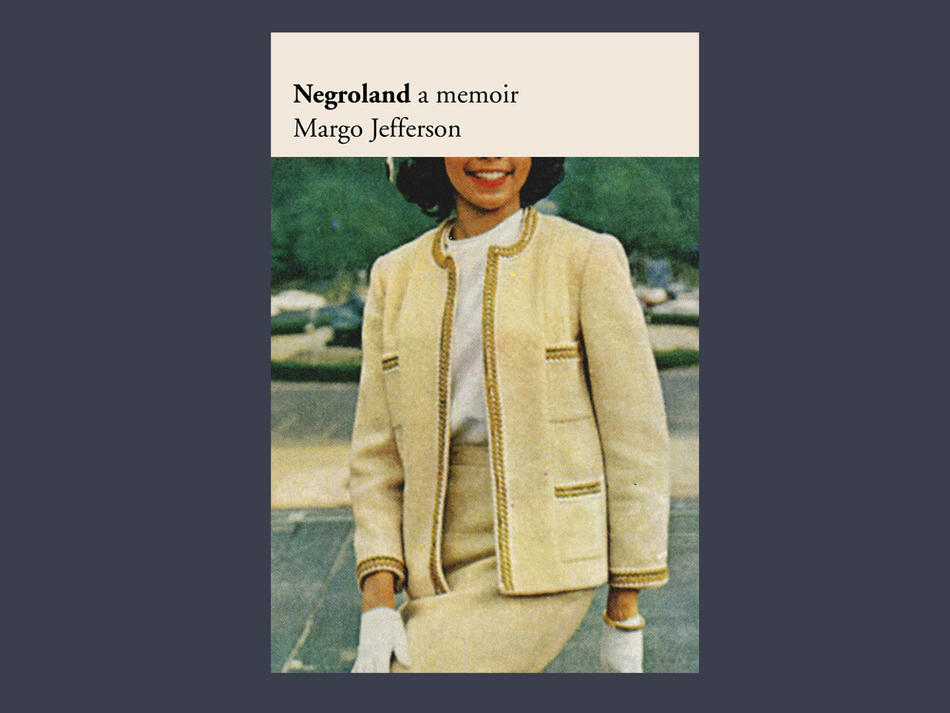 In the summer of 1956, nine-year-old Margo Jefferson, her older sister Denise, and their parents — a doctor and a socialite — arrived at a hotel in Atlantic City, the last stop on a family vacation. The Jeffersons were looking forward to spending time at the beach, but their mood soon shifted. First, the white hotel clerk pretended he couldn’t find their reservation; then he gave them a shabby room. The achievements Dr. and Mrs. Jefferson had worked so hard for — their means, education, and social status in Chicago — suddenly counted for nothing. Instead, the couple was reduced to what Jefferson calls “Mr. and Mrs. Negro Nobody with their Negro children from somewhere in Niggerland.”

The distinction between “Negro,” which Jefferson thinks is a “word of wonders, glorious and terrible,” and “nigger,” which appears only a handful of times in her memoir Negroland, signifies the tenuous division between the black elite and the black masses. In Negroland, that “small region of Negro America where residents were sheltered by a certain amount of privilege and plenty,” the black elite may try to separate themselves, but they pay a high price for their isolation.

Born in Chicago in 1947, Jefferson ’71JRN, a former theater critic for the New York Times and a current professor of writing at Columbia, is a member of the black elite by birth. The Jefferson girls attended highly ranked private schools, joined exclusive black clubs, and spent their summers at the very best camps.

But with their privilege came responsibility. Children had to be indoctrinated into the world of black exceptionalism, so Jefferson quickly learned to “be circumspect: impeccable but not arrogant; confident yet obliging; dignified, not intrusive.” As the descendants of house slaves and freed slaves, the black middle class inherited the rigid politics of respectability, through which they hoped black humanity might be validated. Thus, this group sought to establish themselves as superior to other blacks and thereby more deserving of white approval.

Perfect manners, polished clothing, and light skin helped distinguish the elite as members of a “Third Race,” among whom group identity far outweighed individual identity. It is precisely this separation from the rest of the black community that makes Jefferson resent being asked to befriend the new kid at summer camp. After she assesses with clear disdain the boy’s dark skin and “bad hair,” she begrudgingly speaks to the newcomer. In this moment, she is forced to confront a kind of blackness that she perceives as invasive and threatening, one that disturbs her world’s social order. Though Jefferson looks back on this and so many other experiences with deep-rooted guilt, the classism and anti-blackness that permeate the world of Negroland are still cringeworthy.

Jefferson’s honest and astute examination of the black bourgeois in Negroland is everything you’d expect from a Pulitzer Prize–winning critic. As a participant observer, she simultaneously critiques and celebrates this insular world. We happily indulge Jefferson as she relishes the best memories of her small community — glamorous parties, carefree moments in South Side hair salons, and Lena Horne on The Frank Sinatra Timex Show. And she tries to evade the requirements of Negroland (“you don’t tell your secrets to strangers — certainly not secrets that expose error, weakness, failure”) largely by sharing her past through a series of vignettes.

Jefferson jumps back and forth in time, alternates between first- and third-person narrative, and buries the more intimate details of her personal past in shrewd historical analysis. The format, perhaps intentionally, makes Negroland read more like a cultural memoir than a personal one. It also gives the impression that Jefferson may be reluctant to fully tell her own story, a discomfort that, to her credit, she addresses directly: “How does someone like this, so often ashamed of what she is, always ashamed of what she lacks, write about herself?” This shame makes it understandable, though no less frustrating, that she keeps so much of her personal life private.

By the time Jefferson enrolled at Brandeis University, her cultural views had begun to shift. It was the mid-sixties, and she was free to experience the world outside the confines of Negroland.

With that freedom came transformative realizations about the weight of her privilege. In the era of Black Power, the features of Negroland began to look like “a corruption of The Race, a wrongful deviation,” Jefferson writes. She realized for the first time how internalizing the white gaze had hurt the black elite. “We’d let ourselves become tools of oppression in the black community. We’d settled for a desiccated white facsimile and abandoned a vital black culture.”

But the cost of life in Negroland is never more apparent than in the late seventies when, as a young journalist, Jefferson develops an obsession with suicide. We watch the morbid manifestation of years of internalizing rigid guidelines for white beauty, deportment, and accomplishment, as Jefferson practices ways to end her life. But suicide is a luxury usually reserved for white women. Black women “were not to be depressed or unduly high-strung; we were not to have nervous collapses,” Jefferson notes. “We had a legacy. We were too strong for that.” And, so, she craves the rare opportunity to undo the social order that ignores black women’s humanity.

Though she never fully escapes her shame, Jefferson does ultimately recognize that Negroland, in all its complexity, is a part of who she is. More importantly, she learns to embrace her individual identity as a priority above her collective cultural identity. “Now you can imagine yourself as central,” Jefferson explains. “It feels grand. But don’t stop there. Let that self extend into other narratives and truths.”

Margo Jefferson is a professor of writing at Columbia’s School of the Arts. She worked for years as a theater and book critic for Newsweek and the New York Times and has written for Vogue, New York magazine, and the New Republic. She is a recipient of the Pulitzer Prize for criticism.

Top Stories
Book Review: Horse
Can the World’s Religions Help Save Us from Ecological Peril?
What Declassified Government Documents Reveal About America’s Dark Secrets
Is Objectivity in Journalism Even Possible?
Learning to Live with the Voices in Your Head
All categories >
Read more from Lauren Savage