A review of The Quiet Before: On the Unexpected Origins of Radical Ideas, by Gal Beckerman ’21JRN.

Young Egyptians marched through tear-gas-shrouded streets shouting, “Bread, freedom, human dignity!” It was January 25, 2011, and they were heading toward Tahrir Square, Cairo, united behind one unthinkably daring demand: the resignation of dictator Hosni Mubarak.

The protests were mobilized mostly online, and participants had little experience in governance or movement-building. “We do not understand politics, compromises, negotiations, and cheap tricks,” one of the organizers posted on Facebook. “Victory will be ours because our tears are heartfelt.” When, on the eighteenth day, Mubarak resigned, their confidence appeared justified.

But the stunning triumph was short-lived, as first the Muslim Brotherhood and then the Egyptian military reasserted control. For the revolutionaries, writes Gal Beckerman ’21JRN in his new book The Quiet Before, all the logistical might that Facebook had provided proved useless when it came to organizing themselves into a true political opposition.

Tahrir Square is one of several recent protests that inspired Beckerman to question the capacity of social media to support sustained progress toward social justice. Acknowledging the Internet’s power to amplify political outrage, Beckerman, the Atlantic’s senior editor for books and the holder of a doctorate in communications from Columbia Journalism School, argues that social media is “extremely ineffective at allowing people to focus, to organize their thoughts, to become ideologically coherent, to strategize, to pick leaders, and to refine a message.”

Seeking other instruments that might function better, Beckerman turned to the archives to rediscover how pre-digital radicals talked to one another. His research revealed a treasury of analog media — correspondence, petitions, manifestos, newsletters, and zines — tools that demanded patience, thoughtful care, and social contact. More than fiery speeches, mass demonstrations, or armed insurrections, these modes of conversation, Beckerman argues, have helped incubate and nurture radical ideas.

Among the examples he cites is the Chartist campaign for universal male suffrage in the UK. The leaders of the movement — named for the People’s Charter of 1838, which set out its aims — gathered millions of signatures to demonstrate working-class support for voting rights and created a document so enormous it was too big to fit through the doors of Parliament. For working people who had never before been invited to participate in a formal political process, the physical act of taking pen to paper forged an enduring sense of community.

This story echoes across decades and locales. In each vividly narrated case study, Beckerman shows how communication technologies can transform political consciousness. A Black-owned newspaper in British-held Ghana in the 1930s provided rollicking columns and letters to the editor that allowed multiple anti-colonial perspectives to reach a broad readership. In 1960s Moscow, Soviet dissidents circulated secretly self-published newsletters known as samizdat to critics of the regime. This private network allowed for information sharing among a trusted circle, fostering ideas that would destabilize the Communist worldview a few decades later.

Beckerman urges us to focus on how some media can deepen activists’ visions for a better society and link individual practitioners one to another. In each case, activists innovated technologies that best responded to repressive conditions. They controlled their means of communication and used it to brainstorm ideas, workshop political demands, and forge social identities — all more or less on their own terms.

The Internet, Beckerman argues, has changed all this. Contemporary digital movements that rely on Twitter, Facebook, and other social-media platforms do not control their own networks. Instead, they must accommodate algorithms that privilege extreme posts triggering a narrow range of emotions — outrage, anger, shame — which often fail to align with the activists’ own plans or interests. Twitter helped turn Black Lives Matter into the largest protest movement in US history but provided few pathways for further development. One activist told Beckerman that these platforms had made it too easy “to mistake popularity for power.”

The question of social media’s impact on activism remains as pressing as ever. And Beckerman’s attention to historical modes of communicating offers a corrective to a politics that has been polarized, in part, online. Carefully crafted manifestos and patient debate are just as important as civil disobedience and galvanizing speeches. Perhaps Barack Obama ’83CC put it best when, in 2016, he chided protesters with the injunction that Beckerman uses as an epigraph: “You can’t just keep on yelling.” Yes, radical movements are inherently oppositional and born in conflict, but, as Beckerman points out, they are sustained not just because a technology brought attention to the issue but because a group of activists patiently sought solutions. 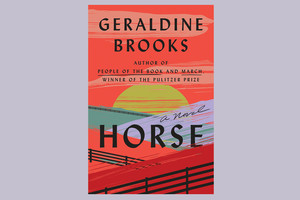