Exploring the mixed-media landscape of this year's MFA thesis exhibition.

Bedsheets pour from liquor bottles. A film projector runs on burning firewood. A clock spins in place on a treadmill.

For 25 artists, this spring’s MFA thesis exhibition marked the culmination of two years of boundary-blurring exploration in the School of the Arts’ visual arts program. For hundreds of visitors to the Fisher Landau Center for Art in Long Island City, Queens, where the exhibition took place, it was a chance to grapple with a mind-bending variety of forms and ideas.

“It’s like walking into a party with 25 different personalities,” says Gregory Amenoff, the chair of the visual arts program. “Each presentation is designed to give a sense of the world the artist has been inhabiting for the past two years.”

Some worlds were so immediate you could step right into them: Dineo Bopape had created a replica of her studio to house her video creation myth; Grayson Cox had designed five modular seating booths that lit up when fitted together, a challenge to participants’ notions of social space and interaction. Other pieces accepted guests by implication, like Haeri Choski’s brightly colored oil paintings of public architecture, or Gyung Jin Shin’s “pointing machine,” made of long needles suspended in a wood frame, aimed at a human-shaped void at the center.

Columbia’s visual arts program, unlike most others in the country, doesn’t segregate artists by medium. The result is inspired experimentation. Sculptors work in video. Printmakers work in sculpture. And all the artists learn from an unusually wide group of their peers.

“We have 52 artists from all over the world, between the two classes, representing the entire range of contemporary art,” says Amenoff. “That community inspires very diverse investigations, and the core of our program is to encourage investigation in as broad a way as possible.”

Welcome to the party.

"Cor ad cor loquitur: Let hte light down the late night diner, sit down for an old Roman dinner, whisper your love my beloved one, pray together before you begin the red wine," by Haeri Choski (oil and mixed media on canvas). 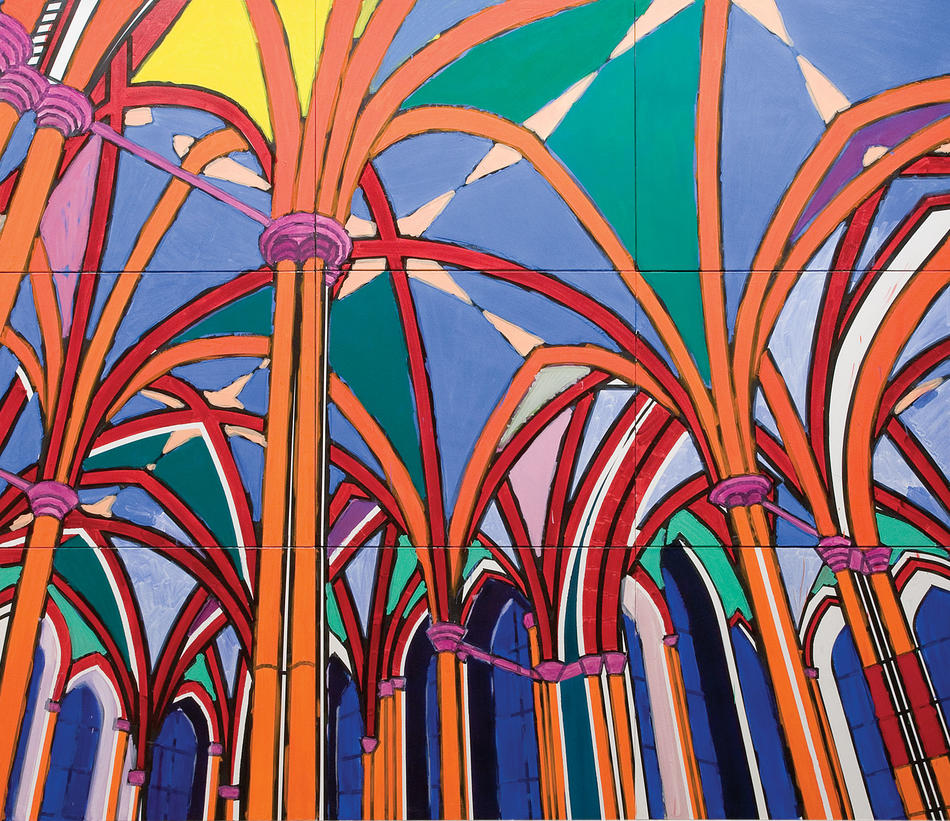 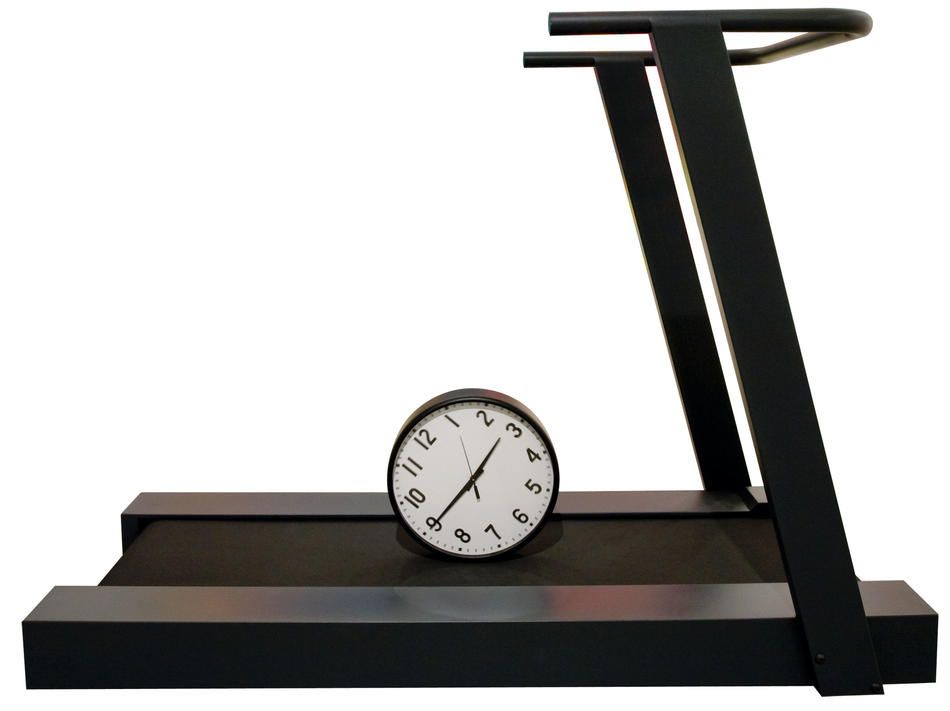 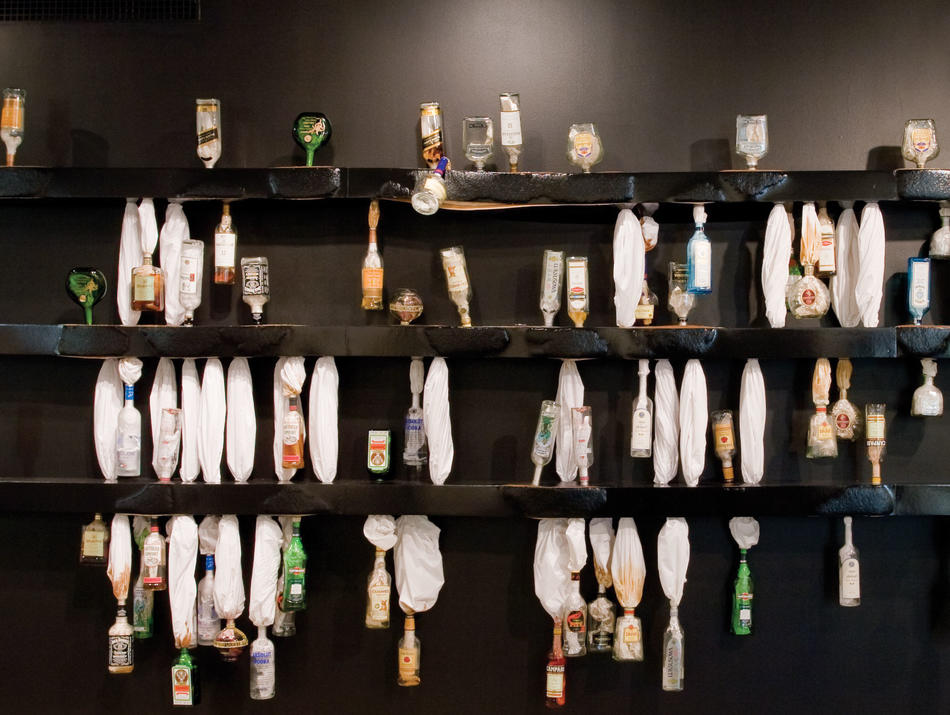 From the series "My Father's Children," by Johanna Wolfe (untitled c-print). 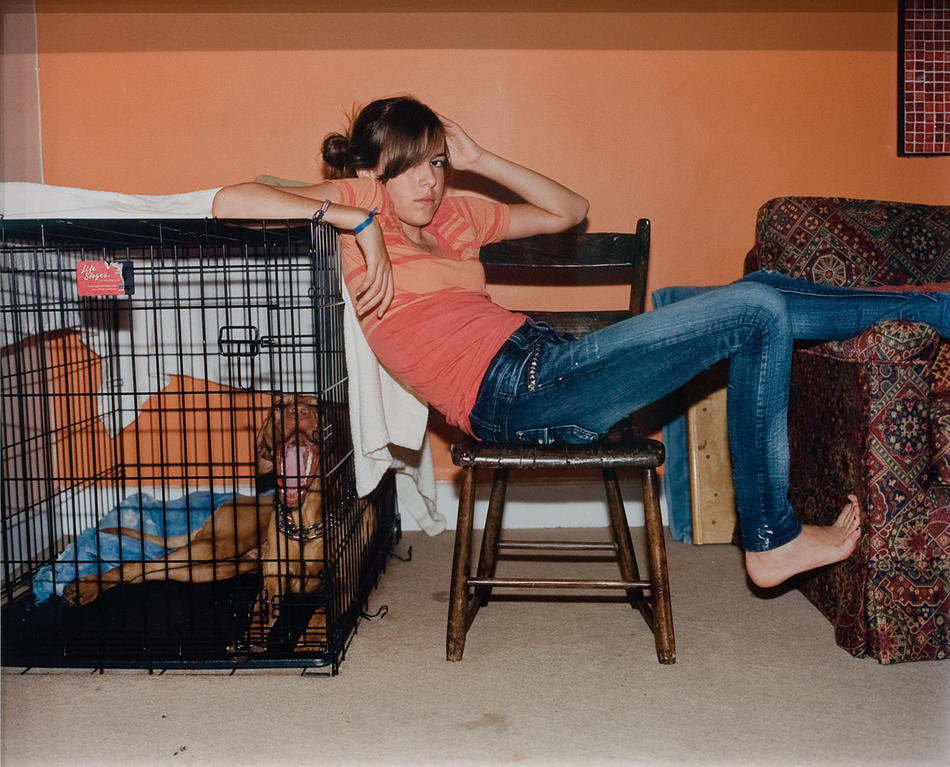 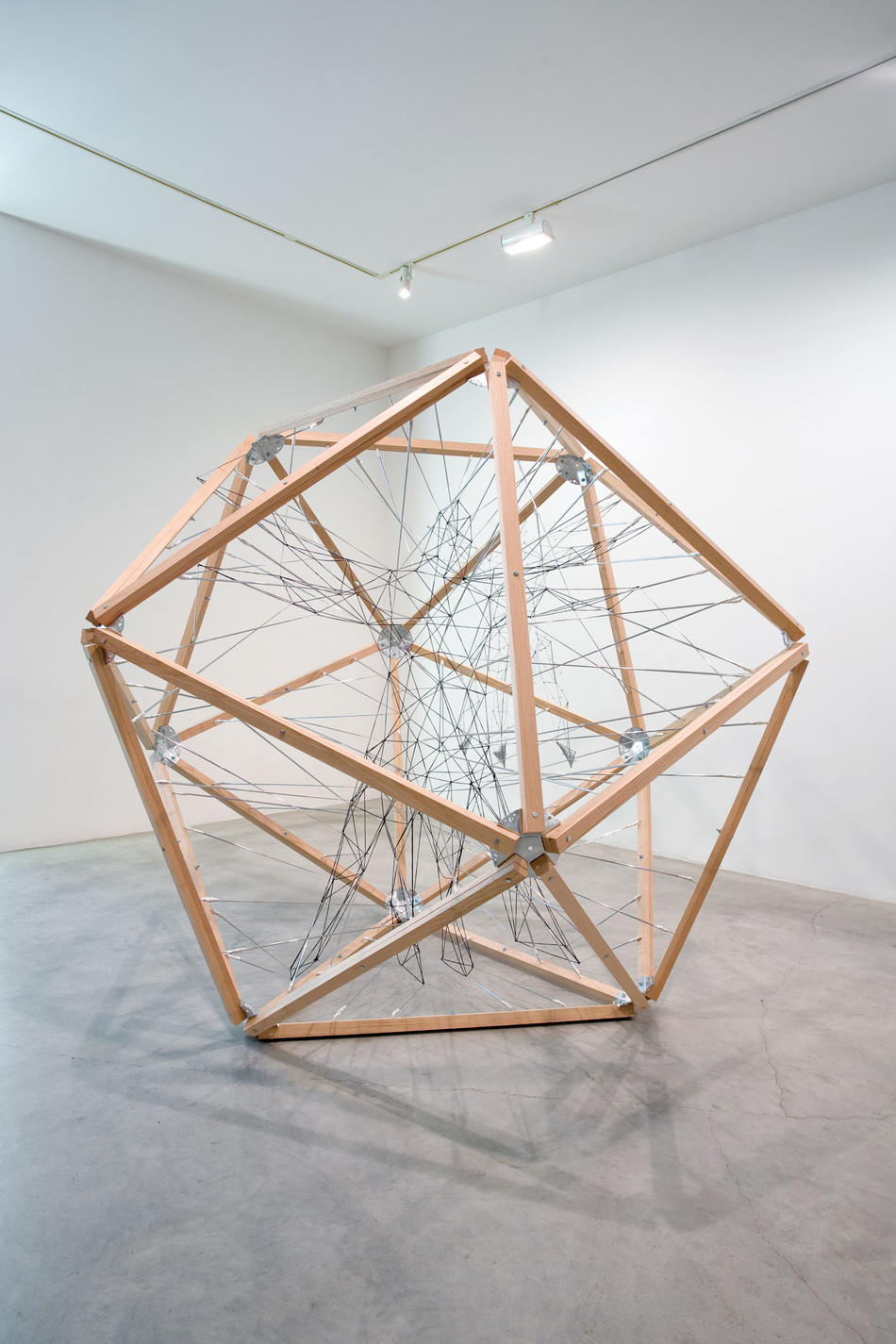 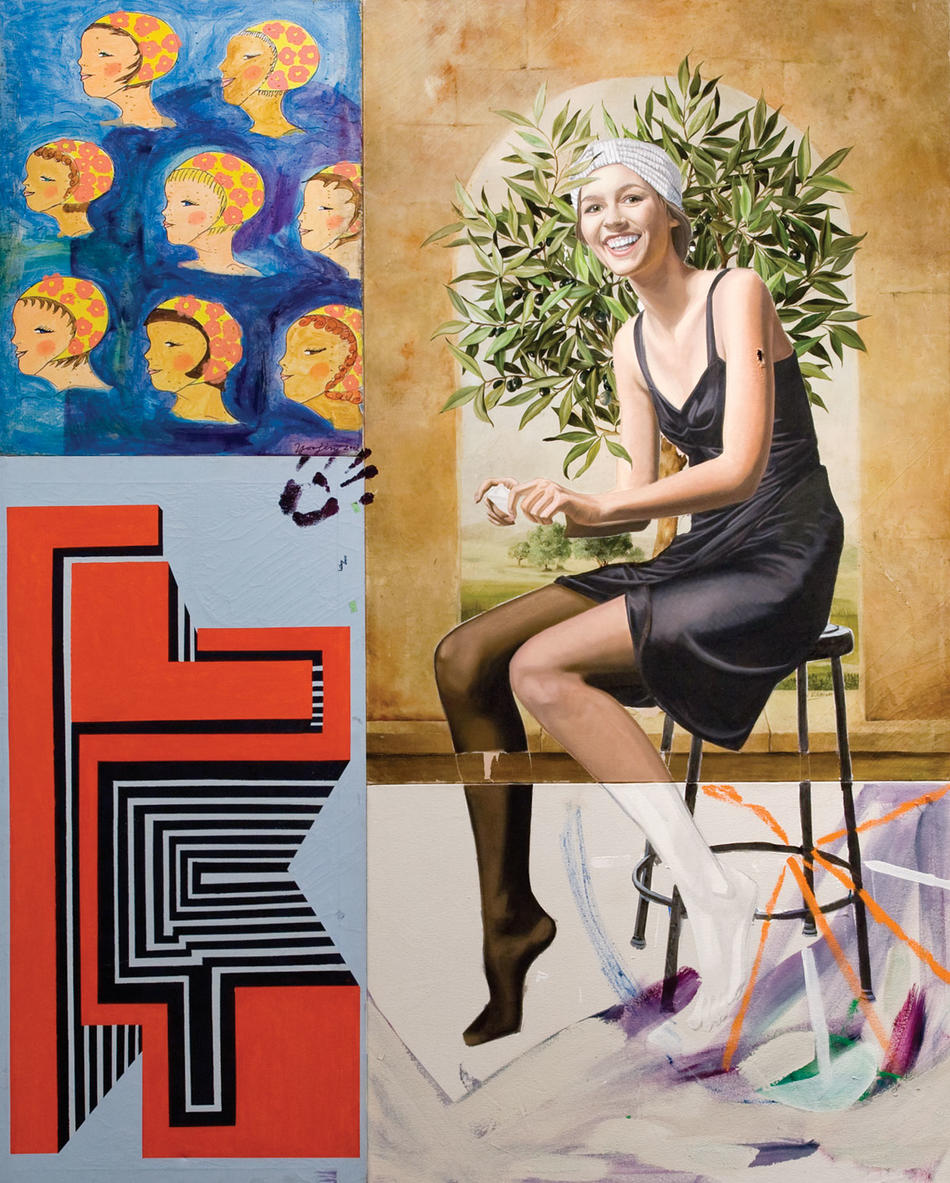 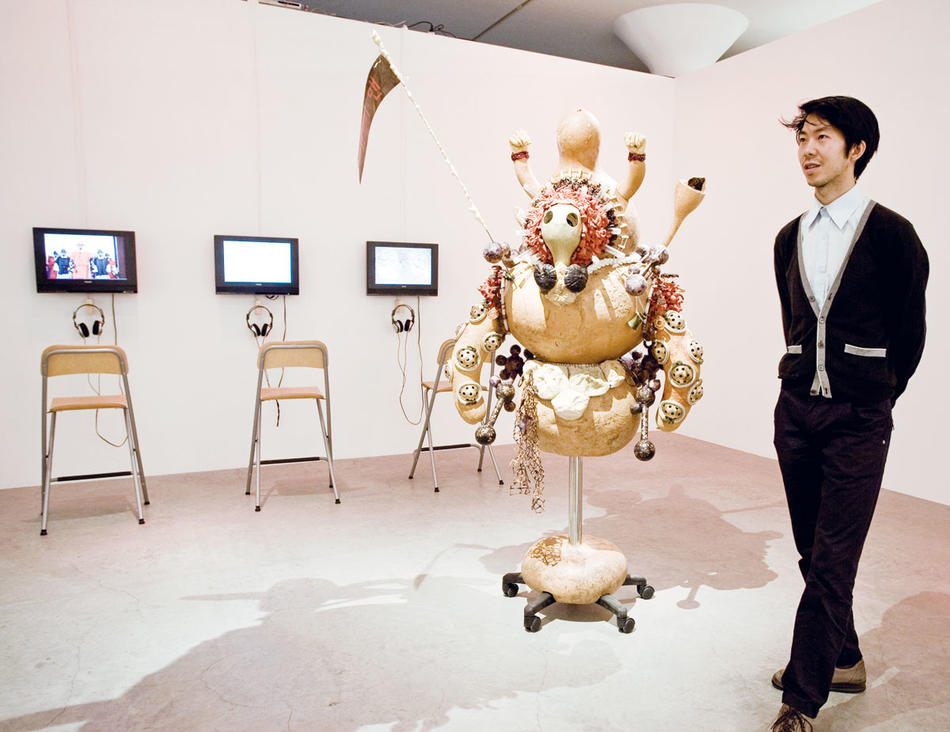 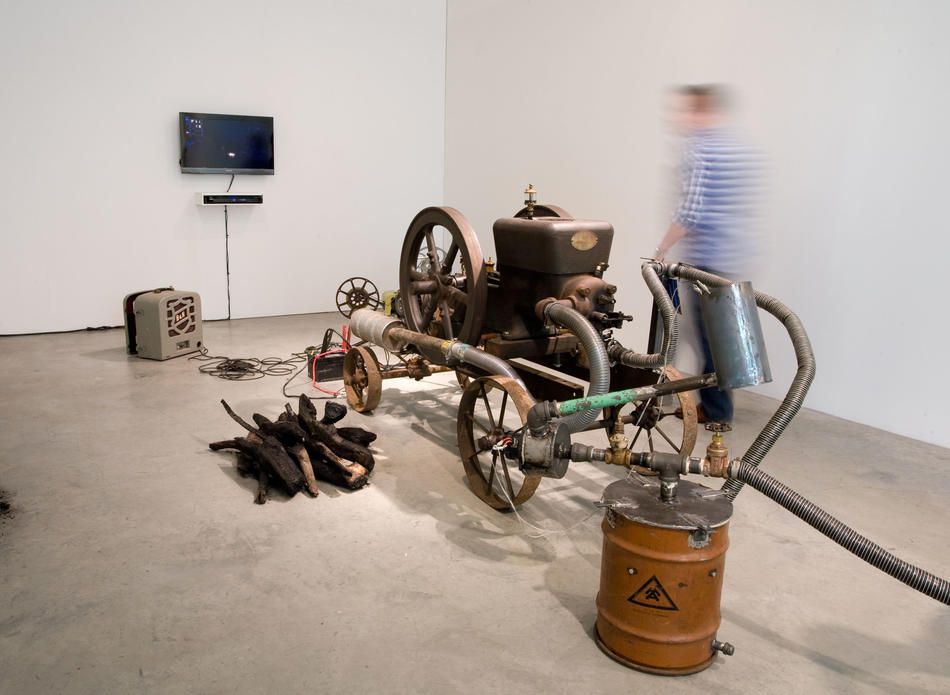 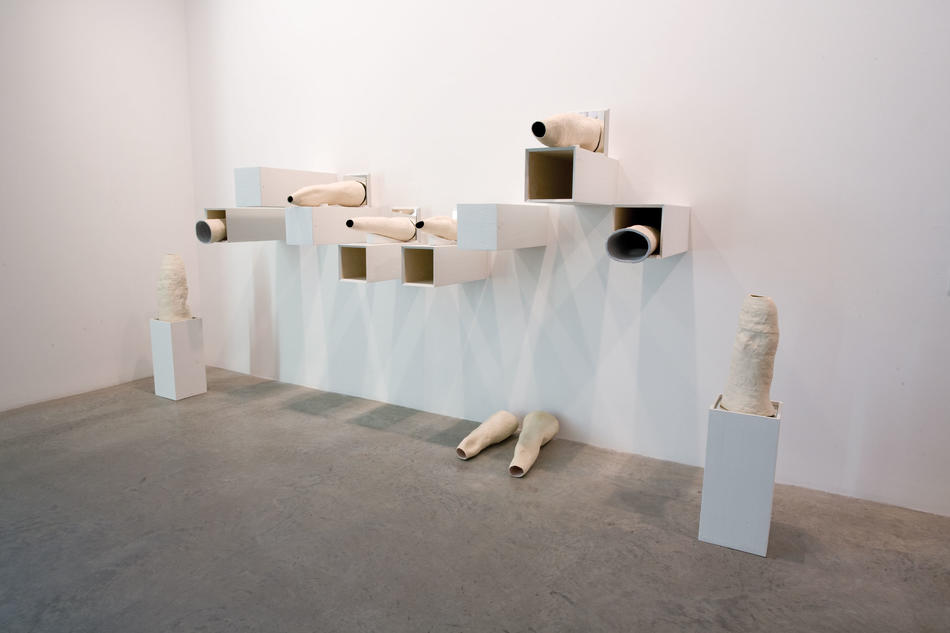 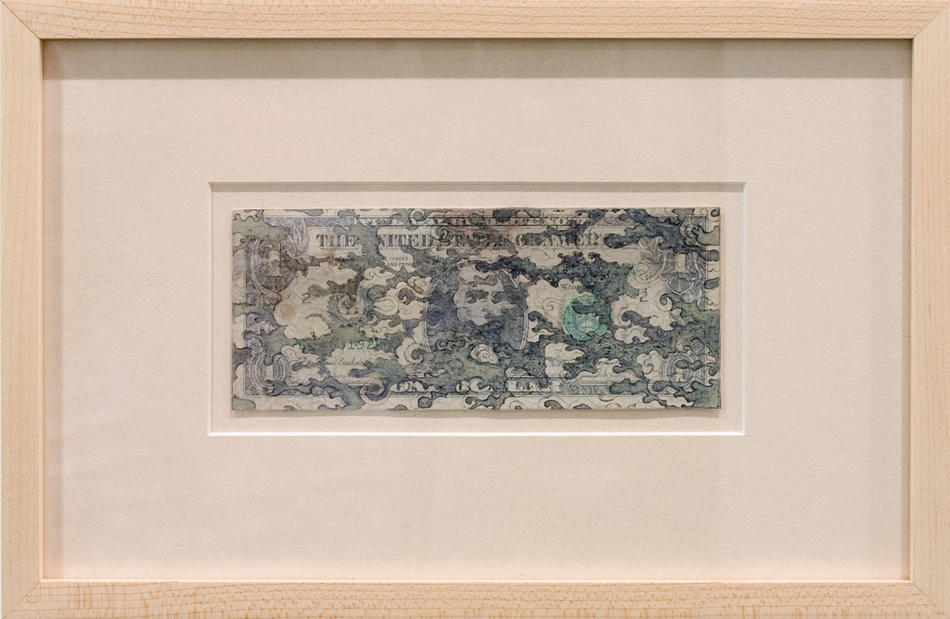 From the series "The Biggest Show on Earth!" by Jared Thorne, archival ink-jet print. 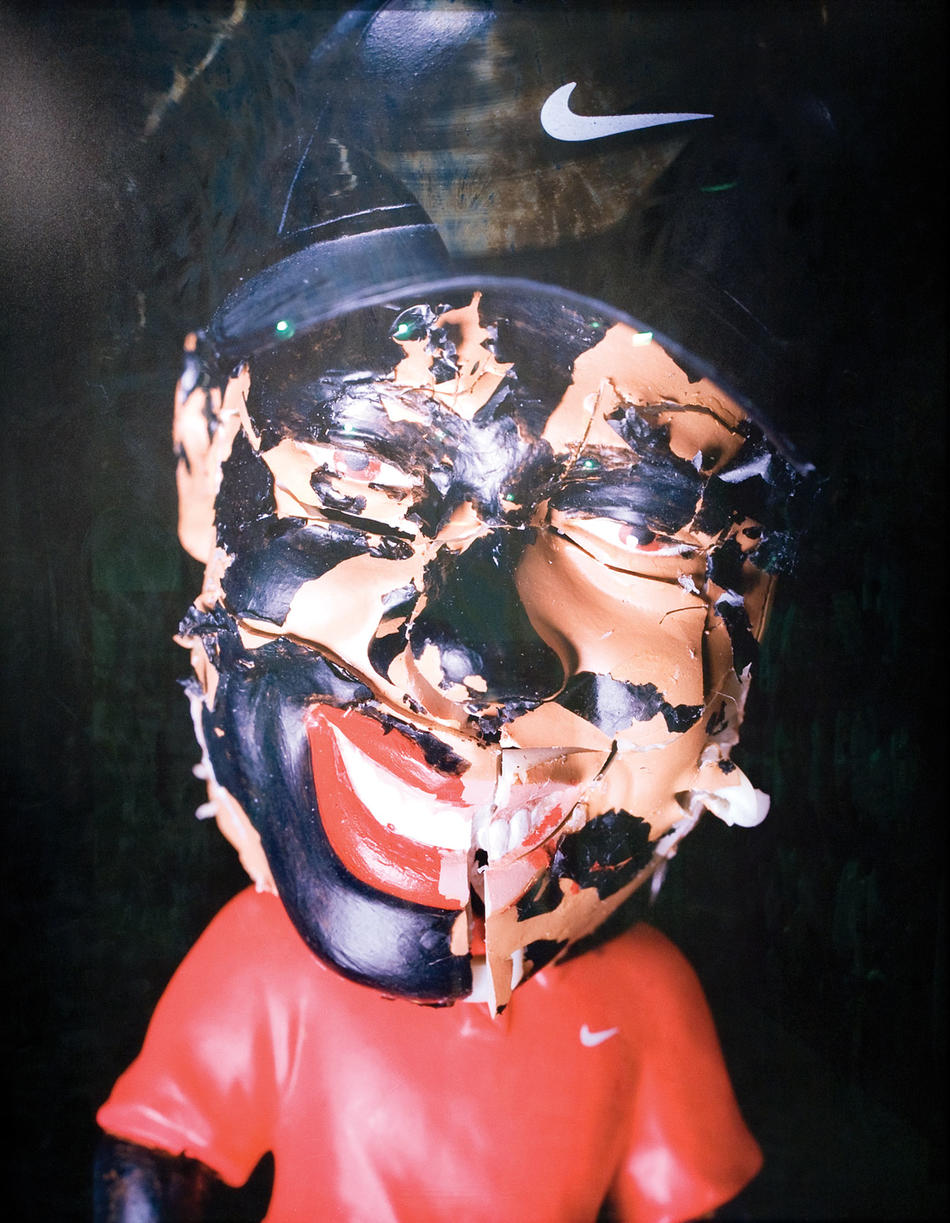