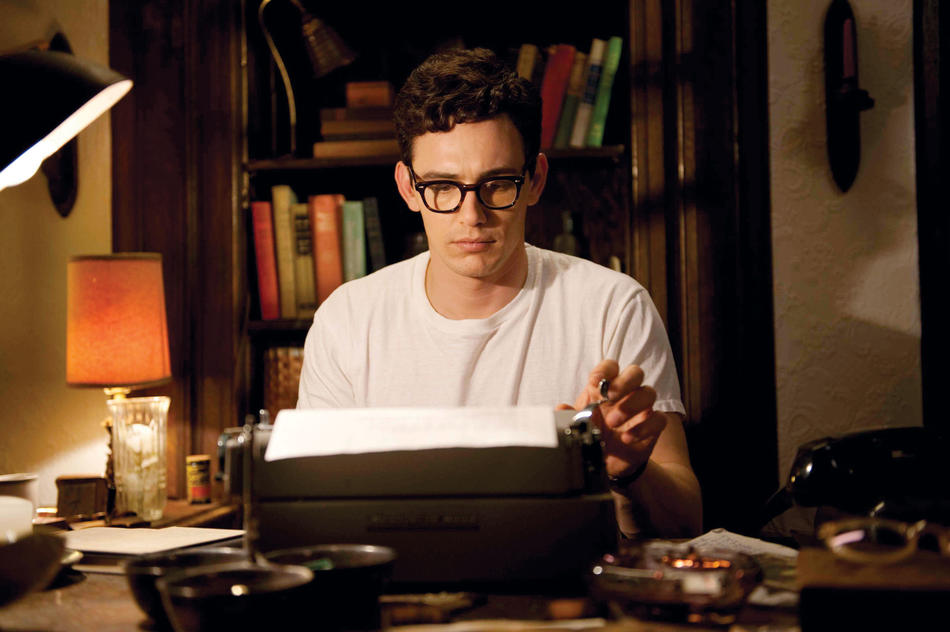 "I assumed it would never be published,” says the young man who plays Allen Ginsberg in the new movie Howl, “so I could write anything I wanted to.”

Howl, a meditation on Ginsberg ’48CC and the 1957 obscenity trial over a certain long, rapturous poem, will be best remembered for the achievement of its lead actor. On its face, the casting of James Franco seems perverse. How do you reconcile the 32-year-old actor, whose multiple identities include Hollywood hunk and hyper-matriculating grad student (he’s currently enrolled in Columbia’s MFA writing program and at several other schools), with Irwin Allen Ginsberg, the homely, haunted, self-conscious poet who was expelled twice from Columbia for “publishing obscene odes on the window” and who, unlike Franco, did not have a recurring role on General Hospital? Franco, who once played James Dean and was Salon.com’s “Sexiest Man Living 2009,” would seem more likely to be the object of Ginsberg’s amour than an interpreter of it. He’d be Jack Kerouac.

But Franco is a step ahead. He renders his subject with such intelligence and care that he makes us forget his own beauty, while revealing Ginsberg’s. Speaking the poet’s own words, which were taken from “Howl” and from transcripts of interviews, Franco, in horn-rims and mustard-brown flannel shirt, not only snares the young Ginsberg’s middle-class New Jerseyite tonality, his searching, rabbinical cadences, his wistful eyes and verbal tics (like the little pedagogical grunts of “right?” that punctuate his explication of his art), but also summons the poet's charm, sensitivity, vulnerability, shrewdness, sadness, and endless yearning. It’s the difference between a masterly impersonation and a subtle dramatic performance.

“Writing,” Franco’s Ginsberg says at one point, with a deep breath and a conjuring motion of the hands, “comes from the body.” As Franco makes plain, so does acting.