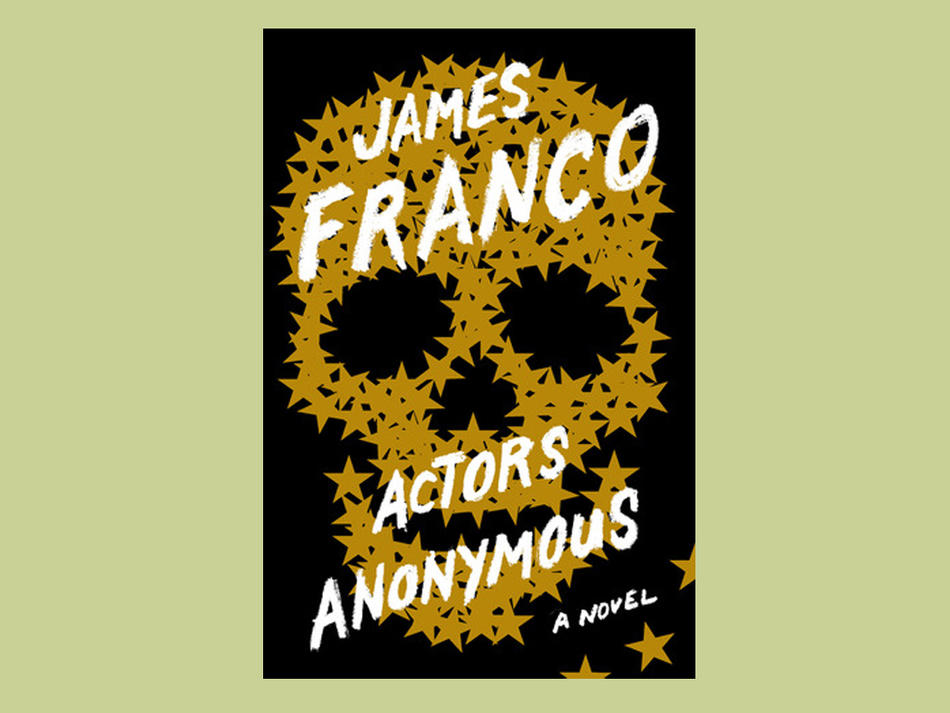 Toward the end of the novel Actors Anonymous, a nameless narrator says that his thoughts are “the testimony of someone who wears a mask.” It’s a fitting line from the author, the actor James Franco ’11SOA, who is famous for wearing many public masks (actor, director, academic, writer), while keeping his personal life quiet.

The novel, which comes after Franco’s short-story collection Palo Alto, consists of a series of anecdotes about struggling actors — a McDonald’s worker who uses his shifts to practice accents, a recovering addict who watches old movies with a washed-up actor, a former child star recalling his fame and sexual exploitation — in a sort of twelve-step support group. These are interspersed with chapters from the group’s leader, sounding a lot like Franco himself, who breaks away from the narratives to share his insights into Hollywood: “Many of us have entered into this craft to escape reality,” he says, and “I’m like a sophisticated prop.” Sometimes these sections read like a rant or even a self-help book, but at other moments they reveal a vulnerable, generous narrator eager to spill his secrets. Franco deftly switches between these different characters’ voices and fearlessly experiments with form throughout the book: one section is a screenplay, while another is made up entirely of footnotes. But what makes this book so powerful is Franco’s own confessional voice. Perhaps this is finally a personal introduction to a man ready to be unmasked himself.