Book Review: "Alan Lomax: The Man Who Recorded the World" 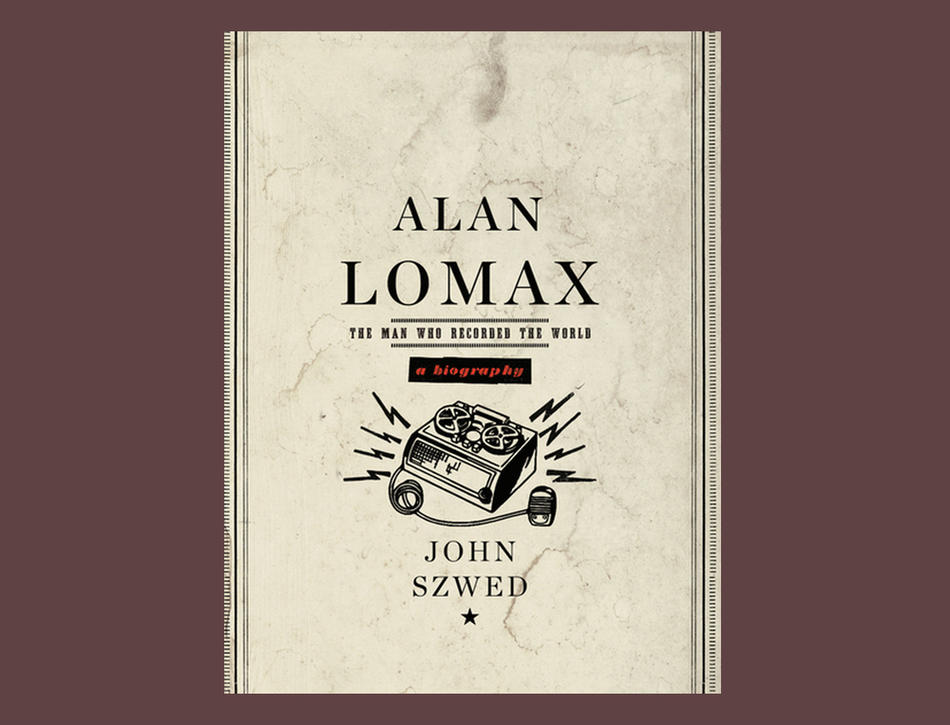 “The voice of that skinny little black woman,” Alan Lomax wrote decades later, faithfully reproducing the juvenile romanticism of the moment, “was as full of shakes and quavers as a Southern river is full of bends and bayous . . . As the song ended, she was weeping and saying over and over, ‘O Lord have mercy, O Lord have mercy.’”

His epiphany had a second part that connected the spiritual with the sociopolitical. A few miles down the road, at the Smithers Plantation in Huntsville, the Lomaxes recorded black tenant farmers singing the hard truth of their lives: “His clothes is full of patches, / And his hat is full of holes, / Stoopin’ down, pullin’ cotton, / From the bottom boles, / Poor farmer, poor farmer, poor farmer, / They git all a farmer makes.”

“I saw what I had to do,” Lomax said, looking back 64 years to his 17-year-old self and adding the mythifying note: “My job was to get as much of these views, these feelings, this unheard majority, onto the center of the stage.”

It’s one thing to feel a sense of mission, another to fulfill it. That Alan Lomax did fulfill it, on an unprecedented scale and as far as was humanly and technologically possible in his time, we learn from Alan Lomax: The Man Who Recorded the World. John Szwed, the author of this comprehensive and acute biography, and a professor of music and the acting director of the Center for Jazz Studies at Columbia, takes us with Lomax time and again, at home and abroad, down backroads and across savannas into unknown country. We watch this formidable Texan engage with the locals, find his way to the most primordial and essential musicians, and come away with hundreds, sometimes thousands, of recordings and interviews that are accompanied by their cultural and sociohistorical context, ready for broadcast, archiving, and release. Even today, listening to Lomax’s field recordings can shock a listener from his comfort zone into musical materia prima as elemental as earth and breath and blood, or startle us with a refinement that seems to come out of nowhere.

Szwed seems in effortless command of a complex field of action. His writing moves without strain, from the general to the particular, from the big picture to the small, and he possesses an intellectual and scholarly range appropriate to his subject. As for the defining period of the New Deal, for instance — when Lomax, based at the Library of Congress, was given extraordinary scope and resources — Szwed gives us a masterly compound picture of the politics and aesthetics of the time, including a wealth of bureaucratic struggle, the still-vexed question of copyright and royalty payments, and Lomax’s deep engagement with such iconic figures of the period as Lead Belly, Woody Guthrie, and Jelly Roll Morton.

When, in 1938, Lomax first met Morton, a seminal but forgotten New Orleans musician running a nightclub in a corner of Washington, D.C., he viewed jazz as the enemy of all he held dear, his preference always being for the root above the branch. But with characteristic keenness he recognized the man’s musical and personal authenticity as soon as he heard him play and talk. Their long interviews, which, according to Szwed, invented the genre of oral autobiography, resulted in the classic 1950 book Mister Jelly Roll. The new commercial recordings Lomax secured for Morton restored to him, in his last years, the proper benison of his art.

Lomax left for Europe during the McCarthy years, and remained there for most of the 1950s. Based in England and working with the BBC, he recorded extensively throughout the British Isles and, via radio broadcasts and concerts, achieved a degree of celebrity he had not known at home. By the time of his visit to Spain in 1952 — which resulted in 11 LPs with authoritative commentary for Columbia Records — Lomax’s romanticism had been tempered by experience and honed to a gleaming edge. “I remember the night I spent in the straw hut of a shepherd on the moonlit plains of Extremadura,” Lomax wrote. “He played the one-string vihuela, the instrument of the medieval minstrels, and sang ballads of the wars of Charlemagne, while his two ancient cronies sighed over the woes of courtly lovers now 500 years in the dust.”

Lomax returned to the States in 1958 and settled in New York, where a folk music revival was gathering enough steam to look like an engine of significant social change. He threw himself into the center of another convulsive American epoch, mentoring young musicians; writing articles, books, and ballad operas; producing records, concert series, and films; and battling sectarian academics and citified popularizers. He was perceived as a purist even as he welcomed rock ’n’ roll as an authentic American idiom.

Arguably, no one else in view could equal Lomax’s depth of experience and scholarship, but he was hardly the only man present who thought himself best qualified to run the show. (Notwithstanding the guidance he received from Margaret Mead, writes Szwed, critics “challenged nearly every aspect” of his research.)

He was involved in a number of territorial squabbles, including his literal wrestling match at the 1965 Newport Folk Festival with Bob Dylan’s manager, Albert Grossman, which Szwed almost convinces us was not about Dylan going electric but about the fair distribution of rehearsal space.

In his last years, getting fat, almost broke, despite awards and patronage (including that of Columbia University, which for a time housed his nearly infinite archive), with the IRS nipping at his heels, Lomax moved toward a more scientific approach. (For 27 years, he held the unpaid position of director of the Cantometrics and Choreometrics Research Project at Columbia.) It was a hard sell, both in the academy and on the street. In advance of digital technology, Lomax even envisioned a “global jukebox” through which those fundamentals could be pursued not only within cultures but across them. He was trying to get the concept funded when a stroke felled him. Lomax died in 2002 at the age of 87.

In the wake of Alan Lomax, many can speak for the passionately dedicated scholar of American music; others, bruised by the dynamo, have different tales to tell. Szwed details Lomax’s two marriages and many girlfriends, for instance, and the difficulty the unconventional households caused his daughter. For the most part, though, Szwed functions, persuasively, as an advocate for the man he calls “one of the most influential Americans of the 20th century, a man who changed not only how everyone listened to music but even how they viewed America.”