And Other Adventures in Listening. By Rick Moody '86SOA (Back Bay) 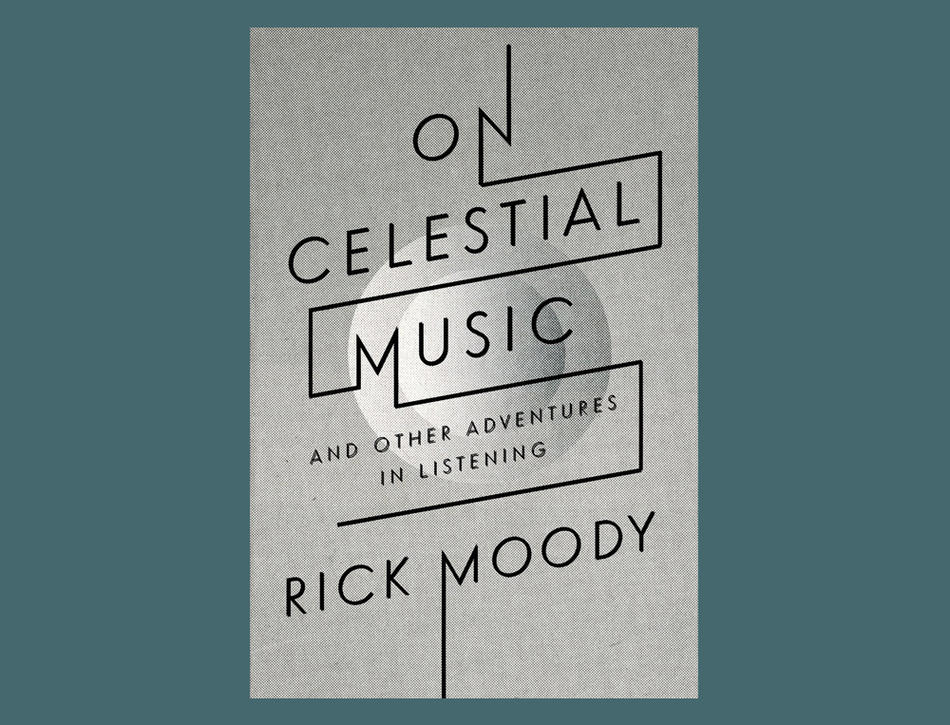 Ecstasy is a much-sought but rarely achieved state, an ineffable blend of joy and wonder. For novelist Rick Moody ’86SOA, the author of The Ice Storm and Purple America, this feeling has always come from music. “I could not hide the way I reacted when music was around,” he writes, “whether with tapping feet, or with impulsive singing, or with jubilation more egregious.”

Moody has spent his life chasing that feeling — studying, playing, and above all, listening. More than just a hobby, he writes, music is an essential part of his craft, one that he takes with him to his writing desk over and over again. Moody’s first book of essays, On Celestial Music, is an homage to this force behind his prose, and he attacks his subjects with erudition, wit, and glee. There’s something Whitmanesque in the scope and energy of these essays, which celebrate everything from the debauchery of the Pogues to the skewed tenderness of the evangelical Christian group Danielson Famile.

“Against Cool,” the collection’s opening salvo, sets the tone by considering the narrative possibilities of music through the evolution of the idea of “cool,” a slippery, constantly changing term that, after five hundred or so years of percolating, gained traction among the jazz musicians of the 1940s. In jazz Moody recognizes not only cool’s natural habitat but “a laboratory for the way in which the term gets disseminated: spontaneously, loosely in an improvisatory fashion, as a delineator of passions and moods and styles.” Carried through the ’50s by the Beats, who “yoked Miles and Bird to Whitman and Emerson,” the concept of cool found footing in Jack Kerouac’s feverish accounts of the jazz performances he attended during the travels that formed the basis of On the Road. To Kerouac, writes Moody, cool was “a perfume of the infinite, a wisp of the spiritual, in which improvisation and spontaneity enable numinous predisposition, access to the ether.”

The parallels between prose and song deepen in “Thirty-One Love Songs,” as Moody examines 69 Love Songs, the three-volume album by the Magnetic Fields, almost with an editor’s eye. He winnows the album’s sixty-nine songs to a tighter thirty-one, and adds some entertaining personal notes by recalling his shaky stints opening for the band — as he tells us, an author reading from his work is not always the best lead-in for a rock concert — and giving insight into the Fields’ quirky frontman, Stephin Merritt.

While many of the essays are earnest, “Guilty Pleasures” offers comic relief. Moody writes about the Brooklyn Record Club, a circle of friends who meet regularly to discuss their favorite songs. During the club’s “guilty pleasures” night, Moody contributes tunes by Frank Zappa and Jethro Tull, a choice that forces him to admit his love of the compositional complexities, bombastic presentation, and esoteric lyrics of progressive rock. “Many, many people have called Jethro Tull the worst band of all time,” Moody admits, which is why he is horrified to realize that he still likes them. Even worse, while Jethro Tull no longer tops his playlists, he reluctantly comes to recognize “prog rock” elements in some of the bands that do, including the experimental, digitally enhanced, mostly instrumental bands Tortoise, Godspeed You! Black Emperor, and Do Make Say Think.

Moody reserves his highest praise for “Some Propositions Concerning the Lounge Lizards,” in which he muses on the genius of bandleader John Lurie. Moody recalls his favorite concert ever, a forty-five-minute Lounge Lizards show at Lincoln Center in 1992, and Lurie, the band’s saxophonist and composer, responds in a phone call with his own memories: “There was so much love and strength. It was something that, while we were playing, could absolutely not be denied ... there was a mounting ecstasy and power that could not be stopped.”

Inventiveness, rebellion, and self-destruction — themes that persist throughout the collection — also define the final essays, illuminating not only the ecstasy of music, but some of the agony that comes with it. “The Problem of Impairment” focuses on the Pogues and their disheveled frontman Shane MacGowan. Moody takes this subject as an opportunity to discuss the intersection of drugs and music, and the complicated notion that many artists have produced their best work while high: “The problem with impairment ... is: can you love the artist despite what he or she has become? Or must you love them in the process of unbecoming? Can you bear witness to impairment without participating in it? Is it possible to love the drunk and hate the drink? Recognizing the infirmity, can you love an artist nonetheless?”

Only occasionally does Moody’s zeal tip toward excess, and most readers will welcome the author’s ardor and encyclopedic knowledge. In this era of holier-than-thou music criticism, it’s refreshing to find passion, intelligence, and unrestrained joy all in one package. Moody knows his stuff, and he makes readers want to know it, too; his rapturous dissections of popular music and its most intriguing practitioners will have music junkies dusting off their old vinyl or firing up Spotify to satisfy their cravings.