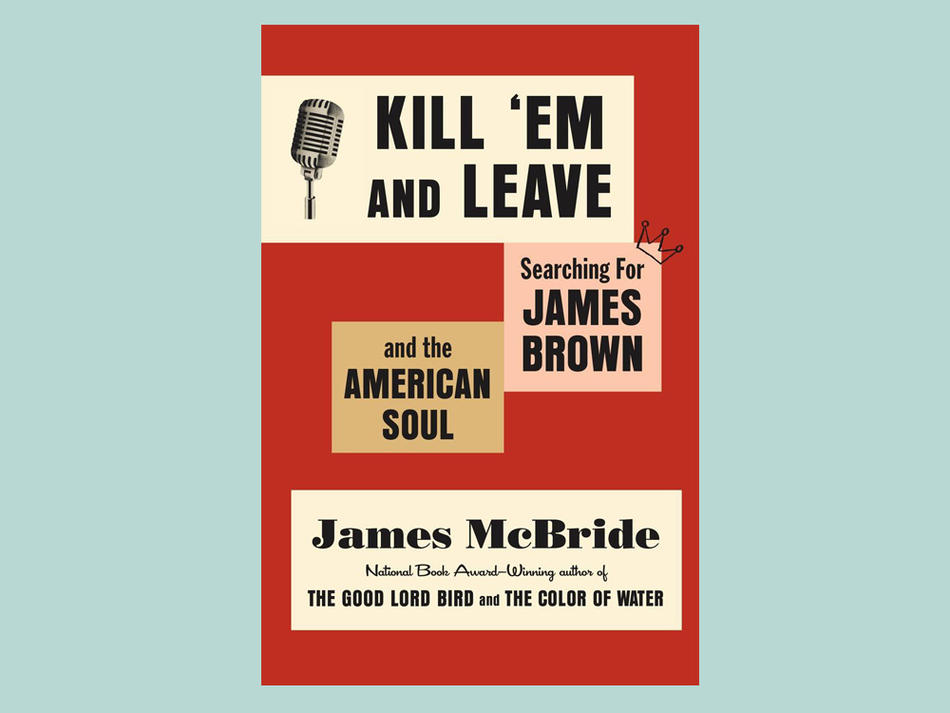 During his career, which spanned nearly five decades, James Brown was known as the hardest-working man in show business: he toured constantly, wrote 832 songs, sold more than two hundred million albums worldwide, and made forty-five gold records. It’s no surprise, then, that Brown’s life has been well documented — gallons of ink and mountains of celluloid have been spent chronicling his dirt-poor childhood in Georgia, rowdy tours through the chitlin’ circuit, and his rise from gospel singer to the Godfather of Soul.

But these milestones are of little concern to James McBride ’80JRN, an admitted lifelong fan who claims that Brown is “nearly as important and as influential in American social history as, say, Harriet Tubman or Frederick Douglass.” In Kill ’Em and Leave: Searching for James Brown and the American Soul, McBride eschews the conventional cradle-to-grave biography and sets off in search of the people who knew the musician best: friends, family, collaborators, former band members, and musical colleagues. Their testimony to the man’s complex genius makes for a far more compelling story.

In McBride’s last book, The Good Lord Bird, a novel that won the 2013 National Book Award, he painted an often unpleasant portrait of the legendary and much revered abolitionist John Brown. Here, too, his feelings about his subject turn out to be mixed. Most of the people he meets are respectful of James Brown’s work but deeply bitter about the way they were treated by him. Brown was, in his later years, a generous philanthropist, but McBride learns that he was also a hard-driving bandleader who fined and berated his musicians for the smallest infractions.

McBride has toured extensively as a saxophonist, and his background as a professional musician informs his account of his subject’s less-than-savory behavior on the road. It also makes him a reliable authority on the music. For example, he gives us a pages-long lesson on the virtues of funk music, often belittled by jazz musicians as too simple. “You must know when to enter the groove, and what to play,” he writes. “Funk — any good music, really — requires space.”

All of this is entertaining and insightful material, catnip for Brown, funk, and R&B aficionados, but McBride has higher ambitions, examining the many angles from which we have viewed Brown’s legacy in the decade since his death. At the beginning of the book, he states his purpose: “to walk through the carcass of a ruined, destroyed life ... to navigate the maze of savage lawyers who lined up to feed at the carcass; to listen to the stories of the broke musicians who traveled the world in glory only to come home with a pocket full of nothing; to make sense of the so-called music experts who helped themselves to a guy’s guts and history trying to make a dollar change pockets.”

Black life, Black culture, and the overall Black experience in America form the backbone of this consistently fascinating character portrait. As McBride makes abundantly clear, race was of paramount significance in the life and legacy of Brown, and his experiences of racial injustice motivated much of his bizarre behavior, especially concerning money, which he would stash by the thousands of dollars in bags and boxes — anywhere but the bank. That fear, writes McBride — “the knowledge that a single false step while wandering inside the maze of the white man’s reality could blast you back home with the speed of a circus artist being shot out of a cannon — is the kryptonite that has lain under the bed of every great black artist from 1920s radio star Bert Williams to Miles Davis to Jay Z.”

McBride succeeds in laying out some of the most unseemly moments in Brown’s life, challenging our assumptions about them, and showing how those assumptions have been informed and fed by deeper currents of racism. Fans of Brown and his music will be thankful that McBride brings them along on his turbulent journey through an endlessly complex tale. Kill ’Em and Leave is a passionate drama that properly fits the contours — as best they can be established — of its subject’s monumental life and afterlife.