By Marc Peyser '87JRN and Timothy Dwyer (Nan A. Talese) 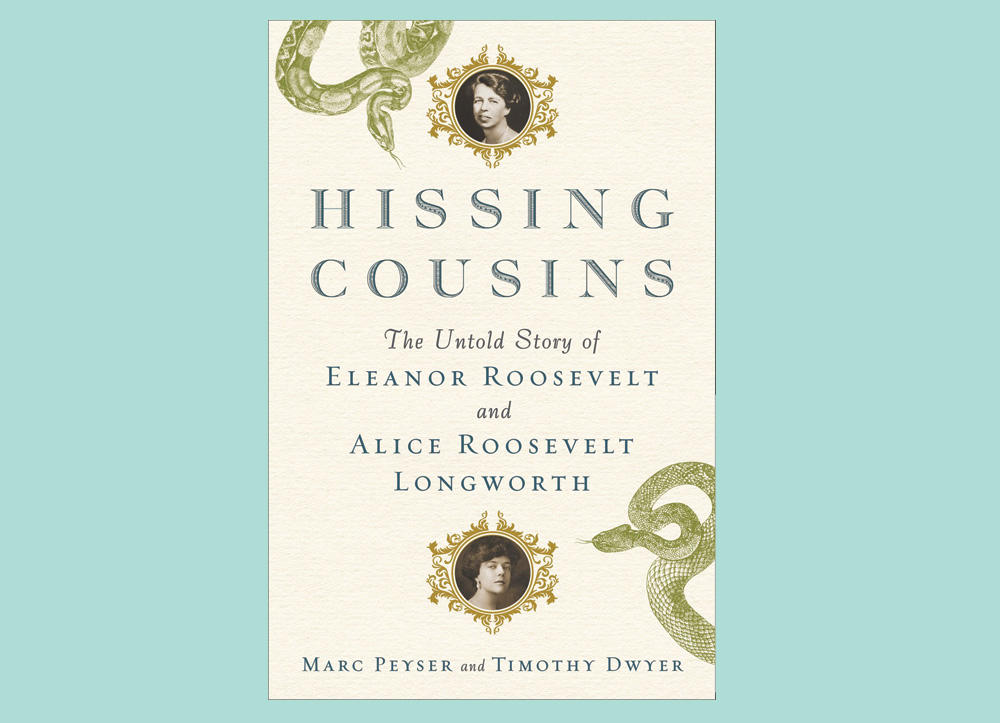 We all know Eleanor Roosevelt: fierce Democrat, fearless reformer, long-suffering wife of Franklin D. (she nursed him through polio and, like many other political spouses, always turned a blind eye to his wandering one). She never sought fame, but her passionate defense of human rights made her one of the most widely admired women of the twentieth century.

But at the beginning of that century, it wasn’t Eleanor but her first cousin Alice who had the world’s heart. The daughter of then­-president Theodore Roosevelt, Alice was the yin to Eleanor’s yang: confident, beautiful, and — gasp — Republican.

Their relationship wasn’t always easy, as Marc Peyser ’87JRN and Timothy Dwyer show in their delightfully juicy book, Hissing Cousins. Born eight months and twenty blocks apart into equally dysfunctional branches of the Roosevelt clan, Eleanor and Alice were largely raised together. As adults, though, their opposing politics caused an irrevocable rift, compounded by Alice’s jealousy as Eleanor began to step into the Washington spotlight. (Alice’s husband, Nicholas Longworth, was not destined to advance beyond the House of Representatives). As Alice said, “When I think of Frank and Eleanor in the White House I could grind my teeth to powder and blow them out my nose.”

The cousins’ rivalry was well known in its day — Eleanor and Alice even wrote competing newspaper columns — but this is the first account that gets into the nasty details. It’s an enormously entertaining portrait, particularly of the acid­-tongued Alice, who finally — in this book — manages to steal back the show.