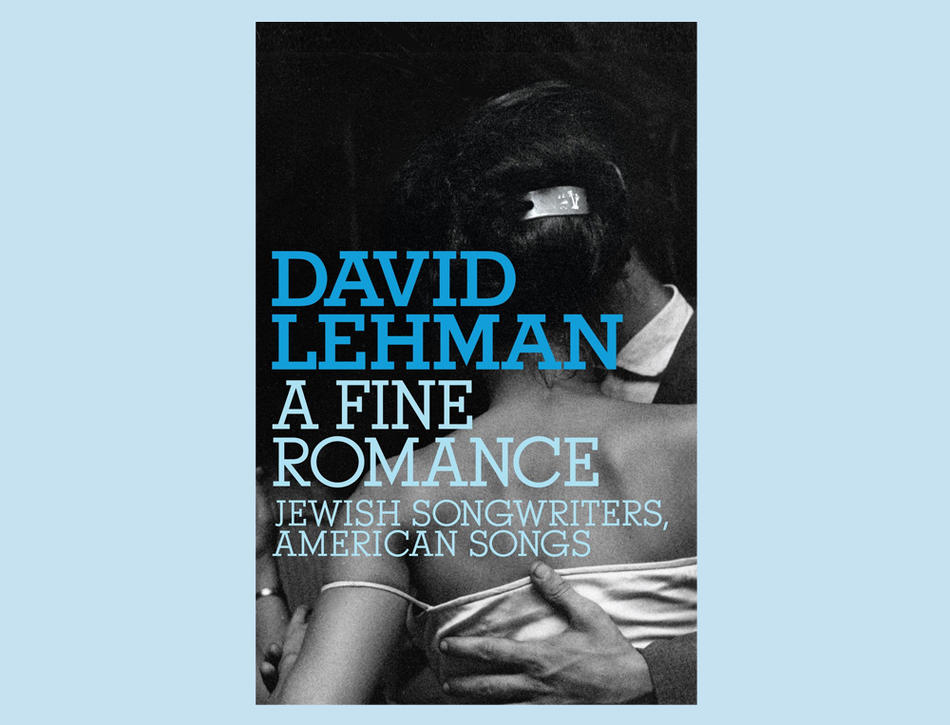 By the time Richard Rodgers met Cole Porter — at a 1926 dinner in Noël Coward’s rented palazzo in Venice — Rodgers ’23CC and his musical partner Lorenz Hart ’16JRN were already successes on Broadway. Porter was not. After dinner, the composers took turns at the piano, and when Rodgers showed enthusiasm for Porter’s songs, “Porter confided that despite his failures on Broadway, he thought he had finally figured out the secret of writing hits. Rodgers leaned over expectantly.

Years later Rodgers wrote, “It is surely one of the ironies of the musical theatre that despite the abundance of Jewish composers, the one who has written the most enduring ‘Jewish’ music should be an Episcopalian millionaire who was born on a farm in Peru, Indiana.”

It is one of the pleasures of A Fine Romance: Jewish Songwriters, American Songs, poet and critic David Lehman’s quirky romp through 20th-century American popular song — a book combining history, anecdote, memoir, poetry, and biography — that we can read stories like this about an enduring part of American culture.

“Whether you date the genesis to Irving Berlin and ‘Alexander’s Ragtime Band’ in 1900 or to Jerome Kern and ‘They Didn’t Believe Me’ in the first year of the Great War,” Lehman ’70CC, ’78GSAS writes, “sooner or later you have to explain what is Jewish about American popular song — apart from the simple fact that a great many of the songwriters were Jews.”

Is it a certain sound — “the minor key, bent notes, altered chords, a melancholy edge”? Is it “in the plaintive undertow, the feeling that yearning is eternal and sorrow not very far from the moment’s joy”? Or is it, in critic John Lahr’s words, “crazy jazz” that “incorporated the Jewish wail and the wail of the blues” — a mysterious amalgam that “links Jewish songwriters tonally and rhythmically with black singers and instrumentalists”?

Between 1880 and 1920, 2 million Jewish refugees came to the United States from Eastern Europe, and Lehman speculates on ways their immigrant experience informed their music. “It may sound like the ultimate paradox,” he hypothesizes, “but one distinctively Jewish thing about the authors of the American songbook is [their] determination to escape from their Jewish origins and join the American adventure.” Lehman suggests it was often in their “affirmations of American ideals as they understood them” that Jewish songwriters excelled. Consider, for example, that Irving Berlin, immigrant son of a Jewish cantor, wrote “White Christmas,” “Easter Parade,” and “God Bless America.”

Consider, too, Lehman’s remarks on the exuberant optimism of Rodgers and Hammerstein’s Oklahoma! “It is just possible that in the logic of displacement favored by Jewish songwriters,” he writes, “the relation of Oklahoma to the United States as a whole resembles that of the Jewish immigrants to the land that offered them and their kinfolk refuge from the . . . nightmares of Europe.”

Lehman defines the “effervescent heyday” of American popular music as 1914 to 1965, when the songs “fed a nexus of other arts and pastimes,” including jazz, Broadway musicals, Big Band music, movies, nightclubs, and “real or make-believe ballrooms.” He writes knowledgeably about the relations among popular music and jazz, gospel, and opera, and about the complicated relationships between Jewish composers and black musicians. He explores controversies — Jewish musicians being accused of stealing jazz, blues, and spirituals from black musicians; Porgy and Bess disparaged for containing “as many stereotypes” as Uncle Tom’s Cabin. And he reports on Benny Goodman breaking the color barrier in 1935 by hiring Teddy Wilson as pianist for his trio, and on Artie Shaw becoming the first white bandleader to hire a black female singer — Billie Holiday — as full-time vocalist.

Lehman chronicles the story of his own romance with American songs, and attempting to put music he loves in historical and personal contexts, he notes, for example, that in the same month that Oklahoma! opened, his “maternal grandparents were deported toRiga. Men in uniforms met them at the station, drove them to the Rumbula Forest and shot them.” Although such a juxtaposition may seem to have significance, Lehman is less than persuasive in suggesting that the significance lies in the fact that it was “important” for composers to “trumpet [their] patriotism . . . at a time when world Jewry faced the specter of annihilation.”

“It was the songbook to which I responded,” he writes more convincingly, “not the Jewish identity of its authors, though this was a source of pride for me, the son of refugees.” And writing about the songs themselves, he is a delightful guide to facts and tales. Who knew that “Over the Rainbow” was deleted three times from The Wizard of Oz before MGM allowed it to stay? Or that Artie Shaw, whose eight wives included Ava Gardner and Lana Turner, was a precision marksman, ranked fourth in the country? Or that, at 15, Richard Rodgers “saw the Columbia varsity show and decided right then and there that his life’s ambition was to go to Columbia and write the College’s varsity show?”

Best of all, Lehman invites us to reminisce with him — to remember how, when, and where we fi rst fell in love with certain songs, and to notice the ways we associate these songs with particular moments in our lives. He also laments the decline of the popular music he grew up on, and its displacement by new music that, whatever its virtues, “devalued cleverness and irony, not to mention the clarinet and the trombone.”

Porter, our most sophisticated songwriter, was acutely aware that a preponderance of the songs Americans loved were written by Jews. The popular music we think of as quintessentially American was crafted, for the most part, by immigrants and the children of immigrants — men and women who yearned to be thought of not as foreigners, but as Americans, whose identity they were themselves instrumental in creating.