Book Review: "How to Change Your Mind" 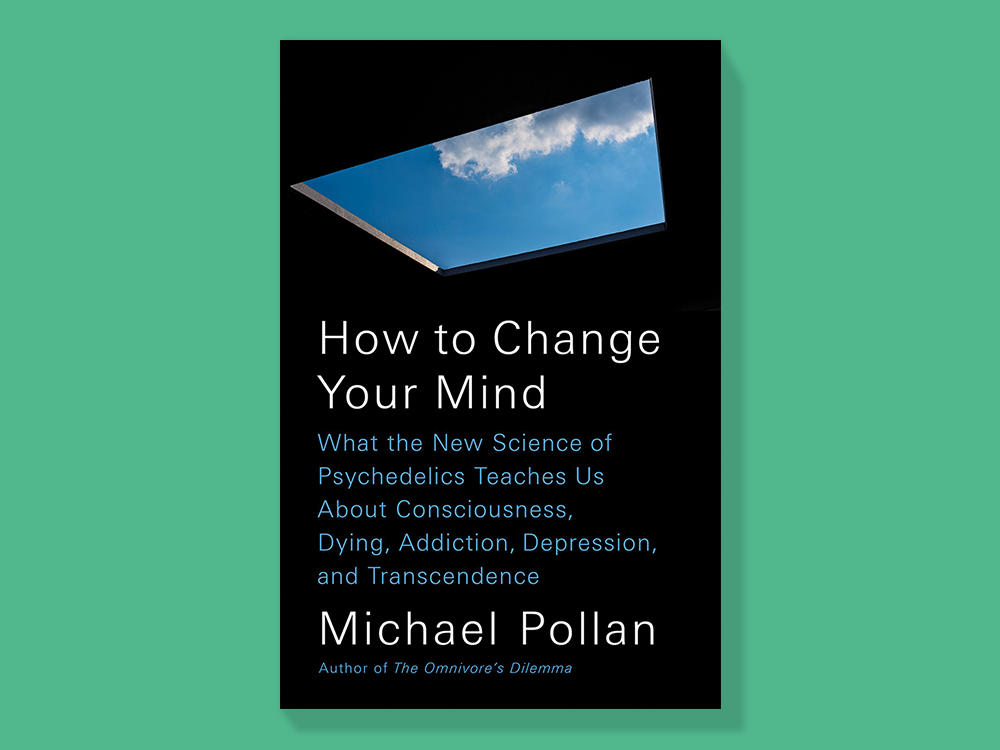 You generally remember your first time. I remember mine. I’d just turned seventeen and was given some by a well-meaning friend. The two of us were spending the afternoon goofing around in a recording studio, and I thought the stuff would wear off after a couple of hours. It didn’t. That moderate dose of blotter-paper LSD kept going and going, past the end of the session, during the car ride home (in which I hallucinated a golden retriever sitting next to me on the back seat), and on through a National Honor Society banquet, where my parents and I sat at a big round table in the high-school gym and listened to a local TV weatherman give a talk about “excellence.” This was 1983, not 1967. The very long tail of the sixties counterculture was still slithering through the party-hardy, Fast Times at Ridgemont High, Reagan-and-yuppies decade, and the whole experience, frankly, put a new spin on the notion of excellence. It was free of any untoward anything: no freak-out, no bummer, no leprechauns dancing on the chicken à la king. True to the spirit of the eighties, my first trip was more fun than life-altering, more like experience acquisition than vision quest. I dabbled a few more times (like almost everyone I knew), and that was it. I’m born to be mild, I guess.

Reading How to Change Your Mind, an utterly devourable exploration of the long, strange history — and apparent renaissance — of psychedelics by Michael Pollan ’81GSAS, I can now see that LSD (along with the extended family of consciousness-tweaking substances, including psilocybin and mescaline) is wasted on the young and the clueless. This companionable, illuminating gazetteer of the unexpectedly vast terrain of psychedelics, which finds Pollan journeying among far-flung laboratories and therapy rooms — where the terminally ill have been dosed to miraculous, mood-enhancing effect — and into the remotest outbacks of the human brain, including his own, is aimed directly at people like m — that is, the many of us who have written off psychedelics. It offers a convincingly grown-up case for the potential of drugs that, having survived decades of vilification, now seem poised to revolutionize several fields, from mental health to neuroscience.

Pollan, who is sixty-three, never touched a blotter or magic-mushroom cap until researching and reporting this book. He refers to this as a “dereliction of generational duty.” He somehow managed to escape the baby-boomer fascination with psychedelics, fueled by the Beatles, Aldous Huxley (who was injected with LSD on his deathbed), and, most of all, Timothy Leary.

Leary founded the Harvard Psilocybin Project in 1960, and Richard Nixon later deemed him “the most dangerous man in America.” For Pollan — and for the book’s admonishing chorus of researchers, psychiatrists, technicians, and therapists — Leary, who pushed acid out of the lab and onto the street, lives up to that description, at least when it comes to the cause of lab-centered research. “The force of the Leary narrative has bent the received history” of psychedelics, Pollan writes. Once the stain of counterculture set, it was impossible to get out, reducing the field to a “scientific embarrassment.” LSD became illegal in 1966, and most psychedelic research programs closed shortly thereafter.

How to Change Your Mind is on a mission to unbend the psychedelic narrative, away from the patchouli, the batiks, the endless replaying of “White Rabbit,” and toward its use as a respectable form of therapy. Pollan reminds us that Cary Grant claimed LSD turned him into a happy man. Steve Jobs counted it among his crucial life experiences. (Pollan makes a strong case for the foundational impact of LSD on Silicon Valley.) Robert Kennedy called it “very helpful to our society if used properly.” (He probably never used it, but his wife reportedly did.) Along the way, there’s an appropriately dizzying parade of trippy facts: that dogs, cows, and horses like to munch magic mushrooms, that early man’s psychedelic experiences may have led to language and higher consciousness (the “stoned ape” theory), that 1950s-era LSD experiments advanced the field of neurochemistry, leading to Prozac, Zoloft, and the rest.

There are plenty of colorful characters in How to Change Your Mind too: scientific visionaries, lab-coated psychonauts, mushroom hunters, “microdose” enthusiasts, and occasional New Age flakes. But perhaps the greatest character is Pollan himself, who, after consulting with his cardiologist, embarks on a series of successive trips, which he details with good-natured detachment, humor, and even beauty. Pollan recounts odysseys on LSD, psilocybin, and, most vividly, the crystallized venom of the Sonoran desert toad, smoked like crack: “Like one of those flimsy wooden houses erected on Bikini Atoll to be blown up in the nuclear tests, ‘I’ was no more, blasted to a confetti cloud by an explosive force I could no longer locate in my head, because it had exploded that, too.” Some toad.

Henry James purportedly wrote, “Tell a dream, lose a reader.” But these waking dreams of a middle-aged latecomer — who convincingly describes peeing into a toilet while on mushrooms as “the most beautiful thing I had ever seen” — hold a reader at full, mesmerized attention. I’m not sure I’m ready to re-dabble — or smoke a toad — and thankfully, Pollan, ever wary of Leary’s ghost, does not proselytize. But he does make a compelling argument for psychedelics to be taken seriously, particularly as tools for treating severe mental illness, depression, and anxiety. The author’s previous bestsellers The Omnivore’s Dilemma and In Defense of Food recalibrated the conversation about how we feed ourselves. How to Change Your Mind will surely recalibrate the conversation about feeding our heads — and, possibly, our souls.

Top Stories
Book Review: Horse
Can the World’s Religions Help Save Us from Ecological Peril?
What Declassified Government Documents Reveal About America’s Dark Secrets
Is Objectivity in Journalism Even Possible?
Learning to Live with the Voices in Your Head
All categories >
Read more from Mark Rozzo