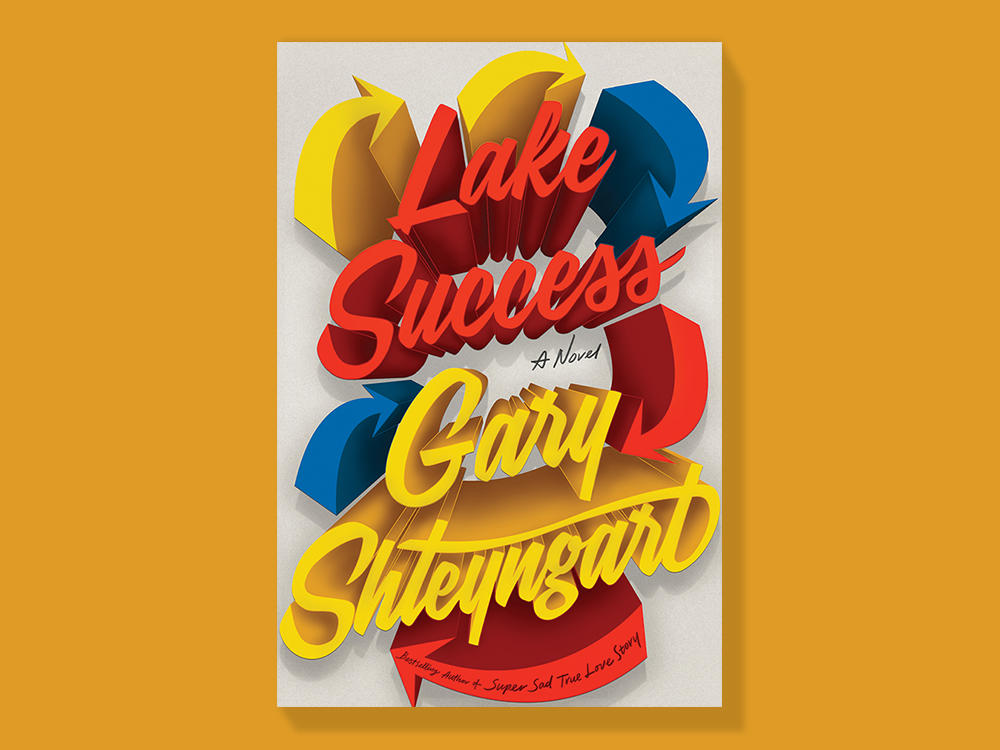 It’s 2016, the first Summer of Trump, and a drunk Barry Cohen has stumbled into Port Authority and demanded a Greyhound ticket to Richmond, Virginia. He’s in search of his long-lost college girlfriend, Layla Hayes; though he hasn’t seen her in decades, memories of their years together at Princeton have filled him with blinding nostalgia. Barry is running at once toward the fantasy of Layla and away from his real life in New York City: his loveless marriage to an intimidatingly smart younger woman, Seema; his heartbreaking relationship with his son, Shiva, who, at age three, is severely autistic; and a looming SEC investigation into the hedge fund he manages.

Unlike Shteyngart’s previous books (The Russian Debutante’s Handbook, Absurdistan, Super Sad True Love Story, and the memoir Little Failure), Lake Success doesn’t mine the Russian-American experience, which feels like a significant departure for Shteyngart, an assistant professor at Columbia’s School of the Arts who immigrated to New York from St. Petersburg when he was seven. Even so, readers familiar with his work will quickly recognize the author’s incisive explorations of ambition, class, and wealth.

Lake Success is populated with strivers — especially Barry, raised modestly in Queens, who now oversees $2.4 billion in assets, casually drinks $33,000 bottles of Japanese whisky, and can’t meet a person without sneaking away to look up the value of their apartment on Zillow. (Parallels to Trump, who ascended from the outer boroughs to a literal golden tower in Manhattan, are clear and expertly drawn.) Eventually the mission to find Layla evolves, and the Greyhound trip, in Barry’s romantic reveries, comes to represent the chance to break away from his troubled life and the moneyed way he views the world — the chance to learn about what Trump has claimed as his America, what’s touted as the real America. “I came on a Greyhound bus!” Barry likes to proclaim. “I felt like I needed to see the country as it really is.”

Along the way, he scores crack in Baltimore, suffers a breakdown in Phoenix, and has a cringingly awkward stay with Layla’s parents in Richmond. He finally finds Layla in El Paso, and as he falls into an effortless intimacy with his former love and her son, there’s enough space in the narrative for us to ask painful questions about what’s stopping him from having the same kind of relationship with his own wife and child back home. Barry is so divorced from reality that he spends his days tooling around El Paso, reveling in the suburban Texas lifestyle: why, he wonders, did “people who were just upper-middle-class in New York [choose] to stay there, given that they could live like minor dictators in the rest of the country?”

The novel seamlessly zips between the perspectives of Barry and his wife. Seema is still cooped up in the family’s swanky New York high-rise, with a menagerie of nannies and a calendar full of awkward playdates, but her story is as compelling as Barry’s impulsive exit. Whether she’s eavesdropping on a conversation between SoulCycle moms (“Poor Barbara, one of her kids is autistic, and the other goes to BU”) or musing on Barry’s Jewishness, Seema manages to be sharply critical of the one-percenters around her while never forgetting that she’s become one of them. While Barry is off chasing his college sweetheart, Seema falls into her own romantic relationship with an upwardly mobile, pretentious novelist, and the scenes with him are particularly funny and insightful. Seema is such a complicated and nuanced character that we can understand both her annoyance with and her attraction to this man; and their conversations about immigration, class, and Trump manage to tackle complex contemporary issues without ever straying toward cliché.

Shteyngart’s novel is among the first crop of fiction to confront the Trump presidency and the ensuing cultural rift in our country — Salman Rushdie and Curtis Sittenfeld have also recently come out with such books. It’s a difficult topic, but Shteyngart succeeds in spades, with biting humor and deep empathy for his characters. Lake Success is an unapologetically political book without a didactic line in it. It’s also a ferociously funny and devastating look at a family — and a country — in crisis.