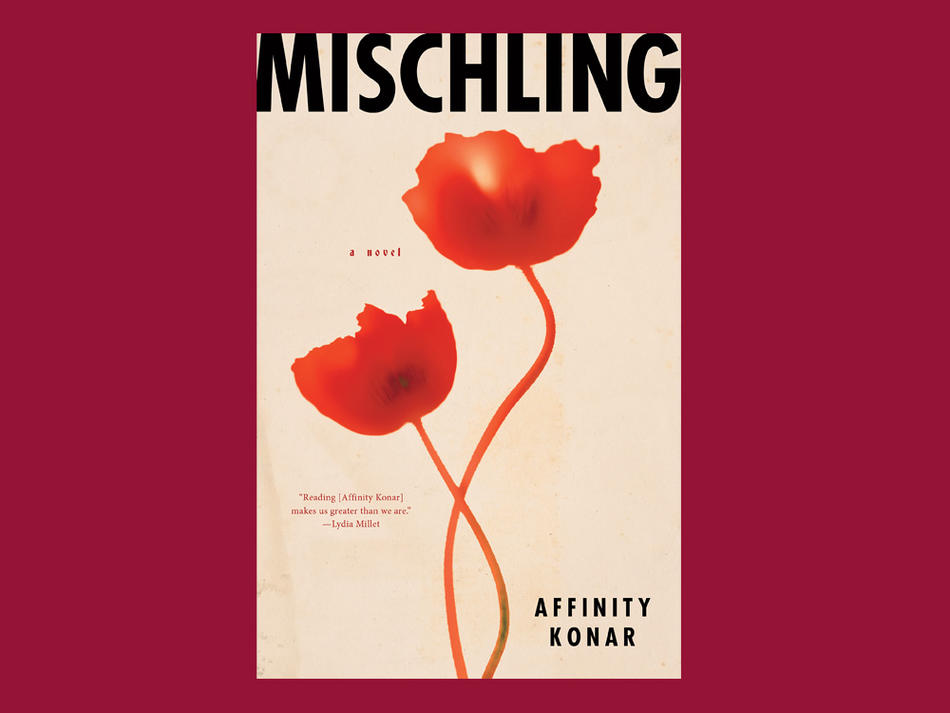 Few authors would have the nerve to spin an uplifting fable out of the true story of two twelve-year-old girls who were tortured and maimed at Auschwitz. But Affinity Konar ’08SOA went there. And the result is at once marvelous and strange.

The novel opens with identical twins Pearl and Stasha arriving at the concentration camp, where they are selected and inspected by infamous Nazi doctor Josef Mengele. “He drew us out, made us turn for him, and had us stand back to back so he could appreciate the exactitudes of us,” says Stasha.

With their blond hair, the girls are at first mistaken for mischlinge, the word the Nazis used to describe people of mixed Aryan and Jewish descent, but what ultimately saves them from the gas chamber is the fact that Mengele prizes multiples. He collects twins and triplets in a human “zoo” and subjects them to sadistic experiments in the name of his genetic research. One twin might be injected with a disease, or have a limb or organ removed, while the other serves as the control.

Stasha and Pearl resist Mengele’s attempts to separate them. They have a tight bond, are deeply intuitive, and resolve to operate as one. Pearl quickly makes a plan to divide up the responsibilities of life between them: “Stasha would take the funny, the future, the bad. I would take the sad, the past, the good.”

In Auschwitz, the girls’ ability to comfort and sustain each other helps build their resilience. But this bond, while a source of strength, is also their greatest vulnerability. They live in fear of being separated. And when the girls are forced apart and experiments eviscerate them — literally — their will to live is sorely tested.

Mischling is a tough read, and some chapters may actually provoke nausea. The fact that its young narrators detail their suffering with such aching banality only amplifies the horror. Many reviewers have marveled at the book’s brutality, but it seems appropriate that the twins’ fortitude, love, and imagination, while inspiring, should not eclipse the nightmare of their experience.

If it takes guts to read this book, it certainly took guts to write it. Konar, who is of Polish-Jewish ancestry, has said that the story is based partly on the testimony of Auschwitz survivors Eva and Miriam Mozes, and in an interview with Publishers Weekly she admits to feeling “plagued by doubt” when she wrote it. Her caution seems prudent. Some critics have challenged other attempts to “stylize” the Holocaust (Nobel Prize–winning novelist Imre Kertész famously decried Steven Spielberg’s Schindler’s List as kitsch, asserting it took away survivors’ only real possession: their “authentic experiences”). And in 2016, the issue of “cultural appropriation” has certainly escaped the safer confines of polite academic discourse. Witness the recent social-media explosion after Lionel Shriver ’78BC, ’82SOA donned a sombrero to defend the novelist’s right to “try on other people’s hats” and said political correctness was becoming a threat to creativity.

Who has the right to speak for Miriam and Eva Mozes, for their grandparents, parents, two older sisters, cousins, aunts, uncles, and the six million others who died in the Holocaust? Should a writer feel free to exercise her imagination outside the boundaries of her own experience, even though her artistry will transform the survivors’ story? Affinity Konar may or may not speak for the hundreds of twins and triplets murdered by Josef Mengele, but one thing is certain: Mischling, which is already popular on the book-club circuit, will ensure that at least one version of their story will be heard.