The Levantine Writings of Jacqueline Shohet Kahanoff, edited by Deborah A. Starr and Sasson Somekh (Stanford) 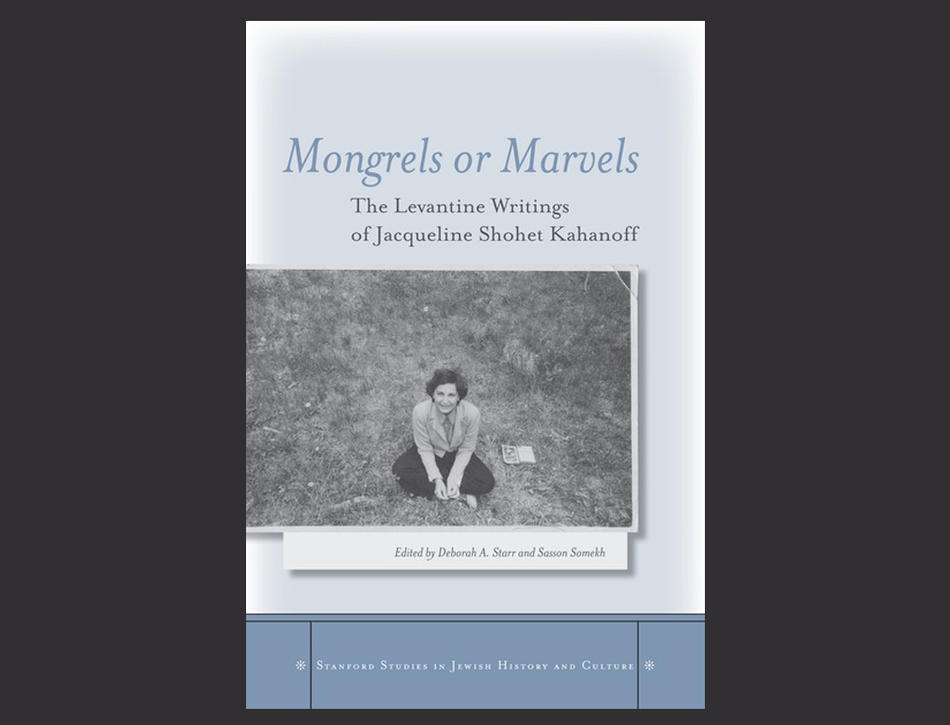 The Israeli essayist, journalist, and novelist Jacqueline Shohet Kahanoff ’44GS, ’45JRN never felt fully at home. She was a French-speaking Jew in Egypt, an Egyptian in the US, and an Oriental in Israel. She was born in Cairo in 1917 and grew there into an intellectually curious young woman, baffling her parents and middle-class community with her ambition to make her creative mark. She came to the US in 1940, earned two degrees from Columbia, and began her literary career with short stories that drew directly from her life in Egypt. Her first novel, Jacob’s Ladder, was published here in 1951 and was well received, but America left her cold. She moved to Paris, was disappointed with France, and settled in Israel.

Kahanoff arrived in Israel along with waves of Jews from the Arab world. She was troubled by the Israeli establishment’s effort to stamp out the new immigrants’ “primitive Orientalism,” which didn’t suit the country’s socialist ideal. In response, Kahanoff developed her notion of Levantinism, a multicultural society she hoped would extend beyond Israel and into the entire Middle East. It’s a theme that evolves through this welcome collection of essays and fiction. We read about her girlhood in Cairo, where none of her friends knew Arabic; we marvel that her parents rented her room to a nice young man from Algeria who turns out to be Ben Bella, the revolutionary and later the president of Algeria; and we understand, as she didn’t, that the conclusion of her final piece (an essay on Sadat’s 1977 visit to Jerusalem written two years before her own death) was illusory: “Now everything can start here anew."

Top Stories
The Simple Questions That Can Prevent a Suicide
Book Review: Horse
Lets Talk About Sex on YouTube
New Smart Helmet Could Spot Concussions in Real Time
How the Mankiewicz Family Got Their Hollywood Ending
All categories >
Read more from Michael B. Shavelson